Teens Five and Roxy find themselves in a new world where they are confronted by elves. The two are confused as to their new situation, but soon they learn that the elves are constantly under attack by a beastkin tribe. In order to survive the village chief, Menzo, allows the two to live in their territory and leave after their enemy is defeated. This is how two humans were adopted by elves. *Completed* Current Episode: Four / Four Status: Finished [mehr][weniger]

Haven Evans The Mischeivious Elves
Santa is turned on by his elves and he finds one little elf who is still on his side. [mehr][weniger]

Years have passed since the Morris family moved to Elkiron. While exploring caves in the area, Celia, Abigail's daughter, and Jarren, Bryce's son, discover a cave with unusually strong magic inside. With the help of Shalee, their secret friend, they enter the cave and awaken a race of magical beings that were thought to be extinct - the Sciint. While the elves rejoice at the return of the Sciint, another ancient race discover the elves' location. The Kardon, ancient enemies of the elves, attacked them years ago and forced them to leave their ancient elven planets and flee to Elkiron. Celia, Jarren, and Shalee must find a way to protect the Elven worlds from the Kardon.With the help of the Sciint, Celia and Jarren return to the ancient Elven worlds to search for powerful artifacts that could help save the Elves. When Jarren disappears from Elkiron, Celia and the Sciint try desperately to find him. Meanwhile, Jarren is forced to fight for his life and find the strength to believe in himself and his own abilities. [mehr][weniger]

I don't want to spoil this book from a description so read it and find out.

Donald A. MacKenzie Elves And Heroes
Donald Alexander Mackenzie (24 July 1873 – 2 March 1936) was a Scottish journalist and folklorist and a prolific writer on religion, mythology and anthropology in the early 20th century.Mackenzie was born in Cromarty, son of A.H. Mackenzie and Isobel Mackay.[1] He became a journalist in Glasgow and in 1903 moved to Dingwall as owner and editor of The North Star.[2] His next move, in 1910, was to the People's Journal in Dundee. [mehr][weniger]

Kalai Selvi Arivalagan Down the Hill

An interesting ride on the hill brings Joe unbelievable experiences. Elves that roam around the hilly forest lend their hands to Joe to rescue people. Do you believe this? [mehr][weniger]

alastair macleod The Bridegroom and The Elf Maiden
"He played his fiddle in the woods as well as in the open glades. His work in the forest took him deeper and deeper each day away from the hut till one day he said to himself “Why do I walk so far each day I’ll build myself a hut nearer to my work.” And so deep in the forest he built himself a grand hut snug and warm. When he left the old hut he said to the house elves “follow me and the cow, and you shall live well, for this house will soon grow cold, I’ll not remain here.” [mehr][weniger]

Dawn Wright Fleeting Love
A short story of the best and worst moment in Rivaea Venator's life. A elven girl who was left alone and shunned by her our clan because of some crime her parents committed. Seeking answers and receiving none she accepts her role as best she can and finds solace with her clan mate Talon, until fate decrees otherwise. [mehr][weniger]

Sarah Berry Cospa's Mercy
Three young elves try to find the Seven Leafs of Cospa after they're village is burned down, so they can bring down the greatest evil of all. [mehr][weniger]

and other folktales of Orkney

Five modern folktales from Orkney; The Three Herons, The House Elves of Breck, The Trolls of Trolla Vatn, Horda and Junka, The Elvar Wedding. [mehr][weniger] 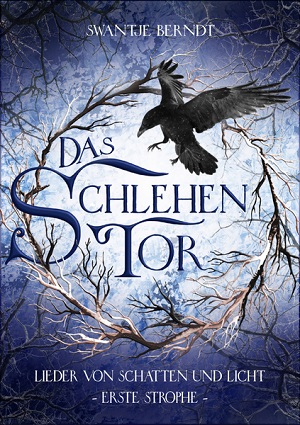