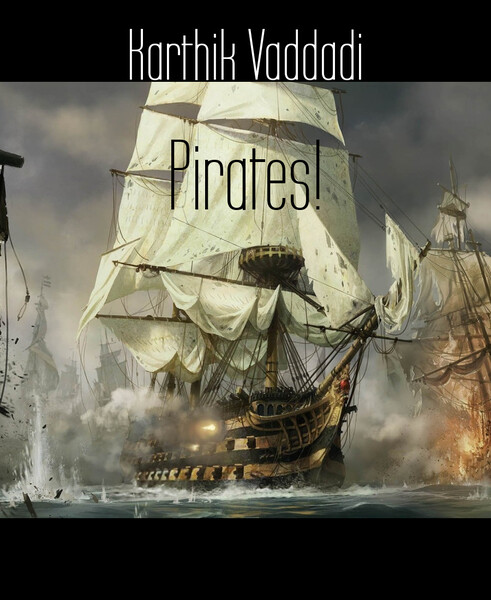 Edward Norrington was circumspectly revising the letter on the table in front. It was addressed to Elizabeth Norrington, his daughter about his well-being during a voyage to the Caribbean. He has been sailing for four weeks and was expected to complete the negotiations with the French in a few days. The shining silver plated ink pot and the way how the neat black coat of his was hanging on the empty chair, brushed and ironed told his systematic way of cleanliness and how he opted to keep his surroundings tidy. He was inside his cabin of the HMS Poseidon named after the Greek god of the seas.

He pushed the chair aside and lumbered out to reach the deck for the feel of fresh air. As he reached the upper deck he felt that the crew didn’t like him to come out of his cabin. But he ignored them; he wanted to take a break from keeping records of the journal as he had enough time to fulfil his objectives.

Captain James Collingwood was at the wheel. He observed Edward coming out

'Good Morning, Mister Edward' he had a very loud voice. Loud enough to be heard from any part of the ship

'Good Morning' Norrington had a forced smile on his face. Walking to the Captain, he asked

'Where are we in course?'

'We should reach Havana within a day without any nature interference. But an expected storm is to be encountered in our voyage. But I can ensure you safety. It won’t be long enough. A few hours and we’ll be out. Leaving that aside what are you to do with the French?’

‘It’s all about trade negotiations. Well, the Queen has been sending reserves to Havana, gold mined out of African territories so that it would be helpful to establish a new empire if we were outrun in Europe’

‘Precisely! But the French have wanted to supply some of their power if they had a deal. On the contrary, the Queen distrusting their colonial quality, has proposed a deal that would bring ten times gold to her if she gave over some of the African countries’

‘They would get more gold then. From the mines’