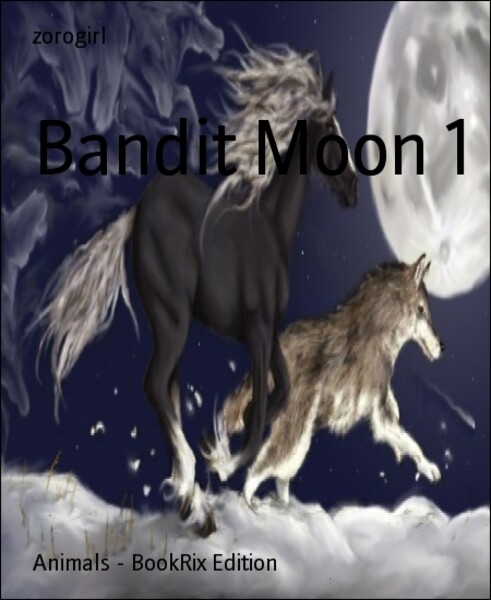 Poor bandit, he was a monster, part border collie-part wolf he was a killer and he THOUGHT no body loved him. In bandit dreams he was not a killer and little girl with wide open space, horses, cows, pigs, so……. Pretty much a big farm with animals and a little girl that loved him very much, and bandit loved her. But in the middle of bandit’s great dream he smelled something, something not right…. A hunter. But the hunter was not hunting wolves he was hunting deer but bandit did not under stand that after what happened to his mother. He saw his mother shot by a hunter so after he woke up from his flash -back the first thing he set his mind to and did was kill the hunter. After he killed the hunter he really thought about what he did he hated his self. So… he wonder around the woods and just pictured the image of the dead body he finally looked up and saw his dream a little girl riding a beautiful white and black gyspy vanner in a cow pasture with a border collie that was herding the cows. And bandit knew this is what he wonted. This was his dream.

Widmung:
bandit moon is about a border collie/wolf trying not be a killer