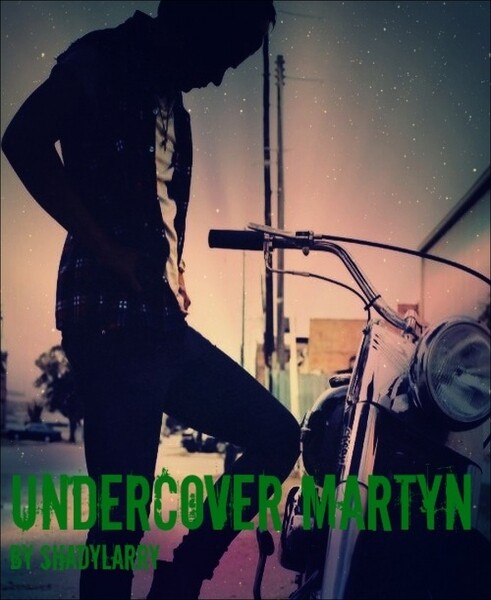 What are we gonna do?

This story was thought up by the song Undercover Martyn by Two Door Cinema Club. It may also contain a bit of Zeronica ( Zayn and Veronica)

Me and my sister,Veronica, live on a different planet. Of course aliens are hard to believe. We are just like planet earth is why. We aren't what those earthies make us out to be. The only difference between us and people on planet earth are we are nocturnal and we have way cooler weapons and transportation. Some may be walking the earth among those earthies blending in.

Now that I gave you of description of my fair veiws I should tell you that I Louis am the king of Planet 5 and I have been since the passing of our parents. Me and Veronica may have to go down earth due to the rest of the planets finding out its just us two on Planet 5.

I lay on my bed listening to Niall strum his guitar to the beat of our new song. Zayn sits in my computer chair in his moody state. His a little bummed about losing his girlfriend, Perrie.

Niall stops playing his guitar to look at me.

"I was thinking maybe we need someone who can play electrical guitar like a god."

"Why? Are you trying to say we suck?" Zayn says.

"No no no I'm saying we need someone who can livin' up te band a bit."

"Well...what do you wanna do about it?" Zayn asks absent mindly.

"We can put up posters around the neighbourhood.

I get up from my spot. "Zayn turn the computer on."

"Mm guess it's the last thing I'm turning on"

"C'mon Zayn don't be so upset about her." I tap him lightly. "At least you can spend time with your best friends."

"What are we gonna put lads?"

-In need of a Electrical Guitarists.

-Bring your own electrical guitar.

"We should put these up then." I say impatiently. I admit I might be a little too excited about this. A million daydreams flash through our heads rockin' out with this mystery man. Or woman although not the greatest idea.

I always wondered what it was like to live on planet earth. I've been thinking about it all last night. I'm already home sick and I haven't left my planet yet.

Louis walks into my room. "Hey babe, Why do you look down Rony?"

"What if I'm not comfortable with life on Earth?"

"Anyway I've already put the bags in the spaceship. Ready to go?" I pout.

"C'mon cheer up! I don't wanna talk to a sour alien throughout the entire trip!"

"C'mon before it hits dawn."

I used to live on Planet 5 until it was announced that the King and Queen were dead. The only thing I know is that his son took over then everyone just left for Earth. Its not that he was gonna be a bad king the fact they he was eight when he became king and they thought it would be foolish to listen to an eight year old. I was six when we left. I know Ill be back one day.

As of now I walk alone in the honest hours of the night. It never fails to remind me of my home planet. Dark and gravely.

My eyes spots a piece of paper flying in the breeze. Out of curiousity I grab it once it lands on the ground.