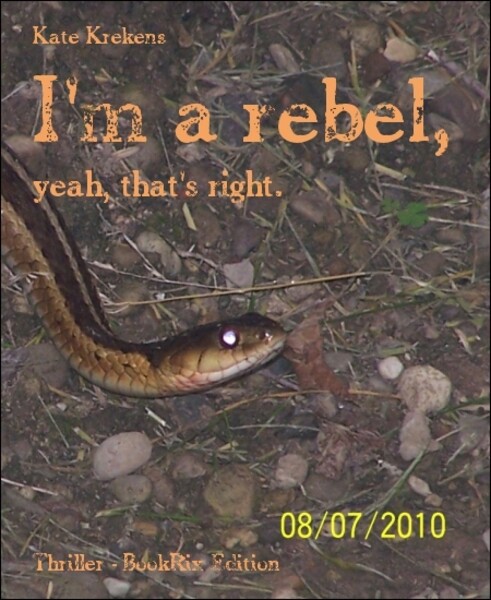 "Hey, what's up, Jayla?" Even asked as her approached his her.
"Nothing much. What about you?" She replied.
"Looking for you."
"Found me." She said with a teasing smile.
"Yeah, unfortunately." He replied jokingly.
"Hey, you'd better run!" Jayla yelled as she smacked his arm and running after him.
"Hey, hey! I was joking, Jayla, please just joking!" He called as he took off running toward his baby blue pick up truck.
Jayla tackled him just as he was about to open the door and his back pack fell from his shoulder and hit the snow.
The both collapsed laughing.
"I have never ever been able to insult you with out paying." Even breathed.
"You never ever will either, Ev." She taunted.
"I- I know." He resigned, getting up and dusting the snow off his pants and helping Jayla to her feet.
She laughed. "Where we going?" She asked, getting into the truck.
"My house." Even replied.
"Um, okay." Jayla said. Usually Even offered to go wherever she wanted to go. It didn't bother her that they we going to his house just that he said 'my house' like he'd been planing to say those word all day.