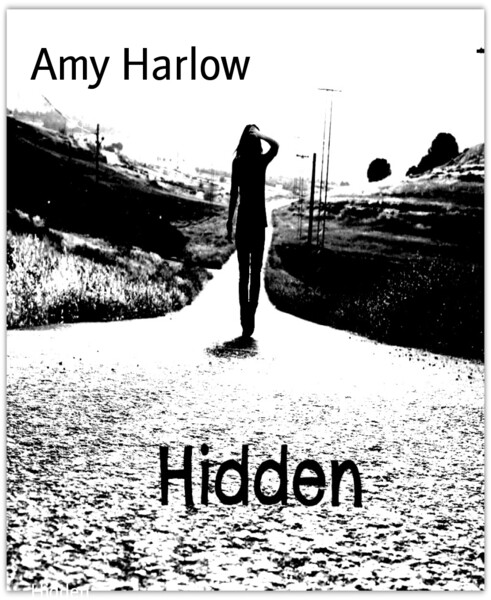 When Marie arrived back home from school, she found Bernadette packing her bags, going through her belongings,

“I'm very sorry Marie, but its mothers rules to do what she says, and she told specificity to pack your bags” said Bernadette,

Marie gave an odd smile, and ran down stairs, and start questioning mother

“Mother, why is Bernie going through my things? Why are we packing, why is he acting strongly? And..” stammered Marie

“Stop it Marie , stop it at once! We are moving, to the east side of Auschwitz” said mother

“No,No we are not! Jews are disgraceful creatures, we are Christians, but Floss isn't anything yet because she has just been born.” said mother, as in just born she means to young to be baptised

“Because, now get up to your room and help Bernadette pack” he said

She ran upstairs in search for her room, but tripped over some of her brothers shoes,

“Danny, you have left your shoes everywhere!” shouted Marie

“Yes, I realize that” he shouted

“Well then move them!” shouted marie

“No, you move them” he shouted

“Children!! quieten down, I have some work to do!” shouted mother

“Yes mother” shouted the 2 children in reply of the command

Danny and Marie dislike each other like salt and ice, or like sun and cold, they just don't match!

Their sister floss came running up the stairs

“What? Open the gate for Trisha bear?”

Marie had no idea what her 2 year old sister was saying, I mean she couldn't even walk yet! Bit late but her mother didn't mind

“Just listen to her!” shouted Danny

“No mother” replied the 2 children again

Marie had enough of Danny, so she decided to visit Bernadette leaving Danny alone with floss

“Hello miss Marie! Could you help me now please?” he said

“Yes, Bernie I will” said Marie

She packed her dolls along with her favourite items, and not to mention her teddy, Lava she called it

“So are you excited to go to the new house then?” he asked

“Not very much, kids at school say its a place for Jews only and no one else would dare go there, are we living there!?” Marie shouted

“No No! Your parents would never approve of moving to some were as horrible as that, we are just moving near it for fathers work” explained Bernie

“I hope we have nothing to do with the camp, it will give me night mares” Marie said

“Ha-ha, you won't, miss Marie, now please pack your bags, we have 4 hours before we set of” said Bernie

“But what about Julie and Kate and.....” said Marie as she blustered with tears

“Nothing Nothing Mrs Thatcher, nothing at all” he shouted in reply of her question,

“Marie dear? Are you OK? Did Bernadette do something to do you?”

“No mother” explained Marie “I'm crying because I have to leave all my friends behind and live somewhere where you can never forget what going on in the place about 20 miles from us!” then Marie stormed of

Mother never approved of anything, sleepovers, camping trips ,neither eating sweets because it was too expensive, the thing they were aloud was to explore,

“Come on kids, on the train” said mother

the 3 kids hopped on the train and it took 3 whole hours, when they arrived they saw a sign saying

Suddenly Marie felt a awful feeling in her stomach

“STOP THE TRAIN AT ONCE!!” shouted mother as high as her voice could go,

the train stopped and sparks flanged out from side to side,

“Come on Marie come out side and see if you can...” said mother

but at that stage as she was going to say VOMIT, Marie went sick all over mothers new skirt

“Elizabeth? Are you aright?” said father

After 5 minutes of mother changing into her new skirt, Danny noticed something awful,

“Erm... Its nothing Danny, just one of those factory making things, you know for clothes and stuff” said mother

“Yes mother, but I thought they didn't make clothes during the war and....” Said Danny

“That’s enough! I said its a factory and that's it!” shouted mother

The train smelt of apples, and we were served doughnuts and bagels, and the best thing was little crusty thing's with cream inside, and it tasted absolutely amazing

“Mother, that train looks awfully full, why don't we ask some to join our train with bagels and crusty things, and the lushest doughnuts” said Marie

Every one looked at mother at that point

Then we passed the people by the camp, they were in like blue and white pyjamas, and they looked hungry, the train stopped right by the camp, and as mother was talking to the train driver, I went over to a middle aged girl and gave her one of my bagels

“Thank you” she quietly said

“What are you doing?” Marie said

“Waiting to get checked in to the camp” she said

“Please don't go in there,people die in there” said Marie”

“Can I come with you?” she said

“Yes, you may, but stay close to me and wear these” said Marie

The girl put flowery dress on and put a wig on as well,

“Mother this is....?” Stammered Marie

“hello, miss works, are you coming with us?” said mother

“Yes, my parents put me in care, but Marie took me so.. yeah” said belle

“OK then miss works, but there are certain rules to live by in our pen” said mother

after 20 minutes of saying out the rules, Belle hopped onto the train,

“So, where are we going?” said belle

“I don't know to be honest, but I know we are moving house” said Marie

“I used to move lots when I was younger, because we were gypsies, I didn't like it, but mother and father liked it” said Belle

“That’s quite cool” said Marie “We should be them”

Belle looked awfully sad, but didn't seem to be listening to any of Marie's suggestions and questions,

“You have a new mama and papa now though, and i'm your sister” said Marie

“Also, I think you should change your name” said Marie

“If they have you registered as a Jew, then they'll find you”

“That’s a lovely name, welcome to the family” said mother

“Oh sorry Mrs thatcher, what might you first name be?” said belle

“That’s a lovely name, what might I call you?” said belle

“I shall call you mother, since you are now my mother” said belle

The train arrived to the house, and it looked amazing, with its flowers and fence with barb wire and... What!

“Belle look at that” said Marie

“That’s the camp, I would've gone in if you didn't save me, and for that I’m really great full” said belle

belle and Marie stepped into the new house, in front of them was a dinning room, full of paintings of people in uniforms and little kids too!

Across the room is were Bernie will be working, technically in the kitchen, along with the new maiden Juliet. Upstairs there were 6 bedrooms, full with lovely beds with duvets and toys

Danny was the first to run upstairs and pick a bedroom,

Me and belle shared the 2nd biggest room, and it was weird to because it had a bunk bed just for us, belle seamed to like it, and from there we were happy

“Yes mother” they all shouted

They all walked downstairs and found roast beef on the table, steaming with goodness, Danny’s eyes looked like over sized marbles

“And this is going to go in my mouth?” he said

“Well obviously because its our dinner” said Marie

“Thanks for that Moo Moo Marie” he said

“Enough of that” shouted mother

They all sat down to enjoy there dinner, after they had eaten it, a round of pudding came, 2 scoops of ice cream and that delicious crusty thing with cream,

“We had this on the train” said Marie

“It tastes like nothing I've ever eaten” said belle

“I know, I had never eaten it until earlier”said Marie

“I am too” said belle

“May we be excused from the table mother” said Marie

Marie and belle ran upstairs to unpack their suitcases, out came there dresses and toys,

“I haven't got any toys” said belle

“Your out” said belle “That means I have to catch you, you have 5 seconds”

they ran around the room like a pair of Olympic runners,

after 10 minutes of the game mother shouted

“Yes mother” they both shouted

Belle and Marie hoped into there beds, belle at the top and Marie at the bottom

Awoken by a hard thumb, there they were the Nazi's

it was my turn to protect Martha.....To be continued

“I shall hide you Martha, no one will find you” said Marie

Widmung:
To John Boyne-writer of 'THE BOY IN THE STRIPED PAJAMAS'