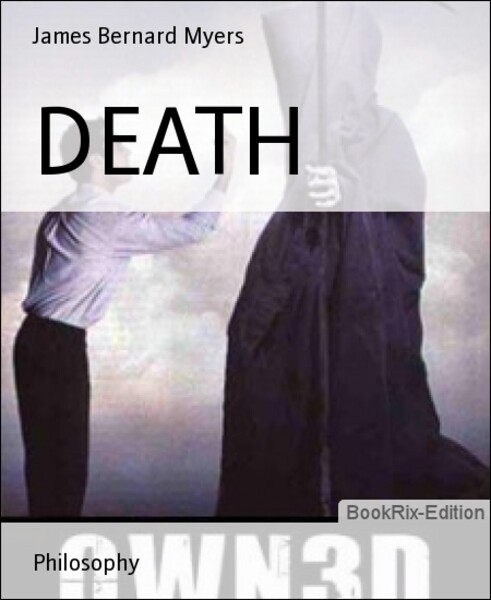 As we all know death comes in many forms and aspects. Death is not the final place where we feel that there is nothing else, but death is a place where it can give you peace and serenity. Death is not a bad thing if you are in the likes of Christ and the angels that dwell above this earth that we call home. But we have to understand that this place here on earth is not our home but just a place where God is using us to replenish the earth and take dominion over it. Now you may ask that if this is not our home then why is it really necessary to take dominion and replenish it when we are not gonna be here long? Well how I see it is that we have to know there are gonna be others coming after us to do and endure the same things that we are going through now. Let’s take a look at the word death and how that we can size it up to the standard of what has died on this day and the life of the people here on earth and why is it that we continue to die daily without even knowing why we even live a life to live again as they say. What is death to man that tries to find the way he lives. What is death without life? We have to learn that death is not the end of what we think that is the end but it is only the beginning of the life there after if you believe that you will live a life after you leave this place to live with Christ of the adversary if that is your choice. Whether you live in heaven or hell you still have a life and it is not the life that you want but you have life. Now let me just give you and analogy of what I mean by still having a life even if you choose to live in hell. Now there comes a time in life where you may be living the life of all your dreams and desires and hopes, ambitions and all that but sometimes there comes rain and when this rain comes it come in a storm form and there is nothing that you can do to much about it in a sense. So what do you do? Well this is one way that I will let you look at this thing that we call death and even in death you can still have life. Death is the death of things that can come in any form or fashion. Now as people and Americans we take things to the extreme and we do not want to lose things and let things go. But we have to know in order to have a life you have to have this thing that we do not like and that is death. Now death is the end of something, the destruction or extinction of something. Now the destruction of something. What does that mean the destruction of something? Well beloved that is merely the end of something that we have taken in and not allowed it to be taken away. We should not take these things so seriously, we should not take what we have in our possession as if it is not meant to be gone one day. Where there is always a cause there is an effect in a sense of speaking. Up, down, in out, forward, backward, etc. Are you starting to get where I am coming from. Life, death. When a person commit’s a crime to the degree of incarceration, he will get a sentence that will call for harsh consequences. Now he commits this crime of murder and he goes to court and gets life in prison. Now he is thinking that his life is all over and he has no chance to live again because he is not on the outside of the gates of his demise. But he has to know that he has been given life but yet in the eyes of God he still has a life but it is not on the outside the walls of his prison. He may have received death in the real world but in the world that he now lives in he still has a life but not the life that he used to have once he committed this crime. Just because you lose one life that does not mean that you don’t have another life that you can have. Now this is my word for someone today is that even though that you lose your life that man has given you does not mean that you lose the life that Christ will give you and has given you if you choose to take it. You see Jesus came that we might have life and have life more abundantly. So enjoy life as you know it, whether it is inside or outside . Inside meaning the walls of prison, and outside meaning the world.