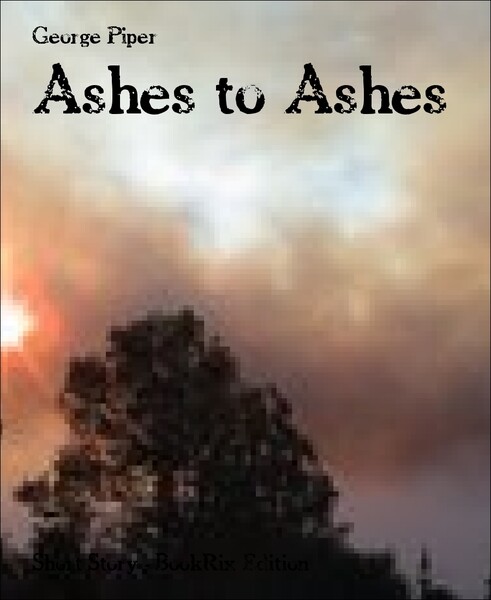 Ellen Kreiner disengaged as much of her senses as possible; she pretended not to smell the overpowering aroma of disinfectant, pretended not to hear the ever increasing lapses in the electrical rhythm of the heart monitor. She focused solely on her son’s blue eyes, the only part of him that had remained unchanged since the onset of his cancer. And right now, they were pleading with her.
“George,” she told him, fighting back the sob in her throat. “I really wish you’d reconsider. Are you absolutely sure that’s what you want?”
“Yes...that’s what I want,” her son rasped through the breathing tube covering his nose and mouth. His eyes rolled lazily upward, as the medication began to put him under, away from the world, away from the pain.
“Why don’t you want to be buried with us, you know, me and Grandmom? I could get you a plot right next to ours,” she stated quickly, trying to change his mind before he went to sleep.
George’s breathing became more erratic, his lids drawing closed. “Have to be...where I was happy. I’ll...visit you...” And then he was gone, temporarily for the moment, practice for what would soon become tragic reality. His emaciated chest moved imperceptibly a few inches up and down as his breath struggled to filter through the malignant fibers that had interwoven themselves in a dense barrier shield, slowly collapsing his body’s immune system and defenses until there was nothing left to destroy. It wouldn’t be very long until they succeeded.
Ellen took hold of her son’s languid, pale hand, trying to transfer some of her own body heat to the cool skin. Dry fingertips brushed against her palm with the gritty feel of sandpaper. She laid the hand back down on the starched white sheets of the hospital bed, and waited for her son to wake up, allowing herself a good cry, safe in the knowledge that he wouldn’t see her do it.

Two harrowing months later, after George had been cremated and her anguish had subsided enough for her to think clearly enough not to get into an accident, Ellen drove her Camry the eight hours and three hundred miles to where her son had wished his ashes to be scattered. It wasn’t what she wanted; but it was what he had wanted, and that’s what was important. Passing the Welcome to Ohio sign, Ellen couldn’t help feeling deep pangs of remorse course through her as she rechecked the Mapquest directions she had printed out.
Around the closing hours of the afternoon, as the sun began to dip low in the sky, Ellen reached the community outcropping of town homes where her son had lived eight years ago. She passed what had been his house and travelled along the circuitous route that looped around the complex, eventually coming back the way she had entered. The community center appeared on her right hand side, still unchanged after all these years. Ellen pulled into the small parking lot, shut down the engine, and reached for the box that held George’s remains. It wasn’t anything extravagant; a simple, brown cardboard container that could have passed off as a shoebox. With a sob, she opened her door and stepped out into the cool air of an impending twilight.
Ellen plodded down the grassy embankment that bordered the community center, heading for the chain link fence that encircled her son’s former back yard. Other people lived there now, of course; she could see a different swing set had been erected; a Spiderman big wheel haphazardly situated right next to the slide. She remembered, in a time that seemed like only yesterday, when George would run around that yard with his daughter, laughing and swinging her around, while his then-wife would watch with a big smile. Those were the days, she thought to herself, looking down at the box, saddened by the fact that it was nearly weightless.
She moved close enough to the fence to do what her son had asked; not wanting to get too far in, just in case anybody inside the house was watching and would get suspicious. Taking a deep breath, she removed the lid, and peered at what the mortician’s oven had done to her beautiful boy’s body, his outer shell that had been disintegrated so his soul could fly free. “Here you go, sweetheart,” she sobbed. “God bless, and, remember, you promised to visit.” With that, she tossed the ashes into the air, letting the wind carry them to their final destination. Ellen climbed back into her Camry, said a short prayer, and prepared herself for the arduous return trip back to New Jersey.

Getting to her house around one in the morning, her eyes blurry from concentrating on the road, her bladder full despite the two rest stops she had taken, Ellen thought it would be a relatively simple matter to fall asleep as soon as her head hit the pillow. She was wrong. She tossed and turned, rumpling the bedcovers, and then throwing them off completely as she bolted upright. Thoughts of her son kept her awake; the realization that he was truly gone invited a slew of awaiting nightmares.
Ellen fetched a drink of water from the kitchen, then sat in the living room and turned on the television, skimming through the channels until she found the news. It was the usual stuff; a missing child, an unsolved murder, a fire that had consumed the lower floor of an apartment building, riots, bloodshed. All the stuff that made life worth living. Ellen shook her head and glanced at the small collection of video tapes near the VCR. The home movies her son had recorded and mailed to her when he lived in Ohio. When he lived. The thought nearly made her break down. Ellen steadied herself, swallowed another gulp of the refreshing water, and selected one of the tapes. She slid it into the mouth of the VCR and pressed play.
They were eating dinner, her son, his wife, and their two-year old daughter. The centerpiece in the middle of the table was a cartoonish-looking turkey wearing a Pilgrim’s hat. A bowl of stuffing perched beside it. Thanksgiving. Ellen smiled as her granddaughter waved at the camera, laughed at her ex-daughter-in-law’s quirky mannerisms, and cried as her son’s smiling, handsome, and healthy face addressed the camera between taking bites of his turkey dinner. Ellen was so engrossed in this snapshot moment from the past that, at first, she failed to notice the fourth member at the table. She gasped, dropping the cup to the floor.
Her son sat at what had been an empty chair, the son that she had only recently, two months before, bent over in a spasm of hysterical sadness as his last breath escaped from his failing body, and he lay still, forever. This George looked exactly as he did in the hospital room, his skin pale, his body thin as a cord. But he was happy, Ellen could clearly see that, his mouth uncovered from the breathing tube. He obviously didn’t need it anymore; dead people didn’t need to breathe.
He watched his past self converse with his ex-wife, studied his daughter’s toddler behavior with unrestrained wonder. A single tear rolled down his cheek, a cheek that practically glowed in bas relief to its surroundings. And then he waved toward the camera, toward his mom who sat on the sofa in a future time, wearing pajama bottoms that she didn’t even realize were wet from the water that had splashed on her from the fallen cup.
Ellen stifled a cry, heart-rending and terrified at the same time, and sprinted over to the VCR, jamming her thumb against the stop button. The family scene disappeared, replaced by a momentary blue screen that dissolved into wavering static.
This can’t be real, I must be imagining things, she reasoned. It was the grief, she was sure of it. She had heard that overwhelming grief could play hell with one’s mind, make it hallucinate things that didn’t, that couldn’t, exist. It had to be the grief.
Ellen walked shakily into the bathroom, turned on the light, and splashed cold water on her face. She looked at her features in the mirror, so despondent, so haggard, so pale. The perfect complement to her son before he... He was dead. It couldn’t be real.
Hesitantly, she shambled back into the living room, positioning herself in front of the flickering blizzard of static on the television screen. Her finger moved toward the play button, seemingly with a mind all its own. The button depressed, the VCR clicked on. And then...nothing. The screen remained blank, the machine whirred ineffectually. Ellen caught the faint scent of something burning, and with a note of panic, immediately hit the stop button. She tried to eject the cassette, her hand waiting for its black casing to spring out from the slot. The shutter opened, but all that issued from the VCR was a powdery hiccup of fine ash.