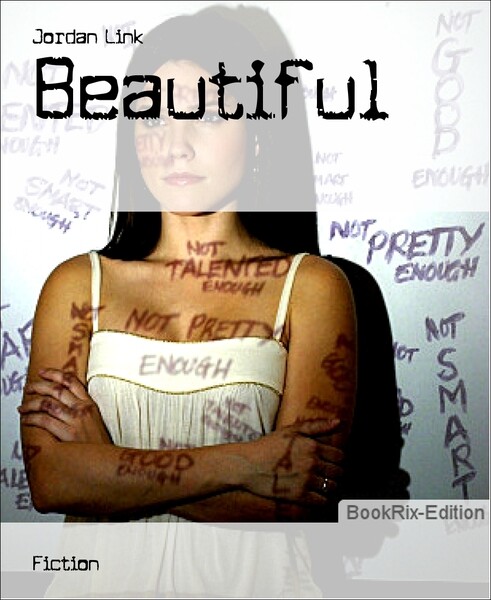 We sit back to back, completely silent, my brown hair intermingling with his blonde. His palms are coarse from the long days of exercise that he had put himself through. Mine are frail, weakened from starvation and purging. We are both so alike, in terms of behavior. We both hate the system that we are forced to participate in and neither of us can fight it.

I clear my throat, closing my eyes in anticipation. Tomorrow was the day, the day when we would be judged. We are sixteen now, both of us, and that is the cut off age for the judging. After this we would be sorted into different levels of society based on our scores. There are five judges, the same ones every year. The highest score each judge can give you is a ten, and the decision is absolutely final.

“Am I beautiful, John?” I whisper quietly, and the words linger in the calm air around us. He doesn’t reply. I knew he wouldn’t. “We won’t be in the same level, John. You know that, and so do I.”

John turns around to face me suddenly, taking my hands into his and staring with those cold blue eyes into my plain brown ones. “No one is beautiful enough for them, Candice, no one,” He turns his head to the grass, blocking out the constant troubles of life, just for a moment. “But Candice, no matter what happens, remember this moment. Remember our hands, clasped together like this. Remember the sun and the breeze and what makes a person truly beautiful.”


When I finally open my eyes again, I am standing, surrounded by ten other girls, in a dark storage room. They are all changing silently into the embarrassing, shameful bikini that we are all forced to wear while posing to the judges. The bikini is a symbol of hatred now, a symbol of judgment and wrongness. I slip it on silently, tying the string in the back with emaciated hands. I look around and see a room of skeletons, the shells of once-jovial girls. I remember when I was jovial, just yesterday, but at this moment it feels like the memory took place years ago.

A spotlight turns towards the room, shining its blinding light through the door and onto us. We are animals, trapped in the cage that is the changing room before it is time to be displayed and sorted. A man saunters through the door casually, dressed entirely in black, and gently takes the first girl by the shoulder, leading her out of the room. Her name is Miranda Hansen, and she has been my friend forever, even more so than John at times. She has a good chance of becoming rich and wealthy, of living among the free in her next life. But for us, for regulars like me, we stand no chance against the reaper that is life.

I sit down in the corner, not bothering to brush my tangled locks of hair. I wonder how the government thinks this is humane, but I am quickly reminded by their commercials and speeches. They are the same every time, the same message repeated over and over again until it is burned into our minds: “Some people lived alone, some people died alone, but that is only because they chased after what they could not have. This new system allows you to thrive with people of your own class, of your own status. This way, you will not die alone.” It was simple reasoning, really. But that did not make it right.

Before I can even complete my thought, the man that grabbed Miranda is grabbing me roughly, pulling me towards the door with a gloved hand. I resist for a moment, but realize quickly what I have to do, what I have planned to do. I won’t stand there, defenseless, like the other girls did. I might end up pushing through one of the doors, branded into a zone, just like the rest, but I promise myself that I will not depart from the room without leaving a mark.

I’m standing in the center of a dark chamber. The only illumination comes from the blinding spotlight that hangs above me and the cold bulbs that are attached to the inside of the judge’s table. The judges’ faces are all stoic. They have grown accustomed to this procedure, cruel yet necessary.

“What is your name, dear?” One judge inquired, though I knew the only name that the government would remember was the sequence of numbers that was branded on my left arm.

The judge nodded, acknowledging the wasted time with his eyes. “Candice, please turn around in a circle for us.” He demanded lightly, and I did so. I even added a little spin at the end, flicking my hair in defiant anticipation.

“Candice, is there anything that you would like to say before we process your results?”
At first, I stood still, another anonymous teenager in this vast, flawless society. I knew that everyone before me had shaken his or her head firmly. That was what we had been told to do. But I was not everyone. I was Candice Richardson, and I refused to go down without a fight. “Yes, I would, actually.” I straighten my back and collect myself before I continue on.

“This society is not fair. A society based on beauty alone will never prosper.” I swallow, having recited the speech so many times the night before. It sounds like protocol, almost like something that the government would air on regulation television, so I add some emotion to it. “Girls starve themselves before the competition, from a week before to six months. I think you are aware of that.”

The judges shift uncomfortably in front of me, visibly taken aback. The judge on the left replies shakily, for once unsure of the coming events. “Of that we are aware, Candice Richardson.”

“And are you aware that everyone knows that these moments are being broadcasted to national television, even as we speak? Are you aware that many girls and boys seek out illegal plastic surgery deals before their sixteenth birthdays, and that all overweight teenagers are immediately sent to the lowest levels of society? Are you aware that, even as people progress past the judging, that they face constant discrimination when they seek jobs? Are you aware of all that?”

There is a deafening silence. The hairs on my neck that were not removed by hours of waxing all stand up. I am not a number anymore, but a figure to be followed. As I glance behind me, I notice that the girls and boys are pressed up against the windows, hearts thumping with excitement. I see John, and that is all I need to feel safe again.

The first judge ushers me towards the left door, the lowest door, without another word, and I notice that tears have formed in his eyes. As I pass through the door’s frame I notice that, without a doubt, something about the world has changed.