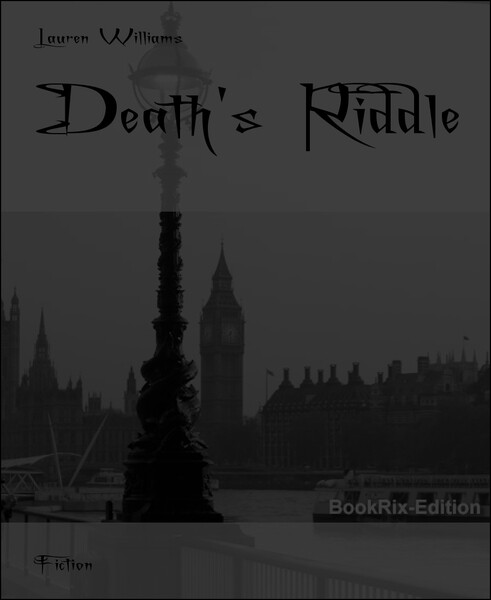 Yesterday, if someone told me that tomorrow I would overdose on heroine in my ex-boyfriends apartment I would laugh in their face. If that same person added that I would spend the rest of my afterlife in Hell than I would punch them and then laugh at their unconscious face.
But that was yesterday, if that same person told me that today my response would be something like:
“You’re a bit too late on the warning, buddy, but thanks for trying.”
Now I stood in darkness, so blind of my surroundings I thought I was blind for a moment, until a bright light shined in my eyes forcing me to close them. When I opened them I realized that the light was a spotlight directed right at me. When I moved my left it followed me, as well as it did when I moved to my right. Feeling the need to be silly I began to dance when I was stopped by a sudden voice.
“Josephine Granger

.” A voice said. It wasn’t the voice of a person, but of several people, like the chorus in Ancient Greece plays, but more chilling than entertaining. Not only was it chilling, but instead of coming from one direction it came from every direction. “Born February 13, 1992, died

. Punishment: Eternity in Hell.”
“Wait,” I said quickly. “What is going on here? Who are you and what are you talking about?”
“I am the end of life, the end of everything. The thing everyone, even those who claim they have no fear, fear the most. I am called many things, but one name explains all: Death.”

“Death?” I questioned, confused. “As in not living anymore?”
“Yes.

”
This is one weird dream, I thought, probably an affect from the drugs.
“You are not dreaming

.” The voice said. “Your life has ended

and for your sins your soul will be tortured in Hell for the rest of your afterlife.”

“Okay,” I said incredulously. “So if I’m supposed to go to Hell, than why aren’t I there?”
“Before death is final the soul has one more chance to live again by solving the riddle.”
“Right, of course, the riddle!” I exclaimed sarcastically. “How could I forget?” I rolled my eyes. “You know, I think I’ll skip the riddle and go to Hell, seeing as I would get it wrong anyway.”
“Are you sure?

” Death asked.
“Positive.” I responded cheerfully.
“As you wish.

” The voice said. It was quiet for a moment and then, without warning, the ground began to break and fire grew between the cracks. Even though I knew it was a dream, fear of being burned made me back up, but it was futile for the cracks followed me with each step I took. With the growing fire cane screams-no shrieks of pain and horror, but who it came from was unknown.
I was too busy watching the fire grow in front of me, so I didn’t realize that the ground under me was breaking into little pieces, and, suddenly, I was falling into a pit of fire. When I landed I hit the ground, making my right leg make a teeth scraping crunch sound. Pain racked through my body causing everything to go black.

I was awakened by a sharp job going into my stomach. I opened my eyes to see a two headed man glaring down at me.
“Move.” Both growled at me. I looked down at my stomach and saw a spear he was stabbing me with. I pushed it away and started to stand when the sharp pain in my leg caused me to fall back down.
“Where am I?” I asked.
“Hell.” The right head answered.
“Where else would you be.” The left head grumbled, obviously annoyed.
“So, I am dead.” It wasn’t a question; just a statement that I thought would never be uttered from my mouth.
“Of course…” The right head started.
“You are.” The left head finished.
“Why then?” I demanded. “Why here, what have I done to deserve this?”
“Death didn’t explain?” Both heads ask with honest curiosity.
“Death?” I realized. “I didn’t get to answer the riddle. He said I could live again if I get it right!”
“Sorry…” The right head chuckled.
“Not third chances.” The left finished with a harsh laugh.
“Now move!” Both barked.
“But I want to answer the riddle!” I yelled, and could respond I was gone.
“Death?” I called out before the blinding light shined on me again.
“You’re back

” It questioned. “Are you sure you won’t ‘get it wrong anyway’”

“I should try, right?
“As you wish, the riddle is this

.” As he talked words appeared in front of me like smoke.
“Until I am measured
I am not known
Yet how you miss me
When I have flown.”

.” Death answered. “You have an hour to solve

the riddle. Call me when you have the answer.

”
The light went out and I was once again alone. I lied down and thought, running the riddle in my mind over and over again, but the answer wasn’t hitting me like I was hoping it would. Before I could stop myself I fell into a deep sleep.
I woke up with a light shining in my face.
“You have five minutes

.” Death said.
“Five minutes?” I exclaimed. “But that can’t be, I wasn’t sleeping that long.”
“Apparently you were. Time does fly…

” It stopped abruptly.
“Time flies?” I murmured, sitting up. “And no one realizing how much time has flown until they measure it. Time, time is the answer, isn’t it?”
Death didn’t answer; instead the spot light went out completely. Moments later a light came on, but it wasn’t the spotlight. It was like light at the end of a tunnel, but instead of me walking towards it, it raced towards me. When it hit me, it was like being hit by wind. I was aware of my heart beat and I could breath. And suddenly there were voice.
“Stop, stop!” Someone yelled. “I think she’s coming to.”
“Is that possible?” Someone else, a woman, said incredulously. “She died…”
“Yes, well she’s alive now!” Someone else barked back at her. He almost reminded me of the two head man.
“Josephine?” The first person called out. “Josephine Granger, if that is your name than squeeze my hand.” I felt something warm squeeze my hand and I squeezed it back with all my strength. I wanted to shout: “Yes, I’m Josephine! Help me, please! Don’t let me die again!” But the thing over my mouth wouldn’t let me speak.
“Good girl.” He said. “Now don’t worry, you’re at a hospital, you’re going to be okay.
Half of me wondered how I got to a hospital and the other half didn’t care, all I could think was “I’m saved. Thank you, God, I’m saved.”
“Now we’re just going to put you under for a while, but trust me, you’ll wake up. Can you count backwards from 100 for me?”
I nodded, or I hope I did, and began to count.
100, 99, 98, 97, 95, 94, 91, 87, 84, 57…
THREE YEARS AGO:
“Today, a pregnant woman of eight months and her child were killed in a hint and run. Witnesses state that the 2001 black Jeep that hit her was being driven by a Caucasian male and female and were believed to be under the influence. Officers are searching for the suspects now and ask for anyone who knows any information to contact the police department immediately. I’m Christen Walker and this was the 11 o’clock news.”