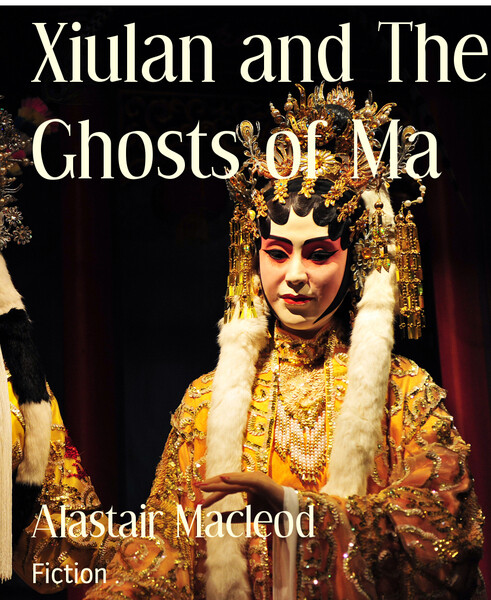 Xiulan and the Ghosts of Ma

Characters appearing in the story.

Ling Xiulan: expert in computational linguistics, wife of Deng the Calligrapher, mother of Beauty her daughter.

Xiuping Yu and Wenling Zhan: the other members, with Xiulan, of the Peacock team.

Xiaoxia Lin and Jiang Guo: members of the Dragon team.

She was referring the head of the unit, Inspector Ma.

“He has troubles?" Said Zhan.

“What news?” Said Xiulan putting down a file.

They were a small unit of the HK police force. Their team the Peacock team was dedicated to preventing human trafficking and the trafficking of illegal substances and protected species.

Their office was located here off Man Yiu St near the Hong Kong dock area. Today was foggy. Thick banks of it lay over the lower town and the harbour. Street sounds were muffled.

“Yōuyǎ Xue was a very attractive woman, but he was enticed away by a younger model.”

“Yes, he was sent to Taiwan to help out there on a trafficking case and the younger model threw herself at him. He didn’t recognise what was happening. Part of him felt he had betrayed his first wife; he had lost face so he felt he could not return, even though she wanted him back."

"He feels guilty that he never met to discuss things with her; now she has died he is visited by her ghost."

A shiver ran down Xiulan’s spine.

"Xiulan I want you to accompany me to the Hollywood Road.”

“Man Ho Temple.”
As they moved through the foggy streets they passed a woman burning ghost money in a brazier. It was the beginning of Ghost Month when ceremonies are conducted for the dead.

Ma walked quickly as they used the under pass and then threaded their way through the market.

The temple was dwarfed by the surrounding modern buildings, its traditional features seeming anachronistic. Yet despite the busy traffic passing right outside it, it still

Widmung:
To the Goddess Kwan Yin and to the Hungry Ghosts, may they find peace. All characters appearing in this work are fictitious. Any resemblance to real persons, living or dead, is purely coincidental.