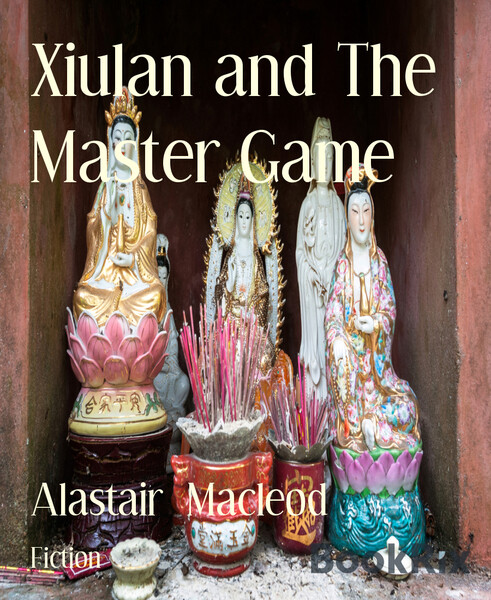 Xiulan and the Master Game

“What people really need from life is not wealth, comfort or esteem but games worth playing; when found play them well.” Thomas Szaz.

This story, set in modern day Hong Kong, is the fourth in a series based round the life of Xiulan, a young woman making her way in that busy city of seven million inhabitants. Many of the characters from the earlier stories continue.

Her radio broke into her delicious dream. Xiulan was walking in a bamboo forest. Pretty butterflies danced before her on the path.

She opened her eyes and read the digits on the small flat screen. “7 a.m. 23 Feb 2015”, then a bright voice, “Good morning Hong Kong and Happy Chinese New Year,” said the pretty announcer. “Now the weather forecast; you will be pleased to know this is a day of sunny intervals but there will be coastal fog in the morning and at night. Temperatures today will rise from 19 degrees C to 23 degrees C. Winds are quite gentle with speed 3 or 4. Sea surface temperature at North Point: 17 °C.

Xiulan slipped on a robe and went out to the terrace. Mist shrouded the view, sounds muffled, the bushes dripped with moisture.

Here on The Peak, above the city, you could hear faint noise of the Dragon waking, the distant traffic clamour below as the streets began to fill with commuters, and this morning, foghorns calling mournfully out in Victoria Harbour.

Deng her husband was already up drinking tea. He had a big job on today. His long slender hands curled round the cup. He had hardly aged since she had met him seven years ago when she was a student.

The same attractive face. He had kept steadily at his calligraphy business, well almost, except for that one diversion with WangBing.

Her marriage to Deng had been a success; he had accepted her new wealth and adapted to life here in this wealthy suburb.

There had been one baby, Beauty and despite the issue of her being much richer than her husband, things had been going smoothly- perhaps too smoothly.

“I have banners for that new shopping precinct over on Park Island,” he said as she poured herself some green tea.

“Why don’t you let your mother take Beauty to nursery today?”

“Because I want to have a role, other than just sitting here.”

“I thought you liked it here.”

Deng studied his wife. At twenty eight she had kept her figure and looks, but lately she had been fractious. What was troubling her?

Her reaction surprised him. She flounced up, saying,

“I must get dressed to take Beauty to nursery.”

But she made her way first to the house shrine to the goddess Kwan Yin. This was one of the marvels of this house, discovered that first day when she had tripped on the edge of a carpet and, putting her hand out to steady herself, found a part of the wall moving away from her. A secret door. She entered and found a shrine room dedicated to the goddess Kwan Lin, lit by windows to the garden.

There she had been shocked to find that the face in the painting of the goddess on the wall was her own. By some coincidence or some design, she was identical to the goddess image. She had assumed since then that this was why old Master Wen had taken such an interest in her. Today she bowed, lit an incense taper, and said a quick prayer for family protection.

As he drove the Mercedes the short distance to the Peak Tram, Deng continued to think about his wife. Her own Jade shop, he reflected, was being run by Zhong, and being run well from the feedback they got.

So was he right, was it boredom?

Later that morning when Xiulan had returned and was trying to evade going shopping with her mother she had a phone call.

It was Inspector Zhiayou Ma.

At first she thought it was a problem

Widmung:
To the Pangolins and the Goddess Kwan Yin Disclaimer: All characters appearing in this work are fictitious. Any resemblance to real persons, living or dead, is purely coincidental.