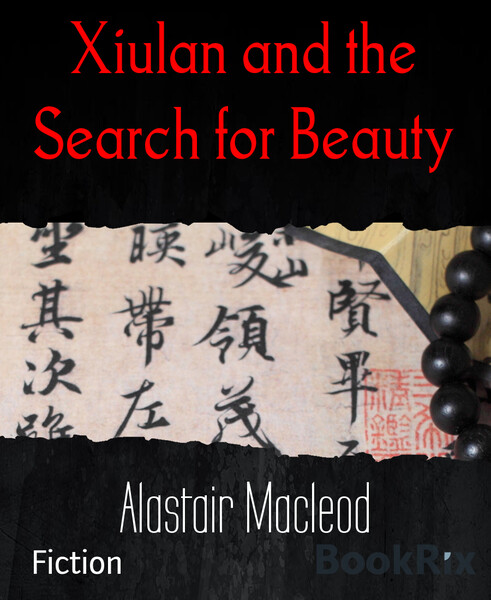 Xiulan and the Search for Beauty

“That which you seek, is seeking you”

Part of Xiulan’s life was improving.

Like all apartments in Hong Kong, space was limited. With Chen gone to work in Bejing she had been able to move out of the room she shared with mum and take Chen’s old room; what a delight to have her own space.

And the extra course on Calligraphy and Chinese literature at City University was satisfying in a deeper way than she had imagined.

In the first year they would be examining some of the classics of Chinese literature.

In the Calligraphy course, she tried to recapture the excitement she had felt several months ago with Deng the young Calligrapher in his shop.

With all that had happened to do with her brother Chen, she had not been back. It was Deng who had provided the spark to get the courage to ask her father if she could change her course from pure Computational Linguistics.

She had kept a low profile since Horse Passing The Mountain had been found dead in the harbour.

Her daily routine had been the Escalator to City University, then home.

Yet despite the slightly thawed relationship with Dad, he still did not give her mother any alimony.

Then mum had her hours cut at the English department in the Chinese University of Hong Kong.

“You will have to get a job,” said her mother.

Her parents had always tried to give the impression that their children should not have to work while they were students.

“Yes, it is very regrettable. But we live in a good district here in Tung Yuk Court,” referring to their home ownership scheme flat, “and we must keep paying the mortgage.”

“I will start to look,” said Xiulan.

That afternoon she went down into the street and made her way to the Calligrapher's shop.

As usual he was in the back, busy as ever.

When he heard her he stopped what he was doing.

“Xiulan! It is months since I saw you. I thought you had moved away. I still have your scroll here.”

She blushed with embarrassment.

He moved to the wall and from a pigeon hole took out a scroll, rolled and tied with a red ribbon.

He loosened the knot and carefully opened it. There, in the Zhuànshū script, was the brushwork for the characters “Calligraphy Is Beautiful.”

She put her hand to her mouth. The scroll was wonderful.

“Many things were happening in my family,” said Xiulan, as he rolled it up again.

“I could not come. Now things are better. I am studying a different course; Chinese Literature and Calligraphy.”

“Really, then you won’t need me then,” he said, a little downcast.

“No,” she said, “It is because of you, I mean you helped me find the courage to change. But now a different problem has arisen.”

“You mean another character?”

She stopped for a moment till she caught his meaning.

“Yes. I need the character for money.”

“Just the character?” He said.

“You mean you need actual money?”

“Tell me the story.”

He was so easy to talk to. She explained the situation at home.

“You might be hoping that I could employ you but I can barely keep myself. Later, perhaps. I have a big project that that may come off. But you wouldn’t just work anywhere. You will need to be somewhere where there is beauty.”

Widmung:
To Xiulan who searches for Beauty in Calligraphy . All characters appearing in this work are fictitious. Any resemblance to real persons, living or dead, is purely coincidental.