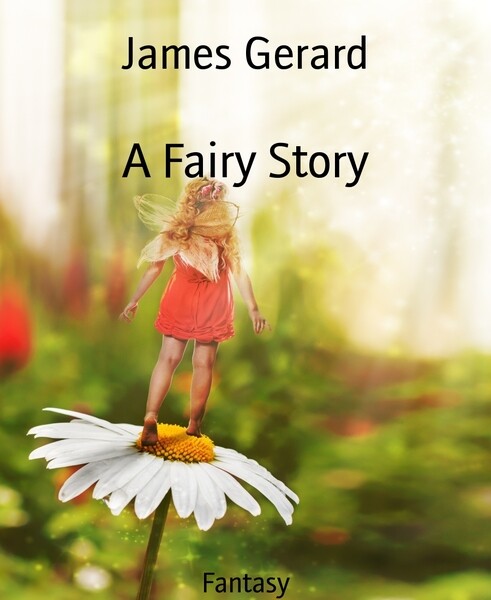 Book One: The Fall of the Fairies

My little ones, I do not want to make you sad.  No, I want to make you happy.  So understand that to every end there is a beginning.  I write to you a story that describes the fall of my fairy children, and yes, the fall of my human children too.   This beginning is very sad, but it is a story that I must tell you.  So sit under a soft light, cuddle up in a warm and toasty blanket, and let us begin this story together.  You see my little friends I created both fairies and humans to live together in happiness.  And in the beginning it was so.

From the very first spring of my garden creation I asked my fairy children to seed the earth.  I gave them wisdom to bring in rain and rays of sunshine to all the growing trees and plants.  I had them work together with the bees and the worms and the ladybugs and all other of my little creatures to make sure all the fruits and vegetables were rich in vitamins and minerals.  I kept them on guard over such pests as the boll weevils whose only wish was to eat and destroy fluffy balls of cotton.  I also had them stand guard against the wily weeds which looked to take over the fields of fresh flowers.  In fact my little children, I had them stand guard against all those that looked to destroy my garden creation.  All this I asked them to do for the benefit of my human children.

But I did not stop there.  Oh no.   You see, out of their hearts abundant in joy and love I had my fairy children also take care of the animals and birds and fish.

They fed my animal creations food such as juicy ears of corn, long red sticks of carrots, green and leafy lettuce, and the tastiest hay.

My fairy children also fed my flying creations well.  The birds of the air feasted on such food as wet, wiggly worms, fat fruit flies, soggy sesame seeds, and the pests pestering the fields of purple petunias.

And my little children, my fairy children also made sure the fish had plenty of plankton, slimy sea snails, messy mosquitoes, and icky insects to eat and grow on.

But I did not stop there my children.  I also created my fairy children to tend to the needs of the precious land.  After they bathed the land with lots of warmth and light during the summer harvest, they, with such nurturing brought in the wind and the cold to let the meadows and fields of farms know it was time to give up the last of the fruits and vegetables yet to be harvested.  And in winter I had them cover the farming fields and mellow meadows with blankets of snow to keep the soil nice and warm for the spring to follow.

My fairy children did this all as I had made them to do.  And my fairy children loved the responsibility I had given to them: For all the work was for the happiness of my human children.

Like tinkers, some of my human children were made to make tools out of wood and iron and rope.  With big and mighty hands and arms they took these tools and dug up, picked out, and cut down all the fresh vegetables and fruits.  They threw mighty nets into the sea and pulled in thousands and thousands of fish.  They made and used tools that sheared the wool from sheep.  Great machines were made to spin cotton into thread.

Now, you might be wondering where this creature came from.  I created it.  Yes, I really did.  But before I tell you about this very bad monster, I must tell you its creation was for good and not evil.  The creature chose evil.  Yes, I gave the creature a choice and it chose evil.

You see, the creature, like my fairy and human children, once enjoyed happiness.  But one day the creature decided it could improve the happiness among my fairy and human children all on its own.  To do so it first had to appear as if it were one of the humans.  It, the only creation I gave the power of choice, transformed itself into the king of the humans.  And believing he could mimic the power of a fairy tinker, he tinkered with the ways of the fairies.

For the first time in the history of the world I created the creature appearing as the human king asked to directly speak to and meet  my fairy children face to face.  He told the king and queen of the fairies that the purpose of the meeting was to discuss a new way of doing things that would make both fairies and humans all the happier.  The king and queen of the fairies agreed to the meeting.

But the whole time the meeting was just trickery so the new human king could steal the very precious thing the fairies needed to thrive—the power giving pixie dust I had given them.

The new human king came into the land of fairies riding on a stallion with a saddle overlaid with precious gold.  The new human king was dressed in a fine robe of purple silk covered with sparkling silver glitter.  A crown of gold bearing sparkling diamonds and red rubies sat majestically on hair of black.

All around him were his lords carrying fancy flags of friendship and blue banners of cooperation.  They chanted in unison words of love and sang choruses of peace.  To the king and queen of the fairies and to all the fairies that watched, the arrival all seemed well and with the promises of greater prosperity for the future.  Once safely inside the land of the fairies, however, the sounds of trumpets thundered in the air.

Before my fairy children could scamper, a hoard of my human children with nets came stampeding into the land to capture all.  My fairy children launched themselves in every direction but there were so many humans and so many nets that they were all easily captured.

The new human king had the wings of all my fairy children pinned down to their tiny bodies with ropes of strong string.  He then commanded the king and queen of the fairies to hover before him.

The king of the fairies answered with a clanging of bells by which the new king of the humans heard as a plea that they would indeed cooperate.

Soon, my garden fairy children under the threat of darkness showed the new human king ways to use the pixie dust to combine seeds of different plants and trees to make new and different food.  For the new human king demanded of the garden fairies a way to grow fruits and vegetables in the fall and winter, without much water or light, and plants and trees that could defend against pests all by themselves.

As soon as the garden fairies taught all that the new human king wanted to learn, they were no longer needed—he considered them now useless in the world I created.  The new human king ordered his human army to imprison all my fairy children into cold metal boxes.  He then ordered his human army to gather up all the yellow pixie dust in pales and the source of the dust, the blue pixie crystals, into glass vials capped with cork.  The pixie tree was uprooted and placed in a temporary bed of moist soil and sprinkled with a light sprinkling of pixie dust.  And with a shout from the new human king the fairies and the pixie dust were taken to the land of the new human king.  My fairy children were imprisoned in underground dungeons.   The pixie tree was studied and rebuilt into a size that suited the new human king.  With a pinch of blue pixie crystals, the yellow, powerful dust began to flow into mighty rivers.

For awhile the new human king was happy.  There was so much food for his human army, servants, and workers that they loved him all the more.  But then something strange happened.  The humans started to get fat.  They craved and demanded more of the artificial food.  This made the new human king very mad.

The new human king screamed and shouted and stomped his foot on the ground.  He commanded his army to take the king and queen of the fairies and the garden fairies back to the underground dungeons and lock them away into darkness forever and ever.

Soon, my human children became very angry.  They could not grow enough food to keep themselves happy.  The new human king was blamed.  They demanded that