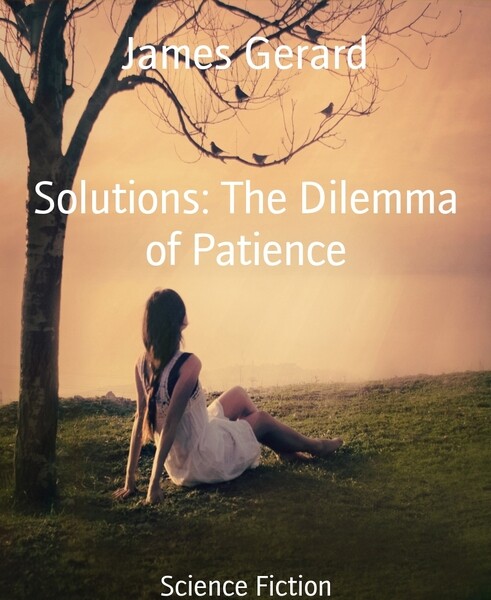 The Path of Deception

Philip drove over to the trailer pointed out by Troy, and with Michael’s hand signals maneuvered the cab back into it.   Michael made all the connections and quickly hand checked each hose and electrical connection to make sure they were secured for an unsuspicious escape from the complex.  With all secured, he casually strolled to the front of the cab.

Climbing in, Michal noticed Philip’s anxiety ridden behavior and chuckled.  He was not so much amused by Philip’s hands gripping the steering wheel, a foot tapping the floorboard, his head swinging from side mirror to side mirror, and eyes glancing at a wristwatch every other second, but more as a reminder of just how thin the cloak could be to those who desired to serve the Lord amidst those who desired to serve the leaders.

Michael could empathize with Philip’s telltale signs of anxiety.  Just recently he had been accused, captured, and just minutes away from having the memories exterminated and a programmed life installed or a summary execution at the hands of the captors.  He could empathize and knew just how fearful it could be to constantly be in a state of suspicion.  To always look over the shoulder to see who was watching with suspecting eyes, to search out eavesdroppers intently listening for cryptic messages, and the dreadful feeling that at any moment someone would cry out an alarm that enemies were present could break even the strongest of souls.

Yet, Michael was perplexed that his friend was still too wrapped up in the world consumed with order to see how that it was the Lord that had set him free from the state.  He imagined that Philip was ensnared in a mental trap.  The trap had yet to snap shut, but just the thought of doing so prevented him from seeing his very presence as testimony to the Lord’s power.

As Michael sat patiently waiting for Troy to emerge from the warehouse, he knew that the next time they successfully captured him would absolutely end in a summary execution.  And while the same risk of discovery still existed as a driver’s aide, the same old assignment before being ensnared in the trap, a new identity was created to avoid a further mishap and eased the concerns.  Still, Michael was quite conscious of the fact that there was no guarantee that it would never occur, but by relying on their Lord to carry such a burden the fear decreased.

His heart was with the Lord.  It was a heart that by faith was directed to fulfill the Lord’s will and not his own.   And with such a strong desire flowing up into consciousness, a desire to actively seek out those who were looking for an escape was endless.  To provide such souls a safe haven from the cruelty that encompassed them, risking his very life in doing so, is what kept him going day to day.

Michael glanced at the side mirror, swung the door open, and jumped out of the cab.  “Is everything okay?”

“When has He ever failed us,” answered Troy.  He hopped over the seats to a hidden work station.

Michael climbed back into the cab and shut the door.  “Did you get everything on the list?”

“From diesel fuel to diapers my friend.  And oh,” Troy sheepishly announced, “I also had them load a couple of pallets of assorted fruit pies—sorry about that.”

Knowing Troy, Michael was aware that he was always on the lookout for something extra special, for and out of the ordinary to add to the list of smuggled goods.  He laughed and shook his head at his friend, for the pies were lifted to raise the spirits of the infirmed confined to a bed.

“Remarkable,” commented Michael.  “You’re going to teach me how you do all that.”

“I don’t think so my friend—I’m the thief around here.”  He turned to Philip.  “Start the truck.”

The truck’s engine roared to life.  The cab rumbled.  Michael stared at Philip who kept glancing at the watch over and over again.

The truck lurched forward and was steered onto the road leading to the exit.

Michael was amazed over the lack of security at the distribution complex as the truck roared along as if unseen and unheard.  He thought they certainly would have beefed up security measures in light of his capture, but Phillip simply rolled up to the isolated exit gate, passed the unmanned shack, and onto the stretch of highway heading south.   They had not even bothered to perch a camera atop the shack to peer over the steady traffic of departing vehicles.

But then again, reasoned Michael, Troy had made it clear from the beginning that the real danger of discovery was travelling the desolate road between Los Angeles and San Diego.  In the duty assigned by the state, Troy knew the entire area was covered by a system of satellites that constantly eyed the traffic and frequently sought out communication with each truck’s global positioning system in seeking out deceptions.  Troy also had told him not to worry, for there was a way to blind the eyes and conceal the true intentions of their unauthorized path.  And though Michael had witnessed Troy many a time manipulate the system to preserve the safety of the precious cargo, he had lingering doubts concerning the ability to outwit a crucial system.  The system existed solely to spy on those that might go astray forever.  To alleviate the nagging fear, Michael silently prayed for their Lord to provide a covering so they could get back to the shelter.  He had not failed them yet.

Michael noticed that the traffic heading back up to Los Angeles was unusually light, yet the side mirror revealed the long convoy of trucks behind.  Ahead in the distance, he stared at the back end of a trailer and wondered if Philip, probably gripped with fear, was driving slower than the others as to avoid any suspicious maneuvering.  But before he could ask, the sound of screeching tires erupted from behind.

“I was just going to mention that,” said Michael.  He checked the side mirror to see Troy’s command had been obeyed to the surprise of the unwitting driver.

“We are about to disappear,” whispered Troy.  “Philip.”

Philip stepped on the accelerator.  The truck sped ahead.  The gap was widening by the second.  Michael turned around to see Troy poised at the laptop’s keyboard.   A key was tapped.

The trailer shifted and shook as they veered onto a solitary road to the right and disappeared behind the first line of defense which was in the form of a rolling hill that stood far away from the mountains in the distance.  The lone road was the only tributary branching off the two lane highway and was feared by other drivers.  To all others it was known as a path not to take even if an emergency situation suddenly arose.   The hidden artery for Michael, however, led to life.  The life was hidden away in the shelter of an old and abandoned complex that once housed tens of thousands who had either been prepared to serve the god’s truth or men’s lies.

Michael fixed his eyes on the side mirror seeking any type of vehicle that might have witnessed the illegal act, but only faded asphalt could be seen

Widmung:
Dedicated to those of us who are secure with the faith of Lord God and with the hope that all will reach out for that security.