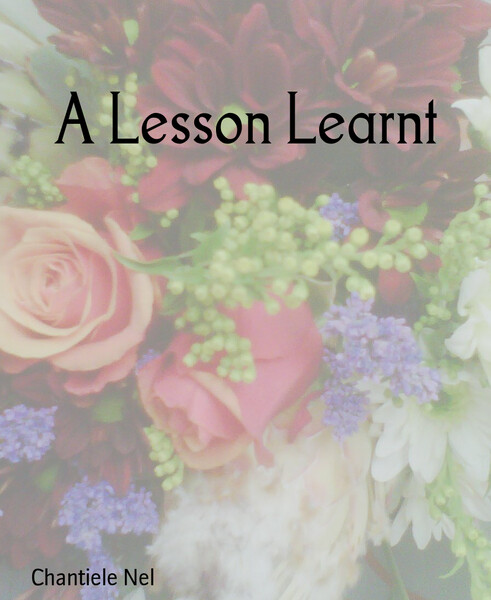 Melissa sat on her bed, holding her timetable, she had finally made it to the University and this was the time to turn over a new leaf. Right from grade school, she was always someone's girl; she was never alone for longer than a week. She always had friends and it was easy for her to make friends. The problem with that was she always had to pretend to be someone she was not.

When she dated Ralph in 5th grade, she had to pretend to like sports so that he did not get bored with her. When she was with Steve in high school, she had to pretend to like metal bands, so that she had something in common with him. When she had dated, Brent in her last year of high school, then she joined the cheerleading squad, Brent was a jock, and Jocks and Cheerleaders were the perfect matches.

Before she knew it, she was doing homework of the boys she dated because she never wanted to give them an excuse to leave her. She could never have her own opinion, and her opinions had to be the ones that her boyfriends had. If she did not, then there would be an argument, and the relationship had completed its course. She had then gone to college for two years. By the end of her last year in college, she had figured out that she was a magnet to guys who did not give a damn.

She dated a boy in college called Michael and he was a fanatic on Star Wars, So once again Melissa had conformed herself to enjoy star wars. It was only when the summer break started, that Melissa realized that she need to stop changing what other people wanted her to be, and she wanted to be her own person.

Her compass had always led her to people who were wrong for her. Sure, the relationships started great. Flowers, candy, and the guy would always say the right thing, and before she wiped her eyes out it would change into her previous relationships. She had felt like a chameleon, always changing to what they wanted her to be. She did not want to be the odd one out when her friends went on dates, so she carried on with her cycle.

Over the years, she had lost herself and she did not know who she was anymore. This was her time; there would be no boys, no distractions and no trying to impress people anymore. She wanted to be herself. The only question she had now was who she. Who was Mellissa Benson? Only time would answer this question, but until then she was not going to let anyone or anything intervene with her journey to self-discovery.

On Wednesday morning, Mellissa stood in front of the mirror and tied her auburn wavy hair in a high pony. She looked at her reflection in the mirror. She was not that bad looking. She had an average build, not too skinny, but not overweight, hazel eyes like her mom and long wavy hair, which came from her dad's side of the family. Her mom and younger sister had blonde hair; she was the odd one out in her family. She gave herself a hard look in the mirror and reminded herself of her goal.

The first class of the day was tedious, Mellissa wondered if the rest of the classes would be this boring. She sat making notes on things that she thought were important, and the rest of the time she just drew funny faces in the corner of the pages. The bell rang and she exited the classroom as a brisk pace. Her other classes throughout the day were just as boring, they were all discussing what they would learn in the classes. Mellissa wanted to learn, she did not want to know in order what they were going to learn throughout the term. It was only the last period of the day when she entered Professor Blossom's class that things looked up.

Professor Blossom was really an amazing teacher, she taught English Literature, One of Mellissa's favorite subjects, and she did not discuss what they were going to learn. She literally asked them to open the first pages of their books, and they jumped right to work. It was amazing and refreshing for the first day.

Several minutes before the bell rang Professor Blossom told the class that they needed to partner up with somebody, the reason for this was so that they could create a healthy debate about the literature. She wanted some students to be pro towards the love story of Romeo and Juliette and she wanted some to give a reason as to why the two lovers should not have been together. This was the task for the semester; she wanted the students to work together every day, to see if they could sway each other to the other one's side.

Professor Blossom called out the list of names, and who each of them was going to be partnered with. While Melissa was jotting down a few pointers she heard that she was going to be partnered with Skye Robertson. Mellissa was thrilled with the partnership as she was the con for the love story. Things seemed to be falling into place now, and she knew that she could work on her own experiences in her past, to bring to light as why the two lovers would have been off better, without each other.

As the bell rang, Mellissa shoved her books into her bag when she heard a voice from behind her.

“Hi I am Skye,” a voice said next to her. She stood up and saw a blonde haired, Green eyed boy standing in front of her. “Look I only have afternoons between 5 and 6 free, so we need to work in that time, get it? I'll meet you in the library at 5 and don't be late, ”he said winked and smiled at her and then walked off.

Mellissa looked at him as he walked out the class in utter disgust, she shook her head and wondered who this guy thought he was to just give a time, what if she had plans for that time and could not do it then. She tried to run after him to give him a piece of her mind, but when she got in the hall, Skye had disappeared in the sea of ​​students.

A little while later Melissa stormed into her dorm room and threw her bag on the bed, her roommate that she had not yet met, nor noticed was sitting at the desk.

“Why are men so arrogant” Mellissa voiced.

“Hi I am Denise, but my friends call me Dee,” Her roommate said standing up. Dee was really beautiful, she had red hair and green eyes, and tanned skin that seemed to make her red locks burst more with color.

Melissa was surprised and embarrassed at the same time. "Oh Hi, I am Mellissa, just call me Mel. I am really sorry about my outburst"

Denise smiled, "Not a problem, so which guy has got you in a twirl, your boyfriend?"

“No I do not have one of those, I am here to study not date, and his name is Skye Robertson” Mellissa started as she paced the room from the door to the window and back again while explained the whole situation.

Denise nodded her head "Well Skye's dad is one of the benefactors of this school and because his dad is a benefactor, he probably thinks he can do what he wants, his brother graduated here last year"

Mellissa sat down on her bed. “So basically I am just supposed to do as he says,” she asked with a quizzical expression on her face.

Denise nodded. “Well if you want your life to be a little easier, then I would say yes. I heard that last year his brother got a girl kicked out because she did not want to date him, but that's just the rumors I hear ”.

"Well I am not going to conform to his standards, nor will I let him get to me" she replied and lay on her bed.

“That is your choice, if I was in that situation, I would give him hell. I know that I might ruffle a few feathers but my mom taught me not to be anyone's doormat” Dee replied.

Melissa had been lying on her bed for a while when she looked over at the clock and saw that it was 4:50; she picked up her bag and headed to the door still in a bad mood.

"Wish me luck," she said as she opened the door.

“You don't need luck girl, It sounds like you have the fire to set Skye straight” Dee replied giggling.

At 5 pm prompt Mellissa walked into the campus library and saw Skye sitting comfortably on the tan leather chairs next to the window, she walked up to him still enraged.

“Hi Skye, I am Mellissa and I got assigned to be your partner in English Literature. Now that you know who I am, 5 to 6 pm is not okay with me, and yes I know who you are, and I know who your dad is. To be honest I do not care. I came here to learn and I do not take orders from some silver spoon guy who thinks he can order people around ”Mellissa did not give him a word in edgewise, she was going to have her say.

“I bet that people probably just fall in line and do what they are told around you, but I am not that kind of person. So tomorrow I will be asking Professor Blossom for a replacement partner ”Mellissa turned around to walk away and then looked over her shoulder and added“ Get It? ” then stormed off.

Skye stood there dumbfounded, he had no idea what had just happened. No one had ever spoken to him like that before, and everyone always wanted to work with him, what was her problem.

Thursday morning started well, Mellissa got up at 5:30 am and headed down the hall to the bathrooms to have a shower before class. The bathrooms were co-ed and it would take time getting used too. It is not that she was a shy person, she just did not like the idea that a guy could walk into the bathroom, and girls could be in there. There were strict rules in place like No walking around in the nude, a towel or clothes were to be worn at all times in the bathroom etc. So Mellissa was a little more