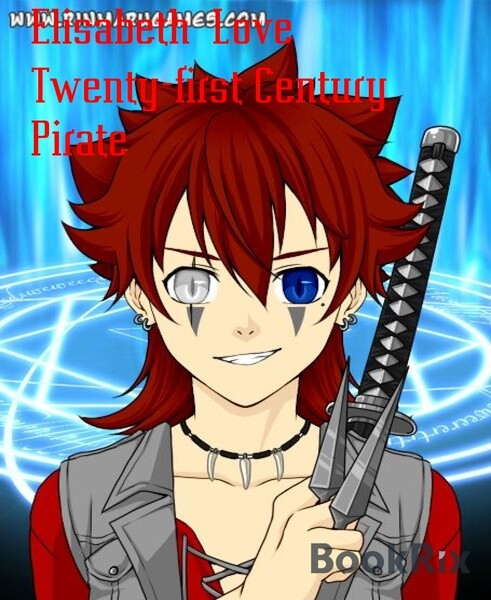 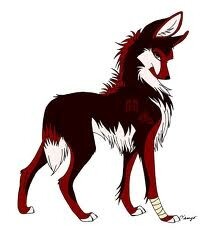 Half jumping half climbing I barely manage to make on top of my hammock, and avoid stepping on my black mamba. Looking down I could see another dark figure scurry across the floor and disappeared on the other side of a barrel. Dam rats, I've always wondered how the vermin even get on ships. When I finally get settled I narrowly avoid falling off . Grabbing the strip of wood above me I lift myself up and rearrange the hammock. Someone keeps twisting our hammocks so whenever you hear a loud thud or cry of outrage in the middle of the night, it's probably someone falling out of bed. Knowing the crew it's probably Nick. At sixteen he's the second youngest and extremely hyper. No one says anything about it though because he's the captain's kid brother. If it's not him then it could be Mathew. Too tired to think about it any more I fall asleep... "Girly wake up 'ts time to get to work." Shouts Felix at my door. "Go away Felix." I groan. Hearing the door open with a grunt I grab the beam above my head and pull myself to the sealing before he could flip me out of the hammock. "Damn you." I grumble. "Hahaha, your quick as ever girly. Now get up." Dropping to the floor I land on my feet and punch Freddy in the gut. Hearing a satisfying "Oomph." I reach behind the barrel, gently lifting the snake and putting her in the tank and lock it.With most of the crew on land the food is better than when we are sailing. Of course it's not fun with just Felix, Mathew, Sam, Joshua, and myself on board. So instead of eating in the awkward silence we work and eat. Between the captain and Nick I'm the only other person who knows how to read and write, so when they are out or don't have time to I do the most of the paperwork and the guys clean or something. Besides I think coming on board ship without having to clean relaxes the crew more. I sit down at the desk and start with the food supplies, which doesn't help my already hungry stomach. By the time Sam brings down the food I had moved past it onto the repairs and costs. "You know, you should be out with the boys or something. When's the last time you've been on solid land?" "Thanks Sam, no I don't think so, and I don't really care how long it's been." I say without looking up. "Well, Leo bought the stuff you wanted." "Thanks could you set the plate on the right and tell him to put the stuff behind the vodka in my room." "Ya." "Oh, and tell him the moneys there too." With a bang of the door he stomps down the hall to Leo.Sam is just a few months older than me and I tried pretending I was my little sister's age but that blew up in my face six weeks after I joined the Silver Bloods. So Sam has always tried to get me to go out with him, but the truth is that I just won't give anyone the time of day. Looking away from the paper I finally look at what I have to eat, crepes... How the hell did they get there hands on the stuff for crapes!?

I have been with the Silver Bloods for three years, and sailing the seas for ten years. I'v studied the military's wrought for years and know were to and not to go. To be my age and be a pirate you need  talents or good connections. I can hold my own in a fight and I'm skilled with poisons. I think that's why I'm one of the crew on the second best prate ship in south sea.

After I finish with the papers I go back down to my room to grab the stuff Leo brought me. Leo is the captains cousin and the best with knifes on deck. The cloths are a bigger version of my red shirt and grey vest with grey knee high shorts. The material is water and fir proof, so it lasts about two years. But I can't stop growing so I save the cloths for when I need them. Hearing the familiar shuffle of feet I go topside to meet the crew. " Cord whats our next destination!" The captain yells from on top of one of the sails. "No Name Cay sir! There's gunna be a big weapon sail and the food there is cheep! Also Reno has a good job offer for us and it stocks a big load this time!" I yell back. "All right! Good job, Jake set sails for No Name Cay!" "Yes sir!" "Hay, Cord Watts the coordinates?" "No Name Cay west of Trinidad, its supposed to have a promising weapon supply and it food sail is cheep. Like I just said to the captain." I say wile checking my supply's then putting them in my special compartment under one of the vodka barrels. "K, tell Mat cuz he wants to know." "Tell him your self Josh." Figuring we have about half an hour till every one gets back, I might as well get some rest. After I climb into the top hammock I fall asleep.

Fire, its all over the place. I can hear the shouts of the boys calling out my name looking for me. I try to call out but my voice holds no sound. "Cord, Cord, Corday get your ass up!" Is the last thing I hear before I feel my body falling. Before I can face plant I spin out of the way of my desk land in a spider-man like pose above the tank on the floor and glare up at Nick. "Cap wants to see you." Still glaring I grab my vest and go topside.

"So Watts this job you were talking about?" "Reno said some bandits have settled down  and are causing that aria some trouble." "So he wants us to get rid of them." "For fifty thousand units." "FIFTY THOUSAND UNITS!?" Bursts Nick who was hiding some wear. "Hello Nick, nice of you to drop in." "Ya hi, so why does he want fifty thousand for this one?" "Its Gold Bird they started deploying people on land." "Watts that mean." Nick asks. "It means this isn't going to be easy." Said Vlad/ the captain. " Cord, can we get the weapons before the job?" " If we go under we might be able to go through the caves and go through the back door." "Where do we have to submerge?" " Just out of canon fire" "Kay, Nick tell everyone to get ready and load up." "On it."

Once he was out Vlad Steps to the windows and takes a deep intake of breath. "Is somthing wrong Vlad?" With out looking back he said," Your sister, they found her off the Northeast cost of Hong Kong." If I wasn't already siting I wold have fallen over. Lisa had gone missing two weeks after joining the crew. The Night Lander has tried to raid the ship and just barley got away. Now six and a half months later she shows up. "How long ago was she killed?" I asked hideing the despair in my voice. "That's the thing, she isn't dead." Now he terns around," I need you to fined out why they kept her alive wile not letting her fined out. Try to see how easy we can leek info from her. Got it?" "She cold very well be  a spie." Isaid to myself. "Exactly." After wat seemed hours of silence I gave him the report on the ships needs then left.