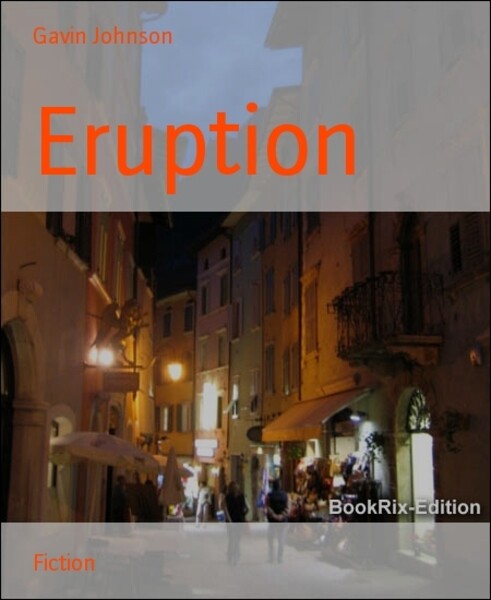 Once, there was a young begger in the city of Tukehiem. Now the city of Tukehiem was built under a volcano that had been unactive for a hundred years. "You have nothing to worry about Mako," Sheila the market owner said. "Still you never know," Mako would grumble, as he would feel for his staff. Mako was blind, often people would baby him and keep him protected, which irratates Mako, who is always looking for some fun, if the food supply was good

"Come Tetan," Mako called. Tetan's ears perked up, sat up and gradually paddled to his conpanion. Sheila and Tetan were the only ones in the village who never babied him. after bidding him fairwell, Sheila gave him tomatoes, four of them. His dinner. walking down dusty road after road, Mako heard the sweet laughters of children, playing. Mako sighed, clutching the tomatos harder, letting precious juice spill out. Tetan licked it right up

Mako sat down near the small church building, which he called home. Mako bit into the first tomato, letting the juice trickle down his dry throat. licking off his fingers, deciding to save the rest for another time. He made his prayers to God, and lay his head down for another terrible sleep.

Mako woke up verry sluggish the next morning, while Tetan was nowhere to be heard, nor felt, Mako sat up and had another tomato. Probably out for his breakfast. When Tetan returned, they went on their daily walk. "Hullo Mrs. Bemtam," Mako cheered. "Why Hello Mako," Mrs. Bemtam said sweetly. "Oh, Oh my goodness!" Mrs. Bemtam cried. "What? What is wrong?" Mako asked. "The volcano, it will explode soon!" Mako threw his head back, laughing. My wrist achs never ly! Mrs. Bemtam yelled. Mako only smiled wider and shook his head. As he walked down the streets, he would have never thought that this was the beggining of the greatest tradegy of his life

I started as a low grumble, then it grew louder and louder untill it blasted! the explosion rang in his ears, making him jump. He heard the screams of his people, the nasty sulpher filled his nose and lungs. Smoke, smoke was all he tasted, hacking, coughing, wheezing, his mind, so confused, so tired, Tetan bit at his raw heels, Mako felt everything. With Tetan biting at his heels, it encouraged him to run faster. Screams tore at his ears. His mind, he tried not to panic, but he couldn't contain it. He screamed. Tetan, volcano, lava, death. his mind was in shambles.

Tetan furiously bit him, untill Mako finally fet sand, soft, sweet land. Sea water filled his nose, and he fell unconcious. The next thing he knew, Mako was being pulled through sea water. As water sloshed up his legs, something occurred to him. Where is Tetan? Tetan! Tetan! Tetan! Sea water splashed in his face, but that didn't stop him. Mako was helped into what seemed like a boat. Tetan! Tetan! Tetan! water streamed down his face. Though it wasn't sea water. Put snug near Sheila, Mako heard the cries of the unlucky, meeting their demise. With the Screams stained in his ears and the sulpher in his nose, Mako was a broken man till the day he died.

About Eighteen hundred years later, pictures show a skeleton of a dog in the wreckage of the city of Tukehiem, one thing puzzled everyone though. the dog had something in his mouth, it looked like: tomatoes! "Hey Paul take a'look at this!" "Well I'll be darned! a tomato! Wonder what made him want it so bad." "Yeah, I wonder," his partner said thoughtfully.