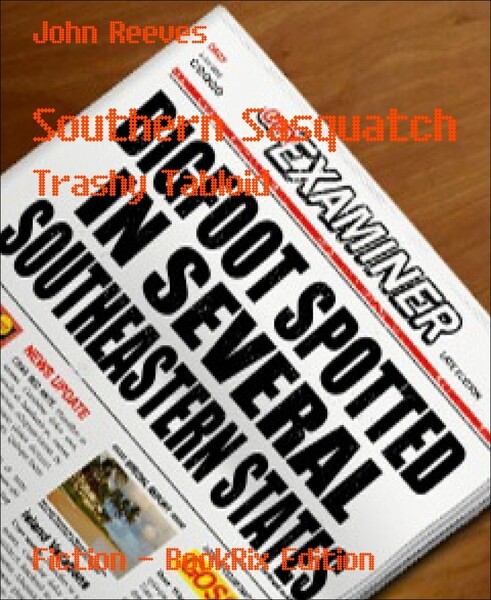 Bigfoot Spotted in the Southeast

Well according to two young boys, ages 12 and 13 it is. Johnny Miller and Patrick Jones were fishing in the Tennessee River when they saw what they described as a bear. When the boys told their parents about the incident, the story was not believed. When the boys told their story to the local sheriff, he took it more seriously. Mark L James with Alabama Fish and Game checked on the case. His finds were startling.

"What those two boys saw in the woods wasn't a bear." James would say. "It had feet like a man and hair samples are being tested as we speak."

Word got around fast in the small north Alabama town, and residents were out searching for the monster by the river. They'd only been convinced the story was true when the authorities became involved. "They didn't believe anything we said until we told the police." Johnny would say. There is a belief among residents now, or either they're looking for a reason to carry their guns.

What is the difference between Bigfoot and a smart blond? Apparently Bigfoot exists. More than fifteen people have spotted the creature in the last three weeks. The hair samples are due back from the lab on Tuesday. "I'm not sure what we saw was a bear, but I think there are people who believe we saw something now." Patrick would tell reporters. If they don't believe what the two boys reported, they're acting as if they do. 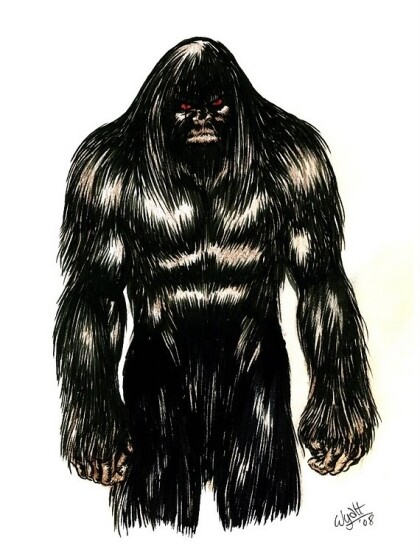 The deep south Monster had allegedly been seen in Alabama, Tennessee, Mississippi, and Georgia. Several photos have surfaced, but none of them have been tested for authenticity. Rogersville, Mississippi mayor had this to say: "We're forty years behind the Pacific northwest, because they've been claiming to see this thing for a long time. The only thing I can figure is the monster must be done with cold winters, and is looking for Florida. He can go down there and shave all that hair off, and you know he could blend right in and be forgotten." Maybe the mayor can or will forget, but there are those who won't.

Widmung:
A special thanks to Rick Carufel for the photo on this book's cover.