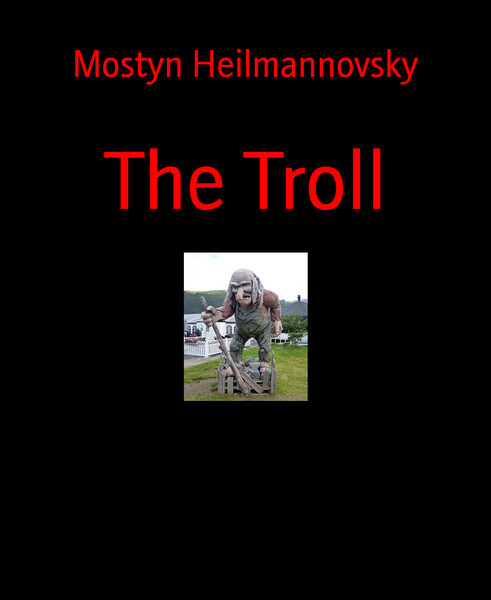 Many stories have been told about trolls and many still believe, that trolls are beings of myth and that they are just a being of fantasy. Well, this story tells my personal experience with one and I know, that it is hard to grasp, because conventional science still teaches us, that a thing such as a troll is just a product of our human fantasy albeit a part of the collective human mind.

But then the question pops up, that spirit and mind might me two aspects of the same. For what is consciousness, if not the expression of life in every form and being. Can we not reason without doubt, can we not think of what is and not is, but even if a troll does not exist, does it not still exist on some plane, even if it is only a figure a part of an individual mind expressing its thought forms in its own world, its own fantasy world?

Well I assume, that I am being too philosophical now and this was actually not my purpose, I just want to tell what I have experienced and what I have learned to be true, at least in my own perceived form of reality. Maybe I am wrong and maybe my experience was just a trick of my mind, an illusion, which I have created to cope with life’s hardships. Well, reader perhaps you should read this story with an open mind and judge it after you have heard, what I have to say because it might be interesting to discover if it maybe could be true, that such a thing as a troll could exist. Perhaps you reader should forget your predefined judgments and opinions of life and just listen to, what I am about to share with you.

Now let me commence the story about a strange creature, which I have met in a town not far from Hartford, the capital of Connecticut, where rumors of these beings have been existing for ages. They just were not called trolls but little people or dark elves. So the name does not really play a major role, because the creature still remains the same creature, the same phenomenon, which has been perceived by many thousands of people throughout the ages of time.

Where the trolls come from and who really made them, is another question, which I will not address in this story, which is about to unfold. Now I will commence my story about my experience, that I had with a troll, which transformed some of my beliefs, which were shattered as I realized, that something like a troll was as real as an animal in the forest or the rain in the morning.

And now as I reminisce on my encounter with the troll, I try to ponder about my world of notions, of thoughts, which until I discovered the world of trolls, was