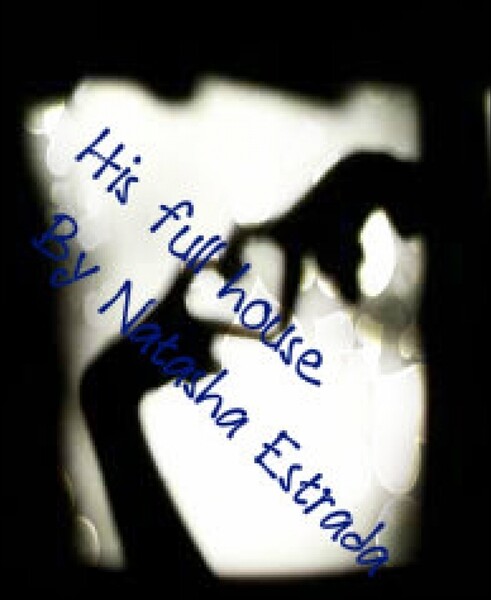 Sophia's P.O.V-
Ryan walked into the house looking at me with teary eyes "My sweet baby boy come here." I said opening my arms for a hug and he came running into them. "Mom please don't hate me....please being gay is just the way I am." Ryan cried into my chest, yes he was only that tall. "Sweetie your father and I talked while you was out and I must admit that what I've done wasn't right nor acceptable. Please Ryan forgive me for hitting you. Never once in my life have I raise a hand against you or the others." I whispered petting his head gently and he nodded. "I forgive you mommy" Ryan said hugging me tighter and Aaron coughed letting us both remember he was there. We both looked at him and he had a face of a jealous child. "Come here" I said and he wrapped his large arms around the both of us.
Tommy's P.O.V-
I over heard my family talking and felt a hint of relief that my mom came to accept my brother for who he is. "Tommy...what's wrong" Isabella said sitting next to me on the stair case with a wary look. "I don't like it when they are here....seems like they are forcing themselves back into this family. I vowed that I wouldn't run back to them and claim both you and Ryan as my own when I got older." I told her knowing she'll understand me. "Tommy, I'm sorry for being a bother and ruined your teenage hood." She whispered trying to hold back her tears. I looked at her shaking my head. "No, never once did I thought of you and Ryan as a bother but as my own children. I realized what it feels like to take care of those you loved and had wonderful friends to help me out." Pulling her close to me and hugging her gently. "B..but aren't you tired of taking care of us?" She cried into my chest "Nope never." I said not feeling anything but happiness since my brother and sister mean the world to me. My parents lost the chance of being parents to them. Hours went by when everyone rushing in and out. When it was finally both my parents and I sitting in the family meeting a called forth. "Tommy what was it you need to talk about?" My mom asked said looking at me with slight worry. "Sophia, Aaron, I do understand the need to work hard to take care of your children. That is how I feel with Isabella and Ryan. I feel as if they are my own. Now what I wanted to talk to you about is that how can you come back into our lives when you walked out three years ago? No call or letters. Just a check to help pay the living expenses and then the rest comes out of my own check that I give to Ryan and Isabella for their allowances. Don't get me wrong I am not complaining. All I am trying to get is why now? What are you guys hiding?" My parents locked their eyes onto mine when my father let out a loud sigh. "We just missed out kids that's all. We know that we was in the wrong but I do not wish for this to break us apart Tommy" and my mother nodded in agreement. "Why are you children making us out to be the bad parents?" She asked tears building up "Because mom YOU left us. YOUR children!" I shouted fighting the urge to punch something and I knew that if I don't calm down I'll send them out without their shit. "Tommy you sit your ass down now!" My father said glaring at me. "What you going to do old man? Leave? You know what fuck off when I turn fucking nineteen I'll adopt them as my fucking own!" I yelled and was about to storm out of the living area and turn back "Get the fuck out of my house! Because I am not dealing with your shit! My name is on the fucking deed and I'll take care of this home. When I get back you two better not be here. Say goodbye to your kids because they'll be mine once your gone." I said with a evil smile on my face.
Ryan's P.O.V-
I came home from picking up Isabella from her last day in summer school and notice my parents rental car is gone. "Do you think they went shopping?" I asked Isabella and she shrugged her shoulders not caring. Worrying about our parents I went to my brother and asked him about his opinion. "Tommy where do you think mom and dad is?" I said looking at my older brother with large puppy eyes. Tommy looked at me with a something I never seen in his eyes before. Fear....is there something he done to them? Did he murder our parents? "Ryan...", my brother began uneasy, "I know that you got stuff straighten out with mom and dad..but I told them to leave since I felt they were not good parents. Ryan before you say anything..I already got a court case going. I will adopt both you and Isabella. All I have to do is prove I am a good parent." Tommy said tears building up in his eyes not understanding my reaction. "Please don't hate me Ryan..I am doing this for you both." He said and I stared. That was all I could do was stare.