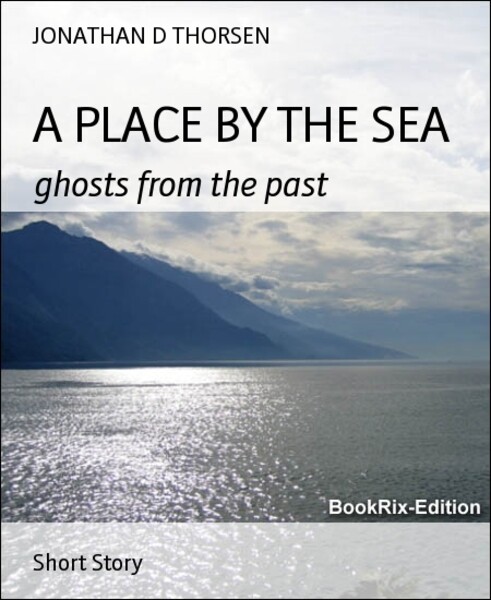 
David was a writer based in Glasgow,Scotland. He was starting a new book and needed the peace and tranquility of the highlands, so he could concentrate.

It was also a journey into the unknown.

David was a writer from Glasgow. Over the years He had had several books published, three best-sellers among them. Most, if not all of them, were written in His house in the west-end of Glasgow. But the new project which He was undertaking involved the countryside, so to get into the right spirit for writing such a piece, He had to re-locate to the countryside.

The next day, David went to George Square Tourist Information Centre in Glasgow City Centre to find a place where He thought He might next meet His inspiration and create a new piece of His work.

“A wee place by the sea would be good” He thought to Himself as He waited in the queue, which seemed to take forever. Seemingly, there was a small language problem.

Eventually the queue dispersed, and He explained to the girl everything He had imagined about his place. She was checking on the computer while He described it to Her in almost absolute detail.

As she turned the monitor so that He could see, she explained to David that this property had all the things which He was looking for.

“Scara Brae!” he exclaimed, “That’s perfect!
The Girl smiled up at Him. “Thank you” she replied, to which David retorted, saying “No, Thank You!”

“Excellent” David exclaimed, “Can you book me in straight away, please?”
“Certainly Sir” replied the girl.
After all was completed, He made his way back home to prepare his things and pack them away, making sure to pack his laptop for the long journey north.


Ten hours later, after disembarking the ferry, He wasn’t sure which way to go, so he pulled over to the side of the road to examine the map given to Him by the girl.

Back at the Tourist Information Centre in Glasgow, as He had studied the map, he had noticed that the sun was setting, which was a wonderful sight, He thought to Himself.

“I could do with more of this.”

He collected His thoughts together. As it was now very dark, David put his headlights on. When he eventually arrived at the Guest House, an elderly woman was waiting for Him.

As He walked up to the door, She said, almost singing as the Highlanders tend to do when they speak, “Where have you been? I was expecting you a couple of hours ago.” She sounded like a worried Grandmother.

He smiled back at her and said “I saw the sun setting, and I just had to stop and watch it.”
Her face softened as She smiled. “Yes” she said, “It is really beautiful up here,” she continued. “Well, I’d better get you to your room. You must be very tired.”

As She showed Him to His room, she explained to Him the breakfast times. She left him at the door, saying “Here we are now; I hope you enjoy your stay. Good night and God Bless.”


It must have been the back of one in the morning when David was awoken, with flashing lights in the night sky, and a strange drone which sounded like a propeller-driven aircraft, followed soon after by an almighty explosion and a loud scream. He sat bolt upright, sprung out of bed, and ran to the window, but to his amazement, there was nothing. No lights, no drone, no fire, nothing to explain what had just happened. He stood in disbelief. It seemed to David too real to be a dream.


In the morning, David went down for breakfast, which He found very nice. But there was no sign of the elderly lady. “She must be busy elsewhere”, David thought to himself.
He took a walk down the coast to get some fresh air, as He had been writing all day. He saw a small village in the distance. “I could go get a wee pint of lager”, He thought to himself, but He knew that he ought to start heading back because it was beginning to get late again.

Just as He was heading back, David heard a strange but all too familiar drone. He looked all around but couldn’t see anything, then came the explosion. He ducked for cover then again came that scream, which, just as last night, sent a chill shooting through his body. It came from the direction of the Guest House. He looked up from His prone position expecting to see the blackening sky laced with dust or smoke, but as before, there was nothing.

“Oh My God, What the hell is happening?”

He started back to the Guest House again, and this time He made it. When he got back to the door there was a middle- aged gentleman standing there.
“Hello, how are you today?” The man asked.
When the man saw David’s face after returning from his walk , he asked him “Hey, are you all right? You’re as white as a sheet.”
David just looked at him and said “I’m fine. I should just go to my room to lay down.” The man at the main door simply replied “yes, of course.” By this time, a lady had joined them, but she was not the old lady from before.

David asked where the elderly lady was that welcomed Him in and showed Him to His room. The couple at the door looked at each other with bewildered faces.
“Oh, are you sure you’re okay?” the lady asked, she continued “I’ll make you a tea, take a seat.”
At the table all three sat round and David told them what had happened. After He had told them, both of them were speechless.

Now it was the other two who were chalk white. David, who by now had calmed down, noticed this and asked “What?” What is it?” He asked again. When the pair had come out of their stunned silence, the gentleman asked David “In which room of the house are you staying?”
David replied that it was the room upstairs, at the end of the corridor. It was then that the lady politely interrupted Him.


“David , was that what you said your name was?” she continued “David there has been no-one in that room since my Grandmother died in 1942.”
David looked at her intensely. He thought that this could not be. “Was she was the old lady who had led me to that room?” he asked himself.
He asked the woman “If you don’t me asking, could you tell me what age your Grandmother was when she died?”
The lady answered “Yes, it’s okay.” She went on, “by the way, my name is Jean, and this is my husband Donald.”
Again she continued, “My Grandmother died when she was nineteen years old when she passed away during childbirth.”
“that might explain the scream” David considered to Himself.


David took Donald and Jean up to His room and as He opened the door, which to his amazement, was unlocked, He found the room to be empty, but in the corner of the room was all of David’s clothes and his laptop, all in a nice, neat pile.

He turned to Jean and Donald to find that they too were in a state of shock. They helped David to move into another room. “Let’s hope I can get a good night’s sleep”, he thought to himself. And, indeed, that night He did sleep soundly.


The next morning, David felt recharged and generally better from his night of unbroken rest. He thought to Himself “Perhaps now I can concentrate on my book.


That night, while David was writing, He saw something out of his peripheral vision. Flashing lights, he thought to Himself “Oh no, not again!” Just then, He heard the explosion, and then the scream, which was more gut-wrenching than before. “Why the intensity?” He thought to Himself.
“Have I upset someone?” David questioned himself, louder than before.


Just then, the room lit up as if the beam from a warship searching light had spotted Him. In the corner of the room, all sorts of light were in evidence. “It is actually very beautiful” David said to Himself with a bewildered look upon his face. It was then, that in a corner of the room, from a glowing doorway, a figure appeared. To his amazement, appeared the old lady. “HELLO,” He shouted, but there was no reaction from her. He continued “Remember me? You showed me to the other room.” Still no reaction, so He continued to watch her as she just walked through the wall beside the door. Then the light disappeared, and all was as it was before.
He lay in bed, in quiet reflection, pouring over what had just happened, and indeed, what had happened over the last couple of days. Was this the culmination of all the events leading up to this? Or was there more to come!


THANK YOU TO...
William Waddell, Catherine for backing and supporting me, I love You, Mary Breslin, the best mum in the world, Tracey, Peter, Tyler and Finlay Grant. Thomas