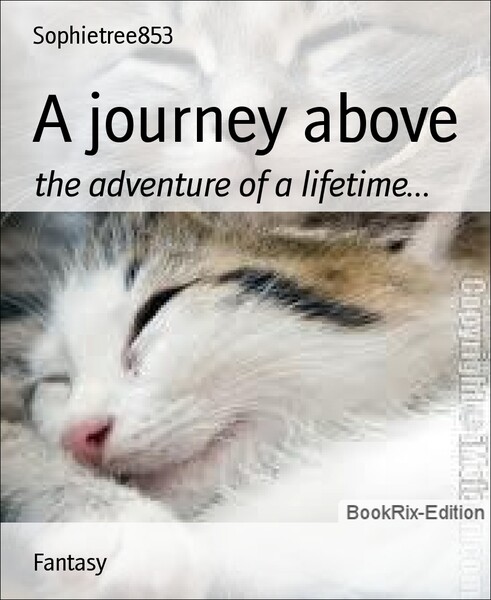 There was a tapping at the window. Thomas jumped and hissed frightened, all of a sudden he leaped to the window-sill he saw Pebbles and Gordon.
“Guys I was sleeping don’t wake me like that!” exclaimed Thomas as Sophie walked in and opened a window. Thomas was a talking cat; he was from the jeans of Aslan the great. Pebbles and Gordon weren’t, though Thomas had taught them a bit of English. Thomas was a long-haired ginger tabby. Pebbles was a white tortoise-shell, that meant that she had patches of other colours. Gordon had a brownish tabby print coat of fur and was very old.
“Come on Thomas,” shouted Pebbles walking up Thomas’ drive-way “we need to get to the pond before Tristy and Angel do!” Tristy and Angel were they’re worst enemies; they belonged to Sahara just round the corner to Pebbles house.
“Why don’t you come Sophie?” asked Gordon “you’re fast.”
“Oh I’d love to come” said Sophie and ran to the front door. She quickly opened to and ran to the garden. So they sped to the forest where the pond was. At the pond there where some boys throwing stones.
“Silly people they could hurt someone,” said Thomas. Suddenly a big stone hit him! He started flying. Sophie, Pebbles and Gordon disappeared. Suddenly he felt as if he was flying through the clouds! Then he saw a lion and a tiger and another one and a cheater and a cougar and lots of other big cats! He walked over to a fountain to have a drink and he found himself as a white lion! He saw a tigress next to him.
“Who are you?” exclaimed Thomas as he jumped from the fountain spraying water everywhere.
“It’s Ok Thomas it’s only me, Sophie,” chuckled Sophie. Thomas looked embarrassed for a moment then walked away.
“Hey there Thomas!” said a voice behind, him he jumped he saw a black panther and a snow leopard.
“Let me guess Pebbles and Gordon,” mumbled Thomas.
“Yeah it’s us,” said Gordon, the black panther. Thomas walked over to a little café with Sophie, Pebbles and Gordon but as he was walking he heard a voice,
“Thomas?” questioned a voice from behind him. He turned around.
“Is that you?” asked what Thomas had now realised was the queen of big cat land.
“Yes,” said Thomas “do I know you?” the lioness walked over to him.
“Thomas! Thomas! It’s you our long lost son!” exclaimed the queen.
“Oh great my cats a royal,” mumbled Sophie.
“Your cat?” questioned Thomas’ mum.
“Yep he belongs to me,” said Sophie hugging Thomas.
“But you’re a tiger?” said Thomas’ mum.
“Umm actually we come from the ground with humans. Sophie is actually a human and I’m an average cat,” said Thomas as they started walking into the palace. Ignoring what Thomas had said the Queen asked what they would like for dinner.
“Would you like Roostered steak or German Shepherds pie or Mousie on a stick what would you like Thomas?” she asked.
“German shepherds pie! German Shepherds pie!” said Thomas.
“Ok then Thomas! German Shepherds pie it is!” said Thomas’ Mum happily
“Mum can I have a sleep first?” whined Thomas.
“Of course you can I’ll show you your room,” fussed Thomas’ Mum. So she and Thomas started walking up-stairs.
“Billy is up there too,” said Thomas’ Mum.
“Billy?” questioned Thomas.
“Oh Billy is your brother,” answered Thomas’ Mum. Thomas jumped into this bed and dosed off. When he woke up he found himself asleep on Sophie’s bed!