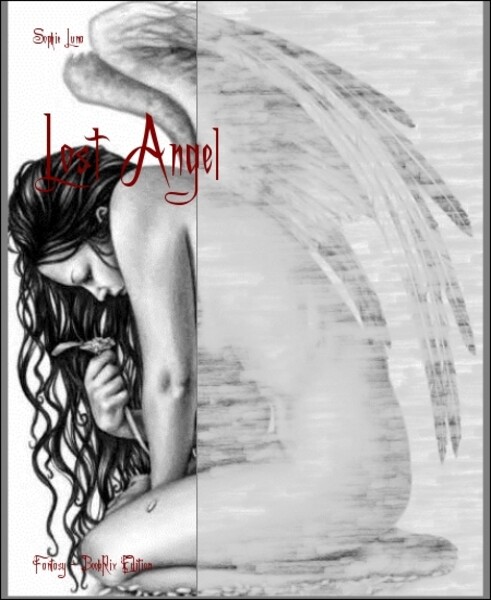 Instead I landed here, earth.

I was born on a sweltering midsummer night,1437, an odd year, died 1459, then again in 1716, and for the third time yesterday. My deaths as usual, never lasted long.
Quite a span to be alive I suppose. The ticking clock in the land of the living moves incessantly along and I had no choice but to harry to its pull. No, not quickly as those romantic tales profess, faithfully and constant, it’s the one thing you can rely on. Every day faces the future while the past is left behind.
My name, along with my persona has changed drastically since that diabolical moment when my soul left my body, only to return against my will. Angelica Marinette Leona Chevalier - quite a mouthful. Since then, I simply go by the name of Angie. I am now, and have been, 22 years old for over five centuries. And believe me life can become dreadfully predicable in the void of mediocrity on this planet. Love, hate, war, peace - same old, same old, the world as always revolved around those paramount, self induced woes. The leaders of the human population could never quite grasp it. We’ve been recording history for thousands of years and still those think tank nerds and know it all politicians continue to make the same mistakes. They perpetuated what I hated most - war.

“What color?” I said in between a yawn.

, just the thought of his name sliced like a knife. He had held my heart, and then was gone, both of us slain to the musket of the white man. I had been brutally hunted as a witch and he a savage heathen. Just one kiss we shared, that perfect one embrace still haunted me. I could still feel it on my lips even after four hundred years. How I endured afterwards is still a mystery to me. It was during this time, my evilness flowed, his loss burned with an insurmountable rage within.
Surprising, what I had run from had followed, inside me. It took a long time to resurrect the embers of goodness in my soul.
Invariably the thoughts of the past always dredged up sludge so I pushed back the mud into that black barren hole.
Glancing around, in my peripheral vision, a dark mass moved, slithering behind the shops and alleys. Yep, still stalking. Concentrating, I attempted to sense his persona, but was met with a wall of emptiness. My parents must really be desperate to enlist the aid of one so cunning to shield his intent from me.
“Is there someone following us?” Jenna sounded apprehensive, clutching my arm close. Neither of us would dare walk these streets alone after the sun went down. Not from the terror of the unknown, more out of fear of the destitute, drug abusers and villains looking for a free handout. Just last week a girl was attacked and her purse stolen.
“Probably, who could resist two such lovely ladies as we to accost,” I tried to lighten her mood. “But just in case, let’s take a taxi home.”
“Deal,” she returned and started sprinting. The horrors of the streets blew away as the bistro loomed ahead. I could hardly keep up to her now.
At the door, Jenna whipped out her compact, powdering her face over. She straightened her dress, inhaled deeply, and we entered the bistro.
True to his picture, Avis Bentley spotted us, jumped up, catching his protruding belly on the table. The water glasses teetered for a moment, spilling, but thankfully righted. He seemed not to notice once his eyes locked with Jenna’s. A sigh slipped from my lips watching the remarkable drama before me. He took her hand, stiffly, as if he had practiced it for days and kissed it, just like the knights of old.
Tucking her arm in his, he led her to the table. Standing forgotten I looked around for what awaited me, but there was no one in sight. Stood up again, my guess. Pushing on, I sat down next to the two lovebirds, their heads close as they chirped to each other. It would be a long night.
Just then a tall man walked in the restaurant, his eyes boring on our table. Strange but familiar brown orbs, but instead of a welcome he wore a spiteful glare. My cheeks burned and I quickly turned, trying to hide from his scan.
Unbelievable, he was reading my soul as I attempted to read his. Could he be? No, I have never met another of my kind in over a hundred years. Stealing a sideways glance from under my eyelashes, he came forward. That walk, his broad shouldered stance and dark hair chestnut hair sent ripples down my spine. I surreptitiously picked up the menu to hide.
“Angie,” he smiled a huge perfect grin and held his hand to me. Centuries of impeccable social graces down the drain, I could only gawk.
“Sorry, I’m late, my name is Ben, I believe I am your date tonight.” He stared back, examining me from the top of my flaming face to my flaming feet. “Have we met before?”
“I don’t believe so,” I mustered a crooked smile back. No not in this lifetime but perhaps another. Looking into his guarded heart, I could not tell if his soul perpetuated in the garden of good or evil.