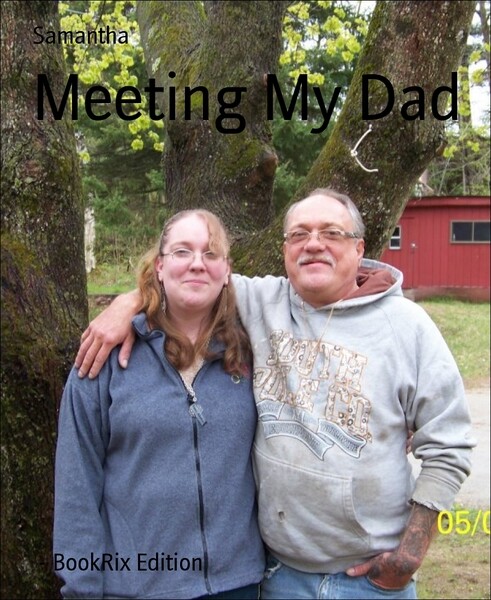 
After I read the first letter I was crying, thinking to my self wow I am really going to get a chance to really meet my father from all of these years. The thought of getting that chance now put me into anxiety attack and it was hard to breath. Cause that‘s what I wanted when I grew up was to meet my dad and really know what he really was not just by what others have told me. So I wrote back to my dad which was in prison. But how I new he was in prison was that on the envelope was the address on where he was at and it had a prison number on it, plus stamped. He sent me a paper of when he was supposed to get out of prison and it said 4/10/2012 max time served. But until then we both mail each other letters back an fourth when we could.

On 4/10/2012 my dad called me to let me know that he was out and free from doing his time in prison. He stayed in Texas for about a week on the streets with no food or money with him. Until one day my dad called me and said that he was sleeping in a park and it was raining plus in was very cold out. All I herd over the phone while he was talking was the shivering chatter from his teeth tapping together. Then I got off the phone with my dad, and that’s when I talked to John and we both talked about buying him a bus ticket to come back to NH and VT area closer to us. It was around the time that I was getting my income tax return money and I used that money to get him a bus ticket home which was a little over a hundred dollars for the ticket.
Also At the time that my dad was in prison doing his time, John and I got together and he purposed to me and I said yes. John and I were together for a year before he purposed to me, and we both made a date to get married in Jun of 2012. In one of my letters that I sent my dad while he was in prison doing his time. I told him that I wanted him to be there to walk me down the isle, and my dad said “I wouldn’t miss it, and I will be there.”
Then Both John and I told my dad all of the information about what time to get on the bus and where to go and how to get the ticket from the bus station. We set the bus information up that he was getting on the bus in TX, and being dropped of in VT but of course with many bus changes. We both made plans with my aunt by phone that she was going to pick him up which was his sister, and bringing him to her place to stay for a while before he got on the bus in TX. The next phone call that we got was from my dad saying that he is on the earlier bus. I was a little confused on why he was on the earlier bus. But I was happy about it hearing my dad so happy on the phone. Knowing that my dad was on his way back home. It made me feel like, wow I am now going to get a chance to meet my father for the first time in my life. On the second day of his travel, he called me and said that he’s at the bus stop in VA. He told me that he had to wait for many hours to get on the bus cause he took the earlier bus in TX, plus he had no money to get any food and he was hungry. Then he told me that the lady at the desk told him that if he didn’t want to wait around for the next bus that he could continue on the way as he was, but he would have to pay a fee of $15.00. So we set it up that John and I were going to money gram some money to him so he could get some food, and for the fee for him to get on the bus again, instead of waiting many hours at that station. A couple hours went by when I got my dad’s next phone call, and he told me that he was back on the bus heading home. The next phone call from my dad was that he arrived in VT, and he is sitting at the bus station waiting for his sister to pick him up. Which this was also my dad’s first time meeting his sister too.
See my dad was adopted when he was a child as what my mom told me, when I wanted to know more about my dad when I was a teenager. That was pretty much all that my mom’s side of the family told me that he was a drunk and that he was adopted, plus that he wasn’t a nice guy when he drank either. They all wanted me to forget about him, like they didn’t want me to know anything about him. After a while I stopped asking about my dad on my mom’s side of the family, they wouldn’t talk or tell me anything about him. So after that I just told my self (oh well) and went on with growing up.
About a hour later my dad called me back and said that he met my aunt and his sister, and they were heading back to her place. When they get there he would call me back to let me know. And then a couple hours later I got a phone call from my dad saying that he’s at my aunts house. He told me that he was going to get something to eat and take a nap for a while. I was so happy that he was back home, and happy that he met his sister, and that soon I will be meeting him for the first time too.

The next morning came and I woke up and walked to the kitchen to find out that my dad was already up and on the porch. My dad was smoking a cigarette and drinking his coffee. That’s when I noticed that he made a pot of coffee.
So I said good morning to my dad and walked to the coffee maker to pour myself a cup. Then I left the coffee cup with coffee in it on the counter, and walked to the bathroom to refresh myself. Then I walked back to the kitchen, and grabbed my cup and headed to the porch wear my dad was at. The kids weren’t up yet, so I set my coffee down and lit a cigarette with my dad. As I looked at my dad I knew that he wasn’t fully awake, and neither was I, but we chatted quietly. Then John woke up walked to the bathroom, and then on to the porch, and started to chat with us. After about twenty minutes all the kids got up and sat down in front of the TV to watch cartoons.
See it was a Sat, and it was my day off from work. I work as a housekeeper. I have been at my job for almost a year. Plus when my dad moved in to stay with us it was at the end of May after my daughters birthday. John and I had brought the kids sparklers for the 4th of July to have fun. We bought the sparklers about a couple weeks before my dad moved in with us. But when we got told by the landlord of are new place saying that we couldn’t use fireworks or sparklers on the property, that’s when we planned to have the kids have fun with them before we move. Which was a great idea summing my dad was with us. So John and I decided that on my next day off we would light the sparklers for the kids, and my dad.
On this nice sunny summer day we all went out side with the kids to play. My oldest Julie road her bike, and the other two were in the wagon in the back yard. My dad was pulling the wagon for the kids, and John and I hung out the laundry out on the line to dry. After the laundry was done, I sat on the porch for a while watching the kids and my dad having so much fun. It was so nice to see my dad laugh and smile. My dad started to get tired and then Julie took over on pulling the wagon as my dad sat down for awhile. Then we all went back in side cause it was starting to get dark, and we have been outside all day. I guess you could say that we were burning day light having fun in the sun.
John and I left the clothes outside to dry, and we would get them in the morning if they were dry enough through the night. We cooked dinner, we ate and then we sat up for a while. The kids put in a movie to watch in the living room. Then John, My dad, and my self went on the porch with the laptop computer and started to play games. I started to play this pool game that my dad was interested in playing but he didn’t know how to play, so I showed him how to play. That’s when he said “I know how to play pool at a real pool table but I am not good playing pool on the computer”. That’s when I told my dad “ I have been playing this game for a while”, and at first I didn’t know how to play the game on the computer myself either”. We both smiled, and he went back to try another game on the computer. After the movie was over the kids got ready for bed, my dad and I plus John were talking about this and that on the porch. After a while went by that we had are cigarettes and played computer games, plus chatting that it was late and time to get ready for bed. The kids were already a sleep, and we headed to bed our selves. We all said good night to each other and my dad gave me a hug. John and I went to our bedroom to get in to bed, and as we settled in under the blanket. I whispered to John I had a great day with my dad, and good night sweetie. Then the lights were out.

Widmung:
To my Dad and My self