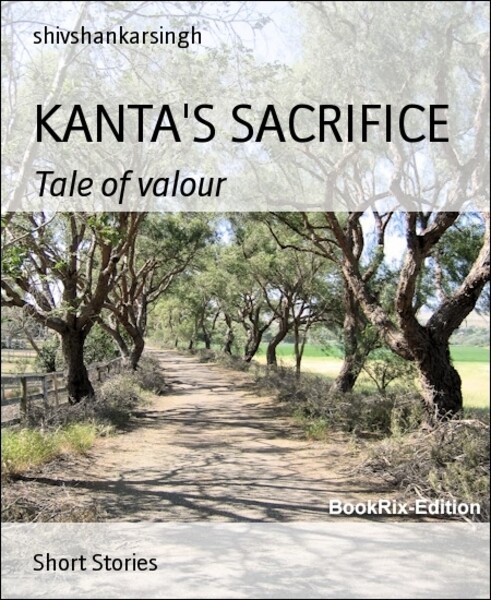 Kanta lived with her husband ,a farm laborer ,in a small village near ManRanipur ,in District Jhansi. Jhansi is famous because of Rani(queen )Laxmibai who fought British in 1857.Kanta could not go to school because her father did not allow her the privilege of even basic education in order to keep their honor intact ; being the eldest child she was married at an early age of 17 in nearby village Sakrar. These parts of Bundelkhand are notorious for dangerous life because of frequent kidnappings, robberies, and dacoities. Winter period is considered highly suitable for dacoities for people are confined within walls of their houses and raising an alarm becomes difficult. Also in the winter the weather numbs not only the limbs but also takes away the courage .


One such night when she was sleeping with her husband on their only cot they possessed, she was woken up before midnight by her brother .He along with five other companions was shivering outside her door apprehensively and they all thrust themselves in the two room thatched house. Her brother Kina demanded that she must cook food for all and they should be fed without delay as urgency required their fast movement out of these confines. She enquired of her brother as to their plans and cause of visit at such an odd hour with undesirable pack of armed men.

Her brother became wild and told Kanta to shut up and cook whatever she could; upon persistent questioning he told about his plan to proceed for dacoity in the nearby village .He got the news that a wedding was in the coming week and they knew of some jewellery and cash being collected for the wedding there.

She got confused with this plan and her heart pounded so terribly as if she was amidst an ongoing dacoity.

She woke up her husband and told him to go and fetch some vegetable oil to cook food; on pretext of borrowing flour from neighbor She came out of her house and told her husband to inform and bring the police to deal with her brother.

After dispatching her husband she gathered wood and made a fire and began cooking curry out of gram and began boiling potatoes.

Meanwhile the poor much shaken husband reached the police outpost and told the arrival of dacoits in his house; the police Sub Inspector Chaudhary questioned him for a couple of minutes then gathered a few constables with their rifles and accompanied him to his house. Nearing his house he told his followers to move in a quiet manner. When they all reached; he asked the husband to call his wife and tell her that she must open the door. He knocked the door, Kanta came out and the door was locked from outside.
The police Sub Inspector took them aside and tried to make out the location of the dacoits inside the house.
Time was short so they all collected kerosene from nearby houses and put the house of Kanta on fire. Earthen house with straw roof began to burn like Holi. The dacoits began firing desperately and indiscriminately from the thatched house. Police replied with more fire. In a few minutes all six were brunt to death. Kanta was relived and a sense of achievement was writ all over Kanta of having served the family of a would be bride from the cruel brother.
The matter was duly recorded in the sheets of Rojnamcha of police outpost Sakrar police station. She was called by the Magistrate to report the truth as authorities took it as one of the cases of police atrocities. Kanta so fearlessly narrated her story before the Magistrate that no iota of doubt remained. She came out of the court room like a victorious heroine having fought the battle which the very great and real heroes shiver to face.
But there is no record of her valor anywhere in any record and the award of bravery given over to policemen mocks the truth of a sister’s sacrifice.