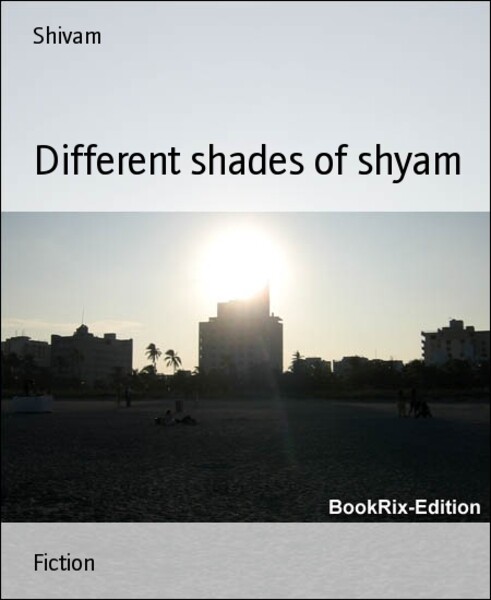 “A murderer!” cried a bereaved wife.

“A sweet optimist,” said a popular singer who was known to be popular amongst boys half her age.

“An imagination beyond all human boundaries,” whispered a girl on parole from a mental asylum.

“Maybe a messenger of God,” conveyed a mourning couple.

“Mad! Mad! Mad!” a psychiatrist, on a parole from a jail, where he was put for culpable homicide, shouted in uncontrollable fits.

“A coward, or maybe, a fool,” smiled a woman whose beauty belied her age by many times and whose tears betrayed her smile.

“A criminal! A scheming little rascal!” spat a doctor who was just released from jail.

“An unskilled beggar,” announced a man with dirty, unkept hair and a dirtier smell.

"A tragic lover," sighed a woman with a slight deformity in her right leg.


Anand surveyed the collection of people who had assembled at his residence for mourning
the death of someone they all claimed to know. He wondered whether they really knew him. Was it the same person they were all talking about? “I’ll decide that after I hear them out,” he muttered. Somehow, meeting these people and hearing their descriptions of Shyam made Anand remember an old story of six blind men attempting to gauge the size and shape of an elephant. Each held a different part and thought that to be an elephant. Their views were very different and they kept on arguing till a wise man explained that they were all right in their own ways, but an elephant is the sum of its parts. He decided to put an end to his speculations by introducing himself and the circumstances leading to their meeting.

“Friends, I am Dr Anand, Chief forensic resident at the City hospital,” he introduced himself. After impressing his position upon the motley group, he continued, “We have gathered here to mourn the unfortunate demise of Shyam. He was a beggar at Swastik cross roads,” Anand had to stop on seeing the varied expressions on the faces of the mourners. Some faces showed utmost grief, some showed derision and some showed streaks of tears. Again it made him think of the story of six blind men and the elephant. After allowing time for letting his last fact sink in the minds of the people, he continued, “Shyam was found dead yesterday after being crushed under a car. Investigations into his identity showed that he was a doctor at a point of his life. My purpose of gathering you all here is to know more about this man who lived the life of a doctor and died the death of a beggar.”

A stunned silence cloaked the room, which was broken to shards by a harsh, dry laugh from somewhere. One by one, the mourners began to speak their story.