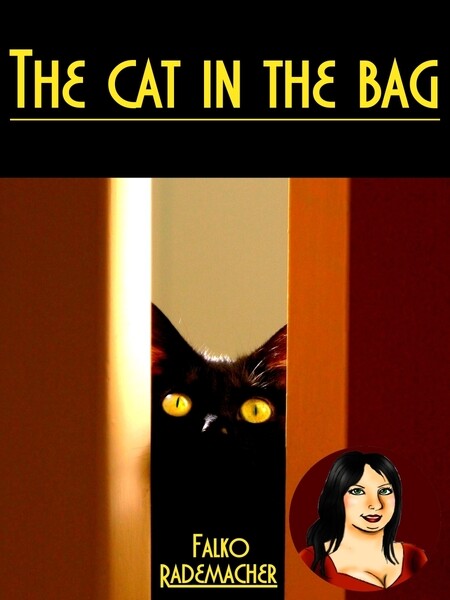 The Cat in the Bag

The characters and plot of this novel are fictitious. Similarities with living or deceased persons would be purely coincidental.

A Suitcase Full of Blood

The Vampire of Berlin

The Cat in the Bag

Chief Inspector Fabian Zonk from LKA Berlin lay naked on the couch. That wasn't very smart of him, as he should have known.

It wasn't his couch, but that of his partner in all situations, Chief Inspector Lisa Becker. She was shopping and had asked Fabian to tidy up her apartment a bit. Maybe asked was the wrong word.

»Should we ever move in together,« she had pestered him, »I don’t want to be Monsieur’s cleaning lady, is that clear?«

»You're cleaning up after your critter,« Fabian's incredibly quick-witted answer had been. When he got out of the comfy old bed, he had stretched his naked, always well trained body a little, which usually worked wonders for Lisa. Not this time.

»He always licks his bowl nice and clean, and himself too. And all the dirt he makes, he buries himself behind the bushes in the yard.«

»Well, from time to time I lick you clean,« had been Fabian's half-hearted attempt to escape his front-line duty, but the chubby commissioner had firmly resolved not to fall for the tricks of this lazy gentleman any more. Instead she leaned forward in her bathrobe and showed him a crater-deep cleavage - combined with the vague hope of a princely reward. Two people could play this game.

Out of ideas, Fabian had promised to welcome her back with a tidy living room, a freshly made bed and a full pot of tea. Lisa was skeptical, after all she only wanted to be away for two hours, but one has already seen bigger miracles, such as the rise of man to the top of the food chain. A decent, reliable Fabian, on the other hand, was at best a medium wonder of the world.

But it looked like this miracle would be a long time coming. Now the Chief Inspector lay on the couch and rummaged around in Lisa's e-reader. The woman had too many romance novels, as Fabian found. The fact that even modern, intelligent women still read this frippery was beyond him. This only gave rise to unhealthy ideals of what the man with whom they wanted to share their lives should be like. This, in turn, led to the fact that one suddenly had to exert oneself madly to undertake long trips and walks with the woman and had to pretend that one was interested in art and culture and similarly unfunny women's stuff. Fabian was convinced that women didn't actually want to go to galleries and museums, but considered it a compulsory program to simulate a fulfilled life. That is also why women buy important books from renowned authors as hardcovers and hide the trash on their kindles.

[Author's note: This should mean that he turned the pages by wiping movements on the e-reader's touch screen, but you just continue with your dirty mind!]

The young, handsome and pompously equipped multi-billionaire let his hand wander straight to the breasts of the average-looking and rather stale narrator, when Fabian noticed from the corner of his eye how Lisa's cat, an ex-stray black colored and - as Fabian found - black soul, came into the living room through the cat flap of the garden door. The animal noticed the man and registered with its nose that Lisa was not at home. An unusual scenery for both parties, and the tomcat first had to think about how he could capitalize on it.

His name was Mischa, but only he knew. Lisa still called him simply »cat«, because she didn't want him with her at the