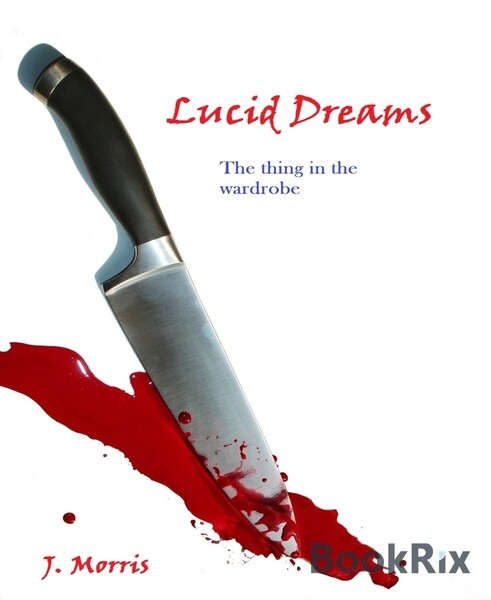 “It’s been going on for months now, Doctor, and it’s getting worse,” said Peter Jenkins.

Doctor James Goodes, an eminent child Psychologist, looked at the trio in front of him, the Jenkins family: Peter and Jill, a young middle class married couple in their early thirties, and Stephen, who just turned eleven the week before. The young man sat nervously between his parents.

Stephen seemed like an average eleven-year-old boy. Slim, quiet and shy as many eleven-year-old children are, but as Doctor Goodes knew, appearances mean nothing in the minefield of psychology. The professional’s legs were crossed as he sat in his oversize leather chair and made some notes in his notebook.

“So, tell me, Stephen,” he said, looking across the wide desk at the young boy in front of him. “What happens in these dreams? Can you describe them for me?”

Stephen fidgeted with his hands, too timid to look up at the doctor, afraid to confide in a stranger about his worst fears.

“It’s ok, Stephen,” said Goodes. “I’m here to help. I’ve helped a lot of boys with these things, boys just like you. Relax and take your time.”

“Tell the doctor, Stephen. Tell him what you told us. We’re here,” said Jill comfortingly as she put her arm around her son’s shoulder.

“Well,” he began, still unable to look at the doctor, “it’s always the same. I dream my parents are dead.”

“There’s something living in my room, something real bad. It lives in my wardrobe.”

“What does this thing look like?” asked Goodes, making more notes, his eyes not leaving Stephen. It was a skill he had acquired over the years. He could maintain eye contact with his patient and at the same time use his peripheral vision to scribble words that only he was able to decipher afterwards.

“I never see its face. It’s kind of blurry, but I see its eyes, and its grin. It’s really scary.”

“Tell me what happens, Stephen.” Stephen was visibly upset as he relived his nightmare.

“I hear the wardrobe door open. The thing comes out and walks to my bed. It bends down and its face comes close to mine and I see its eyes. They stare at me. I can’t look away. Its face is blurry, and then it smiles. I know it’s smiling because I can see its teeth. I want to scream, but I can’t; I’m too scared. Then it speaks to me.”

“Stephe--” Jill interjected, but Goodes raised his palm in her direction to cut her off, still maintaining eye contact with Stephen.

“What does it say, Stephen?”

Stephen fidgeted and a tear trickled down his cheek. He sniffled.

“It says...” Stephen’s eyes were wide and staring into space as he relived his nightmare in his mind.

“It says, ‘say goodbye to your parents, Stephen.’”

“I try to scream for help, but I can’t. I shut my eyes and I hear it walk out of my room and down the hallway. I hear Mum and Dad’s bedroom door opening. Then Mum screams. I know they’re dead. I know it killed them.”

Goodes looked at Stephen thoughtfully for a few seconds. He pressed the intercom button on his phone. “Veronica, can you come in, please?”

The receptionist entered the room.

“Go with Veronica, Stephen. I just want to have a chat with Mum and Dad.”

Veronica and Stephen left the room, Veronica closing the door quietly behind her.

“What is it, doctor? Will Stephen be alright?” asked Jill.

“Night terrors are quite common, even at the age of eleven,” Goodes explained, his eyes alternating between the two parents. When a child feels close to their parents, particularly an only child, their worst fears can surface during their dreams, and a child’s biggest fear is losing their parents.”

“But it’s getting worse. It started about three months ago,” said a concerned Jill. “It was once every week or so, and it just got worse. Now it’s almost every night. He wakes up screaming. He’s almost inconsolable. We leave the light on, but it makes no difference.”

“Give it a couple more weeks. His young mind is still developing. There are a lot of things going on in the brain of an eleven-year-old child,” said Goodes. “These things usually sort themselves out, and they can just disappear overnight. I wouldn’t worry too much about it. Call me if you have any concerns, or if it continues more than, say, three more weeks. Just be there for him. Comfort him when he needs it. Try and nurture in him a sense of self confidence and esteem. Convince him that you aren’t going anywhere. His subconscious mind will soon accept it as truth.”

“I hope you’re right, Doctor,” said Jill. “It breaks my heart to see him that way.”

“I’m sure he’ll be fine Mrs. Jenkins. There’s no need to worry. It’s very common, more common than you realise.”

That night, Stephen lay in his bed with his eyes glued to the wardrobe door, as he did every night. He wished he never had to sleep ever again. He wished he could stay awake forever so that the thing, whatever it was, couldn’t invade his dreams, couldn’t smile that evil grin, but, just as every other night, he was eventually overtaken by fatigue, and he slept soundly.

Peter and Jill checked in on Stephen before they went to bed. They looked down at their only child as he slept peacefully, and Peter affectionately placed his hand on the small of Jill’s back as she lightly kissed Stephen’s forehead. They turned off the light, leaving just a small nightlight to illuminate the room. They left the room, taking one last glance at their only son, and walked quietly back to their own bedroom.

At 1:16 AM something flickered in Stephen’s dormant mind, a feeling of dread that woke him from his peaceful slumber. He heard the wardrobe door open, a barely audible squeak of the door hinge. Afraid to look, he pulled the blanket over his face. He could feel a presence close to him. Stephen’s breathing slowed until it stopped altogether as he listened for the slightest sound indicating that the thing was still there. The room was deathly quiet. He heard no sound for several minutes and slowly moved the blanket down off his eyes. A pair of eyes six inches away stared directly into his. There was nothing but those eyes—wide, evil, and hypnotic.

Stephen froze, unable to even scream. His eyes widened and his face contorted in silent terror as a grin appeared on the creature’s obscured face. He waited for those inevitable words in that voice totally devoid of mercy and human emotion.

“Say goodbye to your parents, Stephen.”

Stephen watched as the thing turned and walked toward the door. It turned left and he listened as its footsteps moved slowly and softly on the wooden floor and down the hall

towards his parents’ bedroom. He tried to scream, to shout, to warn them of the impending danger, but no sounds would come from his mouth.

“No. Please, no,” he whimpered, but the words were only in his mind.

He heard the metallic click of their doorknob turning. Five seconds later, his mother screamed once, a brief but blood-curdling scream, and then there was only silence.

Stephen switched on the light and screamed hysterically as he looked down at the bodies of his mother and father, their faces almost unrecognisable. Their faces and necks were covered with blood from dozens of stab wounds, one of which had entered his mother’s open mouth as she screamed, slicing through the length of her cheek and forming a permanent, hideous grin. The last trickle of blood pumped from her carotid artery as she gurgled on her own blood and took her last breath.

Ragged pieces of flesh hung from a three-inch gash on his father’s forehead, the bone exposed, the knife having glanced off the skull and ripped through the thin skin like the gutting of a fish. His motionless, vacant eyes stared unblinkingly at Stephen, eyes that asked a silent question that would forever remain unanswered. Stephen began sobbing.

“I told you it would happen” he cried, almost accusingly as if he blamed them for their own demise. Tears rolled down his cheeks. The bloodied knife fell from his hands onto the floor and he dropped to his knees, sobbing.