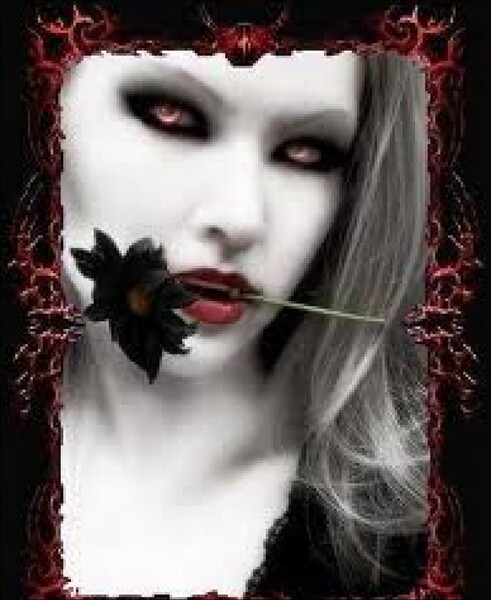 Half Blooded
I guess if i could switch places with someone, I would. Hi I’m Laura I come from two tribes. I’m part vampire and part ware-wolf. My parents gave me up at birth, because It was against tribe rules to be together. Now I live with my dad Aron and His NEW girlfriend Aliza. My 9step0 parents got a divorce last year and my mom kicked me out of the house. So my dad said I could live here. My parents don’t know that I’m A vamp.-wolf. I live in Minnesota, in a small town named Baxter. I’m moving further into Baxter, because a couple is moving out now our population is 4,056. Now I have to transfer schools. I’m not going to argue with moving, because where we lived was a rain forest. We had a lot of problems with flooding. Sadly It is the middle of the year so I have to start in the middle of the trimester and I have to catch up to understand whats going on. At least I know one person that goes there His name is Andrew. I know him because he is a vampire. He is my cousin, we are related by blood... LoL we don’t have any blood alive!!!:) I also have another cousin that lives by here. He doesn’t go to school here though. He is home-schooled, because he is a wolf. My parents don’t know about him either. Oh well... that doesn’t matter. All they know is that I’m warm but pale, James (wolf) is warm and tan, and Andrew (vampire) is cold and pale with beautiful brown eyes. My first day of school I rode the bus. The second day my dad let me borrow his car. The second day was fun. We went on a field-trip to the Aquatic Center. We went swimming. Not so good with me!!! I swam So fast, they made me join the swimming team. Well that day I joined the basketball team too. Lucky for me, I’m not so good at volley ball. I accidentally Hit a guy on the head when I was getting ready to bump it. His name is Brian. You could tell he digged me, because he was stuttering with his words. He was cute and all but he looks like he wouldn’t be my type. In biology a bunch of guys were checking me out it was awkward! Tonight I’m going to James house. My dad and his dad are really close. Andrew invited me over, but my dad told him I was busy, so he’s kind of mad at me. He’ll get over it after he eats dinner. (ha ha he drinks dinner not eats it...not entirely anyways LoL)
Three Days Later
I got home from school to see Andrew in my driveway. He asks if I want to come over for dinner. (He read my mind... literally!) Ok I’ll pick you up at 8:30...... I started getting ready for the dinner with his family,or just him I’m not sure, so I hopped in the shower. Once I got out, little did I know he was on my balcony. I started getting dressed,as he walked by the window he saw me. (worst day of my life!) I was so embarrassed and had no thoughts as of what i should do. He opened the door enough to reach the curtain. He closed the curtain him still on the other side,and shivers went down my spine. he just saw me and was a total gentle-men. All he did was close the curtain and act like nothing happened. Once I was done getting dressed I went out to get him, and he wasn’t there he was in the closest tree observing me to see what my reaction would be. I flew over to him wind pushing my hair towards my face shadow from the tree casting on my face. I ask him why he left. He said “I was scared you would get mad at me for seeing you like that.” I told him I didn’t mind even though inside I cared a lot. He said “Good so it’s ok if I tell you You look Hot!” Um thanks, I muttered. “You ready to go,” he asked with a really cute dimple on his face? “Ya, anytime your ready.” “Good my parents are almost done with dinner.” lets go!......... I got home from dinner to see my dad balling in his room. I asked him what was wrong. He said His cousin Had died while on his camping trip. He got attacked by a bear they said. I told him I was sorry. “I’m really sorry dad,” I told him feeling bad for him. What was going on I’m so confused. I don’t know, but I have to forget about it for a while. Andrew kissed me after dinner tonight. When I’m dating James. What am I going to do, What if James finds out? I don’t know who I like, but At-least they don’t know each-other, I’m saved for now. I have to find out what is currently happening right now my life is all messed up. I just got an e-mail saying that we have a biology report due tomorrow. Erg! That makes me even more of a mess.

Today I had my biology report turned in on time, but Andrew got way clingy It was scary clingy! Maybe I should tell James, or maybe not. Ok I’ll think about the pros, and cons. Pros: James wouldn’t get mad at me, Andrew wouldn’t be my problem anymore, and I would feel good about telling James the truth. Cons- James would start a fight with Andrew, James might become too protective over me, James might not trust me anymore, and Andrew would hate me. Ok more cons than pros! Maybe I should just keep to myself for a little while more. I just want to go home and lay in my bed to forget all about everything outside of my bedroom.My heart thumping hard inside my chest the shadow of the sun casting on my shades with a little light through my screen on my window......


I admit maybe I fell asleep but who’s paying attention... Oh wait my mom. She came in and notified me that dinner was almost done. “Mom I’m going out to eat with Andrew!” She just kept going on and on about how I never eat at home with the family. Little did she know I was a vampire. And if i ate with the family, then I wouldn’t have a family anymore. I’d rather disappoint my family then not have one at all. I had planned on telling them I was a vampire but then there was an accident when Andrew’s friend was over with us. My mom was cooking dinner and cut herself. I went outside, but Andrew had to stay and help keep his friend out of trouble. He attacked her, and she screamed “Get this beast away from me!” Since then I haven’t wanted to tell her anymore. After that I quit trying to communicate with my mom. “Mom I’m heading to Andrew’s be back in a bit.” She mumbled something back but I didn’t hear her. As fast as I could I dashed out the window. And as fast as I dashed out the window came Andrew to get me.

The next day, I went to visit James. When I got there he was running up to get me. He greeted me by putting his arm around me and with a light peck on the cheek. I told him not to do that. He answered with a low questioning “Ok?” I felt so bad, I never liked talking to people. Let alone tell them off! Either-way he made me feel uncomfortable. I wasn’t sure why, he is my boyfriend after-all. I don’t know but It’s about time to set my story right. Lately James has been clingy, but Andrew has been the total gentle-men. I’m so confused. What’s going on here? I need to get them together so I... We can talk about it.

Tomorrow James and Andrew are meeting me at Starbucks. The only place where a vampire works so we can get blood. They don’t know each-other’s going to be there. I hope all goes well.... This morning I woke up and had a very bad gut wrenching feeling. I decided to get ready for
lunch/drinks at Starbucks. I really wanted to blow it off and stay home, but imagine what would happen if they both showed up at my house together and a conflict started what if my parents were home? They might find-out what I really am. Can’t let that happen! I’m almost ready to head-out when I hear a knock on my door I run downstairs and open it. Only to see them both standing right there. “I said to meet me there at noon, It’s only 11:30.” They both said at the same time, “I was coming to get you as a surprise.” Once they said that they both look at each-other and started arguing. My mom yelled from the kitchen, “Honey, whats going on in there?” I froze in my tracks. She reaches the front door, as James yells hey how are you?! And Andrew says politely, Nice seeing you again, Nancy. That made Andrew so mad he turned around and said “Thats it your going down.” Threw a punch and tackled him. I tried to get in between them ,but my mom stopped me. I guess it’s time to tell my mom what I really am. I turned around and told her to back up before I ran and attacked them. Tore them apart and told them to go home. That night I
was in my room every second possible so that there were not any chances of explaining all of that to my mom. From the second I woke up, to the second I fell back asleep I was in my room. Except when I’m at school. Although, I had to run to school every morning so my mom would be at work before I left; It was difficult to get to school on time considering my mom left for work every morning five minutes before school started. I eventually will tell her ,but until then...

Widmung:
my friend Laura who always admires vampires hoping to be one some day!!!:)