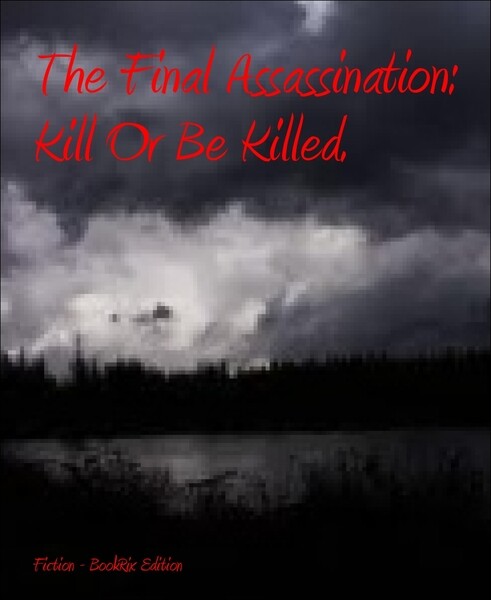 The young girl screamed and writhed in pain. He had fired another dart at her, this time aiming for her calf. She tumbled forward and collapsed. She tried to get back up but the dart had enjected something into her leg and it made it numb. She couldnt feel it. She had nowhere to run, nowhere to hide. She was trapped. The dart he had shot in her arm released the numbing medicine. She couldn't feel it at all. The hunter sauntered forward sneering down at his victem. He grabbed her by the hair and she screached in pain. "What do you want from me?" she said throught clenched teeth. He grinned viciously, "It matters not what I want from you. Its what I want with you that should matter," he said. He rolled her over on her back and as she starred into the eyes of the hunter, she saw that he was completely serious. And vulnerable. She jabbed her knee upward and he let out a sharp yelp. But he didn't loosen his grip on her wrists. He retrieved a knife from it's hollster on his upper thigh and held it to her throat. "Want to try that move again little girly, and I'll slit you open and reveal those pretty little intestines of yours," he said. To prove his point, he sliced a rather large cut in her forearm. She screached in agony. She was truely terrified of him but gathered up her courage and spat in his face, "I'd like to see you try!" He gripped her by the throat and cut a deep gash in her leg. She tightened her jaw muscles of her jaw to keep from screaming. She didnt want to give him the satisfaction of seeing how much it hurt her. He grunted in frusteration at how still she remained. He now struck a blow at her inner thigh. This time a small squeak escaped her lips. His mouth turned up into a sneering grin and he stuck the knife deep into her calf and she screached, one of her hands freeing its self from his grasp. She rammed her hand into his nose, shoving it into his brain. He staggered backwards dropping his knife which she retrieved. Before he could do anything, she removed it from her leg and shoved the knife up into his ribcage, strait into his heart. He died instantly. She walked away, knife in hand. That was a close one. But, hey, thats the every day life of an assassin.