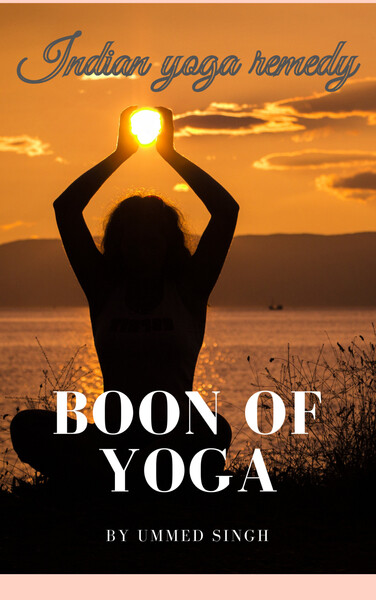 Copyright 2021 by Ummed Singh
This ebook is guide and service as a first guide. In addition, please get expert advice by writing email to Ummedsingh7427@gmail.cAll images used in this book are taken from pixabay.
All rights reserved, including the right to reproduce this book or portions thereof in any form whatsoever. For information, reach out to author through email.

Yoga ( Sanskriti: yoga ) is a spiritual process in which the work of bringing the body, mind, and soul together (yoga) takes place. This word-process and perception - is related to the meditation process in Hindu text, Jain text, and Buddist text. The word Yoga has spread from India to Buddhist texts in China, Japan, Tibet, South East Asia, and Shri Lanka as well and people are familiar with it at all times in the civilized world.

For the first time since fame, on 11 December 2014, the United Nations general assembly has recognized 21 June each year as world Yoga day. The definition should be such that it is free from imprecision and exaggeration faults, it can be able to describe the meaning of the word for yoga which is suitable for every topic and is not suitable for anything other than yoga. The Bhagwad Gita is considered a prestigious book. The word yoga has been used many times in it, sometimes alone and sometimes in particular, such as Buddhayoga, Sanyasayoga, Karmayoga. The names Bhakti Yoga and Hath yoga also become prevalent during the Vedas period. Patanjali comes to see the word Kriya Yoga in Yogadarshan. Words like Pashupati Yoga and Maheshwar Yoga also have references. The meanings of the word Yoga in all these places are different from each other.

In the Gita, Shri krishna has said at a place ' Yoga: Karmasu Kaushalam 4 ' (Efficiency in deeds is Yoga.) This sentence is not the definition of Yoga. Some scholars believe that the joining of the soul and the divine is called yoga. There is a big objection in accepting that even Buddhism, which does not accept God's authority, behaves with the word Yoga and supports Yoga. The same can be said for communities who consider the authority of God to be imperfect. Patanjali 's YogasutraIn, the definition that has been given is 'Yogashtantvatrishnirodha', the name of the prevention of the mental practices is Yoga. This sentence can have two meanings: Yoga is the state of detention of the mind, or the remedy to bring this state is Yoga.

But many scholars have objected to this definition. He says that the name of the flow of Chittavaritas is Chitta. Complete detention would mean the complete omission of the existence of the mind, the complete disappearance of all the memories and rituals of the mind. If this happens then it will not be possible to rise from the tomb. Because no sacrament would have survived for the support of that stage, the destiny would have been burnt. If possible, what will be the meaning of this sentence of Shri Krishna? Yogastha: Situated in Kuru Karmani, yoga and do deeds. There can be no karma in the antithesis and in that state, no sanskaras can be performed, memories cannot be made, which help perform karma