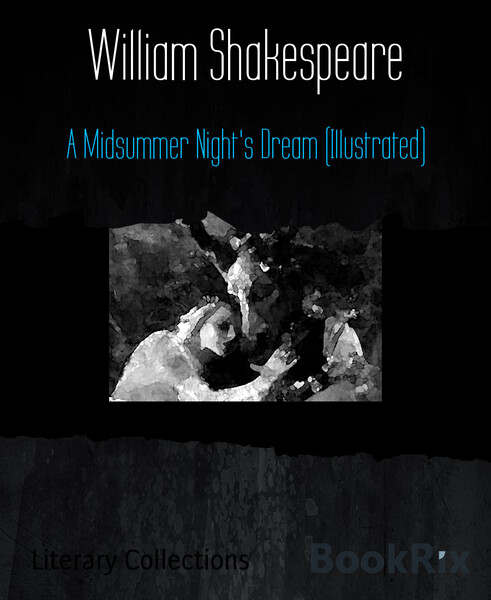 LYSANDER, in love with Hermia

DEMETRIUS, in love with Hermia

PHILOSTRATE, Master of the Revels to Theseus

HIPPOLYTA, Queen of the Amazons, bethrothed to Theseus

HERMIA, daughter to Egeus, in love with Lysander

HELENA, in love with Demetrius

OBERON, King of the Fairies

TITANIA, Queen of the Fairies

Other Fairies attending their King and Queen

Attendants on Theseus and Hippolyta

Athens and a wood near it

Athens. The palace of THESEUS 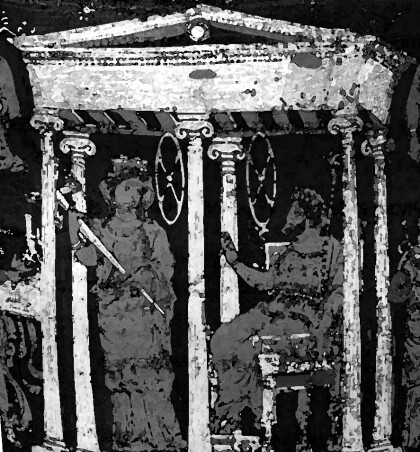 Another moon; but, O, methinks, how slow

This old moon wanes! She lingers my desires,

HIPPOLYTA. Four days will quickly steep themselves in night;

Four nights will quickly dream away the time;

And then the moon, like to a silver bow

New-bent in heaven, shall behold the night

Stir up the Athenian youth to merriments;

Awake the pert and nimble spirit of mirth;

Turn melancholy forth to funerals;

The pale companion is not for our pomp. Exit PHILOSTRATE

Hippolyta, I woo'd thee with my sword,

But I will wed thee in another key,

With pomp, with triumph, and with revelling.

THESEUS. Thanks, good Egeus; what's the news with thee?

EGEUS. Full of vexation come I, with complaint

Against my child, my daughter Hermia.

Stand forth, Demetrius. My noble lord,

This man hath my consent to marry her.

Stand forth, Lysander. And, my gracious Duke,

This man hath bewitch'd the bosom of my child.

Thou, thou, Lysander, thou hast given her rhymes,

And interchang'd love-tokens with my child;

Thou hast by moonlight at her window sung,

And stol'n the impression of her fantasy

With bracelets of thy hair, rings, gawds, conceits,

Of strong prevailment in unhardened youth;

With cunning hast thou filch'd my daughter's heart;

Turn'd her obedience, which is due to me,

To stubborn harshness. And, my gracious Duke,

Be it so she will not here before your Grace

Consent to marry with Demetrius,

I beg the ancient privilege of Athens:

As she is mine I may dispose of her;

Which shall be either to this gentleman

Or to her death, according to our law

Immediately provided in that case.

THESEUS. What say you, Hermia? Be advis'd, fair maid.

To you your father should be as a god;

One that compos'd your beauties; yea, and one

To whom you are but as a form in wax,

By him imprinted, and within his power

To leave the figure, or disfigure it.

Demetrius is a worthy gentleman.

HERMIA. So is Lysander.

THESEUS. In himself he is;

But, in this kind, wanting your father's voice,

The other must be held the worthier.

HERMIA. I would my father look'd but with my eyes.

THESEUS. Rather your eyes must with his judgment look.

HERMIA. I do entreat your Grace to pardon me.

I know not by what power I am made bold,

Nor how it may concern my modesty

In such a presence here to plead my thoughts;

But I beseech your Grace that I may know

The worst that may befall me in this case,

If I refuse to wed Demetrius.

THESEUS. Either to die the death, or to abjure

For ever the society of men.

Know of your youth, examine well your blood,

Whether, if you yield not to your father's choice,

You can endure the livery of a nun,

For aye to be shady cloister mew'd,

To live a barren sister all your life,

Thrice-blessed they that master so their blood

To undergo such maiden pilgrimage;

Than that which withering on the virgin thorn

Ere I will yield my virgin patent up

Unto his lordship, whose unwished yoke

My soul consents not to give sovereignty.

THESEUS. Take time to pause; and by the next new moon-

The sealing-day betwixt my love and me

For everlasting bond of fellowship-

Upon that day either prepare to die

For disobedience to your father's will,

Or else to wed Demetrius, as he would,

Or on Diana's altar to protest

For aye austerity and single life.

Thy crazed title to my certain right.

LYSANDER. You have her father's love, Demetrius;

Let me have Hermia's; do you marry him.

And what is mine my love shall render him;

And she is mine; and all my right of her

I do estate unto Demetrius.

LYSANDER. I am, my lord, as well deriv'd as he,

As well possess'd; my love is more than his;

My fortunes every way as fairly rank'd,

If not with vantage, as Demetrius';

And, which is more than all these boasts can be,

I am belov'd of beauteous Hermia.

Why should not I then prosecute my right?

Demetrius, I'll avouch it to his head,

Made love to Nedar's daughter, Helena,

And won her soul; and she, sweet lady, dotes,

Upon this spotted and inconstant man.

THESEUS. I must confess that I have heard so much,

And with Demetrius thought to have spoke thereof;

But, being over-full of self-affairs,

My mind did lose it. But, Demetrius, come;

And come, Egeus; you shall go with me;

I have some private schooling for you both.

For you, fair Hermia, look you arm yourself

To fit your fancies to your father's will,

Or else the law of Athens yields you up-

Which by no means we may extenuate-

To death, or to a vow of single life.

Come, my Hippolyta; what cheer, my love?

Demetrius, and Egeus, go along;

I must employ you in some business

Against our nuptial, and confer with you

Of something nearly that concerns yourselves.

Exeunt all but LYSANDER and HERMIA

LYSANDER. How now, my love! Why is your cheek so pale?

How chance the roses there do fade so fast?

HERMIA. Belike for want of rain, which I could well

Beteem them from the tempest of my eyes.

LYSANDER. Ay me! for aught that I could ever read,

Could ever hear by tale or history,

The course of true love never did run smooth;

But either it was different in blood-

HERMIA. O cross! too high to be enthrall'd to low.

LYSANDER. Or else misgraffed in respect of years-

HERMIA. O spite! too old to be engag'd to young.

LYSANDER. Or else it stood upon the choice of friends-

LYSANDER. Or, if there were a sympathy in choice,

War, death, or sickness, did lay siege to it,

Making it momentary as a sound,

Swift as a shadow, short as any dream,

Brief as the lightning in the collied night

That, in a spleen, unfolds both heaven and earth,

And ere a man hath power to say 'Behold!'

The jaws of darkness do devour it up;

HERMIA. If then true lovers have ever cross'd,

It stands as an edict in destiny.

Then let us teach our trial patience,

Because it is a customary cross,

As due to love as thoughts and dreams and sighs,

I have a widow aunt, a dowager

Of great revenue, and she hath no child-

From Athens is her house remote seven leagues-

And she respects me as her only son.

There, gentle Hermia, may I marry thee;

And to that place the sharp Athenian law

Cannot pursue us. If thou lovest me then,

And in the wood, a league without the town,

Where I did meet thee once with Helena

To do observance to a morn of May,

There will I stay for thee.

I swear to thee by Cupid's strongest bow,

By his best arrow, with the golden head,

By the simplicity of Venus' doves,

By that which knitteth souls and prospers loves,

And by that fire which burn'd the Carthage Queen,

When the false Troyan under sail was seen,

By all the vows that ever men have broke,

In number more than ever women spoke,

In that same place thou hast appointed me,

To-morrow truly will I meet with thee.

HELENA. Call you me fair? That fair again unsay.

Your eyes are lode-stars and your tongue's sweet air

When wheat is green, when hawthorn buds appear.

Sickness is catching; O, were favour so,

Yours would I catch, fair Hermia, ere I go!

My ear should catch your voice, my eye your eye,

My tongue should catch your tongue's sweet melody.

Were the world mine, Demetrius being bated,

The rest I'd give to be to you translated.

O, teach me how you look, and with what art

You sway the motion of Demetrius' heart!

HERMIA. I frown upon him, yet he loves me still.

HELENA. O that your frowns would teach my smiles such skill!

HERMIA. I give him curses, yet he gives me love.

HELENA. O that my prayers could such affection move!

HERMIA. The more I hate, the more he follows me.

HELENA. The more I love, the more he hateth me.

HERMIA. His folly, Helena, is no fault of mine.

HELENA. None, but your beauty; would that fault were mine!

HERMIA. Take comfort: he no more shall see my face;

Lysander and myself will fly this place.

Before the time I did Lysander see,

Seem'd Athens as a paradise to me.

O, then, what graces in my love do dwell,

That he hath turn'd a heaven unto a hell!

LYSANDER. Helen, to you our minds we will unfold:

Her silver visage in the wat'ry glass,