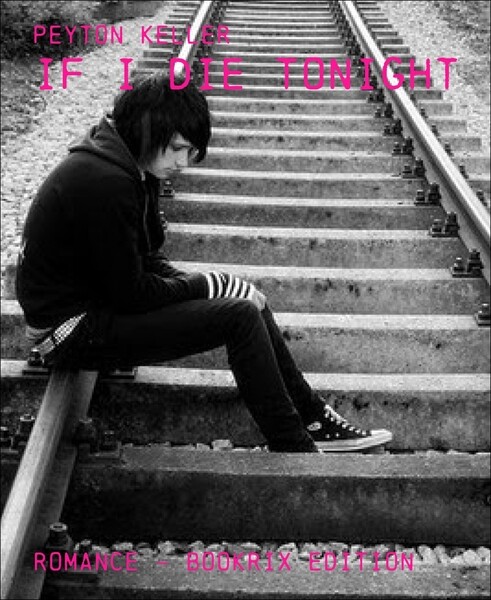 •••
When Sebastian left my mom and I got in a big argument. We were screaming at each other for about an hour or so. I told her she was an obnoxious drunk and she called me a disappointment to the world and told me I should kill myself just like my best friend. My mom said Sammy had the right idea.
I was upstairs. I had taken a nap, so I didn’t check my phone. I rolled over and flipped my phone open. There weren’t any messages. I was sad about that. Maybe he’s busy I thought to myself. I’ll just wait.
Four more hours went by. Still no text. It was starting to get late. So I went to bed.
Chapter 4
I woke up the next morning. I quickly checked my phone. Still no answer.
I walked downstairs. My mom was still passed out on the couch. I had no clue what I was going to do until he texted me. I was looking forward to going out with him tonight.
I went on my facebook for awhile. I had posted pictures of Sebastian and I up yesterday. I looked at all the pictures. I did have feelings for him. Why wouldn’t I. He was nice, sweet, and he stood up for me whenever something or someone disrespected me. I really liked him. I t just wasn’t love.
•••
For the past five hours I sat at home. No text, no call. I was starting to wonder what was going on. Maybe he was mad at me. So I tried texting him. I waited for an answer I had a feeling I wasn’t going to get one.
Three more hours passed. It was already 8:00. I guess our plans weren’t happening. I decided not to get sad or mad at him. Maybe he lost his phone. It happens.
I walked upstairs and lay down. I was listening to music when my phone finally rang! I jumped out of bed and ran over to my dresser. It was Sebastian! I opened my phone and answered.
“Hey Sebastian! I was waiting all day for you to call!” There were a few moments of silence.
Then a faint women’s voice answered. “This is Sebastian’s mother. This is Alexavia right?” The women sounded terrible.
I was shocked that it was his mom. I didn’t meet anyone in his family. “Ugh yea. Hi Mrs. Knight.”
“Please call me Jen. I have something to tell you about Sebastian. I knew who to call because we started talking again a couple of days ago. He told me how special you were. He talked about you a lot.” It sounded like she was starting to cry.
“Ok. What it is?” I asked.
“Well. When I stopped by this morning to come pick him up to spend the day together. I walked up to his bedroom. And well.” She paused. She started crying harder each time. She tried to get herself together. “When I walked in his room I found him dead. He had cut himself. I don’t know if that’s what he intended but he bled to death. I’m sorry. But can you tell me why he would have done this.”
I dropped my phone. I felt nauseous. I was going to be sick. I ran to my bathroom. I threw up. Once, twice and a third time. I started crying. I couldn’t control myself. This wasn’t really happening. Was she joking? Maybe she was. But why would his mother be joking about something like this. I stood up and screamed. I felt as though I was going to have a breakdown. Why would he leave me!
I walked into my bedroom. I was filled with sadness and rage. I practically destroyed everything in my path. In that process I crushed my phone. I hit everything off the shelves. My room was trashed.
“Why Sebastian? How could you do this?!!!” I screamed at the top of my lungs. I was pissed. I sat on my bed. I felt cold and sick. I looked at my arms. They were paler.
I wept. I cried so much that I gave myself a bloody nose. I didn’t care at this point. My throat hurt. I wanted to crawl under the sheets and stay there forever.