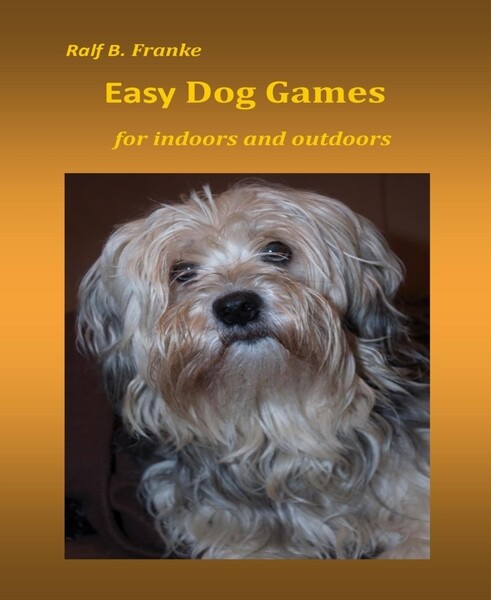 Fun-to-play-games for dogs that like to do more than just take walks.

In this book, you will find ideas and suggestions on how to challenge your dog both physically and mentally.

These games are easy to play, employing simple means for maximum effect. This book offers detailed explanations, illustrated with many images. 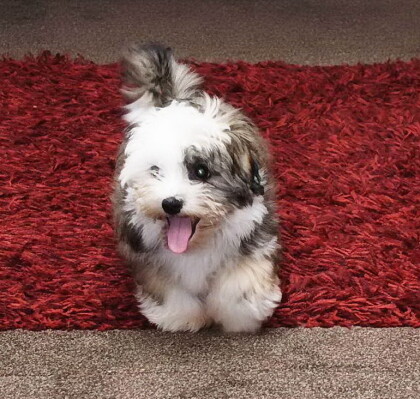 Our first dog was a Tibetan Terrier Lady, which grew up together with our three children. In retrospect, we realised how lucky we have been with this animal, considering the small amount of experience we had about living together with dogs in general, because it was easy to satisfy and didn't demand much attention. Making it short; it was the perfect companion for our family.

After its death, and a short period of intense grief, we decided to look for a new dog! Only two weeks later, a fourteen week old male Löwchen called Sam moved in with us. From the start on, he turned our household upside down. Even after taking him for long walks and playing with other dogs, he needed only an hour of rest before he was up again and fit for new adventures. 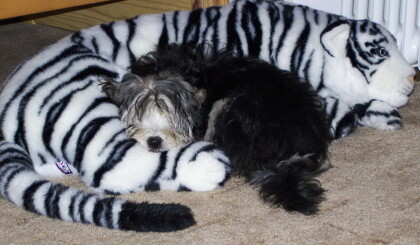 In the beginning we thought that this happened because he is an agile puppy. Considering that he played pretty much with everything he could get his fangs into we were again and again able to tire him out.

After a year, we realised that he was much more clever than our first dog. He was in desperate need of an intellectual input for his and our own equilibrium. The question is, how do you keep a young dog, especially at home, engaged? 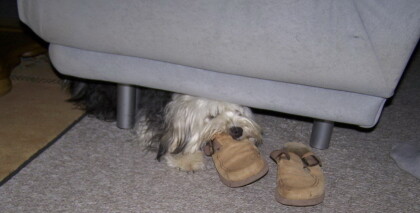 We started out with simple, tricks and simultaneously experimented with our own ideas, from which we soon developed a small programme that kept him busy for up to thirty minutes at a time. Subsequently, he was mostly tired and slept for a few hours. In addition he was overall far more relaxed, more loyal and obedient now towards our family members. Developing these little ‘games’ really has been worth our while, especially in winter or on a rainy day, when we are glad to have such a good alternative to playing outside. 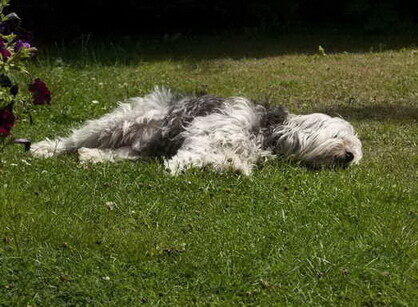 We have limited ourselves to games inside the house, but most of them can also be performed outside.

In the beginning, we would like to present some kinds of games, for which the dog does not have to perform great feats of learning, and is tired out. Such games are immediately applicable and thus provide a significant relief for the dog owner. In contrast, the intellectual stimulating exercises require some practice but provide a reasonable balance to pure movement.

We use pork sausages (Sam mostly likes the ones with garlic) and Gouda cheese and turkey sausages. Since many rewards will be given while playing the games, it is useful to give the dog small pieces. We strictly enforce that those treats are available to the dog only during the games.

However, you have to find out for yourself which kind of treats work best with your dog. Be aware that some dogs are easily pleased with dry food, but other dogs (like Sam) do not recognise it as a treat.

Doggy treats from pet shops are also suitable, but use them wisely only during games, so they remain something special to your dog. 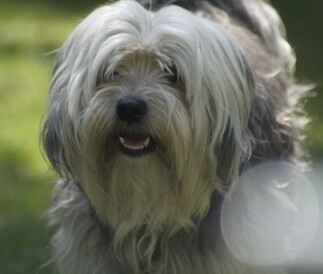 Take an empty Kinder Egg (just the yellow plastic egg) and fill it with a treat right in front of your dog, then throw it. If your dog likes to fetch, you can reward it for bringing the Kinder Egg back to you by opening it, and handing the treat to the dog. Most dogs will probably prefer to open it right away and eat the treat. Therefore, this game is also suitable for those dogs that do not want to retrieve.

We have come to a conclusion, that most dogs open the plastic egg carefully so you may be able to use a single egg more than once.

Tip: To keep the game going, you should use at least two eggs, so that your dog can be on its next chase when the first egg is opened.

This game is suitable playing indoor as well as outdoor. Unfortunately you will have to run nearly as much as your dog if you play outside. 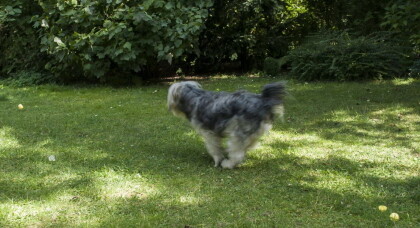 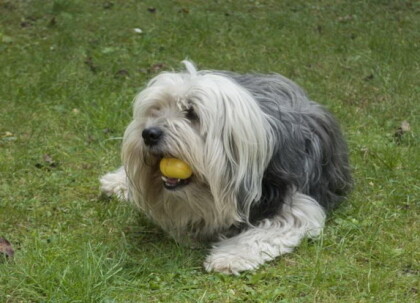 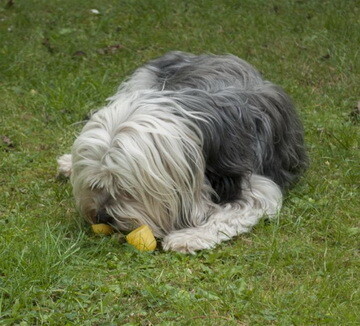 Hide a treat inside the empty cardboard roll, seal both sides with crumpled kitchen towel, then throw the whole thing. 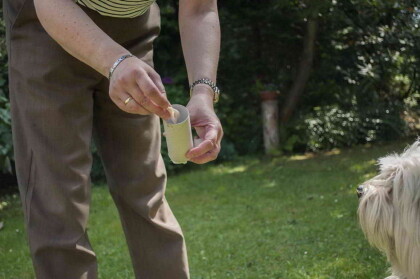 Initially, the dog will require some time to get the reward and will most likely tear the cardboard to pieces. Later when it is more skilled you may be able to use a single roll multiple times.

Same note as before: Use multiple roles to minimize the games interruptions. In addition, put only a single treat in each roll ensuring that the fun will