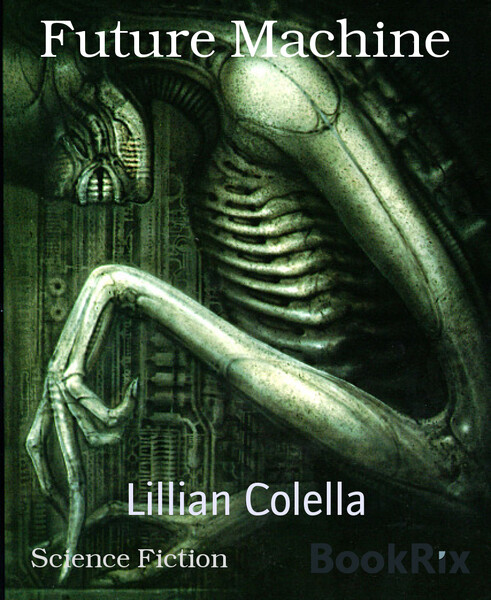 Part 1: Rise of the Human Machine

Part 1: Rise of the Human Machine

Destruction. Chaos. Hatred. This was a time of disorder, in a quiet, cruel war, and the world was falling apart. Neighbor pitted against neighbor became as literal as ever. People had brought the war home, into their own backyards.

I was just a kid when it started. So, I don't really remember what it was like. Not enough to miss it. Some of what I remember about being a kid though, were the curfews, the heavy police presence, and the strict laws. We grew up in an age of Anger and Power.

People grew angry with the laws of man, people grew anxious. The Law fell quickly into disrepair- growing afraid of its citizens. So many people afraid of their brothers and sisters. The power of the civilian outnumbered that of their charlatan lords and gods with their charade of prestige. The hate grew on and on for many years, and soon the world fell into this disrepair as well.

No one follows the Law anymore. We live as an unconventional dysfunctional family, and we all hate each other. With the way things were going, we were all just going to end up killing ourselves in this stupidity.

Medicine had excelled rapidly in the short, desperate times, exceeding common medical knowledge. Ro-Biotics™ came onto the market around 30 years ago, reconstructing the ideas of "modern medicine". The idea of "organic robots" flew quickly to the ears of the murmuring crowds. Rumors, lies, slander, and fear trickled through the city streets like a traveling freak-show.

The Organic Robotics Corp™ was revolutionizing the art of science by creating a mechanism to replace human bone structures, which could fuse to the body in the same way as real human bones. Veins, tendons, and muscle would be able to wrap around the metallic frames, and around the joints and hinges naturally. Movement was smooth, and easily manipulated by the muscle commands from the brain. Nothing felt unnatural. Well, besides the lack of physical pain... and pleasure in some cases.

In the beginning of things, the ideas were still rough around the edges... but in the beginning, aren't things always a little shaky?

Anyway, the ones who were able to afford this interesting procedure soon found out that they paid off their debt in more than just money for these automaton parts.

The surgery was rough and extremely meticulous. Hours of soldering gears, and wires. Hours of sewing tendons and ligaments and other body parts back together. No mistakes could be made. Ever. This was something huge and if it were killing people, the idea might die, then no one would get rich.

The answer was in robots, ironically. Machines changing man into machines. A strange circle of life. These surgeon robots were equipped with tiny, microscopic lasers and cameras. They could insert one of their many appendages deep inside, and fiddle around with things without ever messing a single thing up. Well, for the most part. I mean, shit happens. People aren't perfect, and the occasional surgeon machine would malfunction. Sometimes slightly, and sometimes horribly. They'd cause problems like an accidental miswiring, and the person's robotic arm might have a twitching pinky. Or there would be a bad malfunction, and the host could lose all control of their prosthetic limbs, and they could go running around looking like someone with terrible Tourette’s.

Once the idea of transplanting organic mechanic bones was perfected, they came up with the idea of transplanting cerebral fluid into a robotic human form and simulating brain functions with a soft mechanical brain. This "brain" can shoot electric waves like a human brain, enabling you to control the new host body. Humans soon became a new parasite, or a virus. Way to go us.

So, the world was afraid, this was a new technology that the normal person had a hard time understanding, they were very afraid. Religious followers had the hardest time with it. How could you go to heaven if you couldn't die? All of the religious fanatics now had something to agree on.

The human world was coming to an end of sorts, and this was a new beginning. Religious and political alike had their own views, and thus a fight. Science and God... More like science became god, and the ethereal would dissipate. If no one believes, then there is nothing to believe in, thus it is forgotten. The cause of the human race soon became a lost thought and transformed into the idea of how to make us better, or live longer. The idea of God, and his Jesus were so old at this point it was more like a folk tale than a book to live by. Parables, and Psalms, little children's fairytales. Mother Goose might as well have written the bible.

Politics naturally got involved, that is the way of things, of people. Nosey folk. The "Republicans" and those "Democrats", the two major parties that run the world. We call em "Repos" and "Demos".

The Demos were all for the change in the human race. People can be easily controlled as long as the government can have access to them, if all it takes is hacking when they connect up.

The Repos were against it. It was the new abortion. Or that's one of the ways they put it. We were "aborting ourselves". Granted, most of the Repos were made up of religious nuts. Loonies.

They eventually turned against one another. Everyone was so absorbed in it that they all picked sides. Everything was right, and everything was wrong. Such a twisted world. All acting like children. Everyone was so fucking busy fighting that no one had time to notice the piles of human carcasses getting bigger and bigger every day.

I am 26 years old and I already have prosthetic bones throughout 65% of my body. I don’t have a real heart, a real liver, kidneys or real lungs. Surprise, Surprise. I was born with a hole in my heart. I came me down with asthma at age 5. My kidneys failed when I was thirteen. When I was eighteen I had contracted a degenerative bone disorder that literally ate my bones from the inside out, a disease that painfully started in my hands and feet, and worked its way inward. Luckily the doctors caught up to it before it caught up with me. The medical world help save the life of a baby that would have died if it were born ten years earlier.

I had been dealt a very bad hand.

Now, "equality" means that there is no natural selection anymore. There is a 100% survival rate among all human babies now, although not all babies need new parts from the get-go. Some babies are born healthy. We call those the “real babies” because babies born like me become fake from day one.

There is no cure for things anymore, only a replacement plan. The government controls and pays for all medicine in the nation. We basically depend on our government to survive. At least  know I do.

So, when you've been altered, like I have, you are no longer susceptible to everyday threats, like, oh I don't know, cops. We have become a threat to the way world might run, seeing as how a person with an "iron framework" might be able to outrun or physically harm an officer. They saw people like me as a threat, as a problem. I just want to be happy. I don't want to hurt anyone. Yet, the fact that all the people in charge were the kind of people who don't want to leave us alone, that not only want to hurt us, but eradicate us from the face of the Earth.