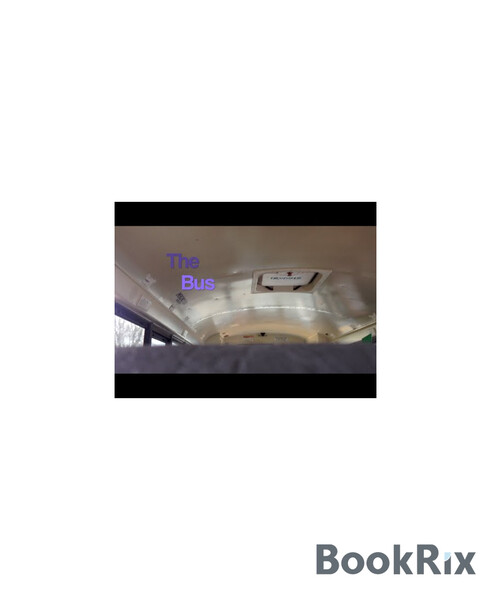 Xander has been on this bus since 1st Grade, but it was always loud he had a few friends that were on the bus and had nothing to do. This Bus had all kinds of people doing crazy things. People were throwing things, Jumping in the bus, running, dancing, yelling, and so much more. For almost all of those years before Joseph came he had no friends and he was alone most of the time, but he was fine with it. Then hsi new friend Joseph came and changed everything on the bus.

Xander was their for years this one kid wasn’t his name was Joseph. He had just moved to Indiana from a state called Georgia. He use to be one of those kids who would have fun but ever since he was new. Nathan sat by Joseph because he thought that Joseph looked lonely. Nathan was one of Xander’s friends. Xander always sat by Nathan as he was his best friend at the time.

One time Xander chose to sit by Nathan who was sitting by Joseph. “Hi, Nathan and what is your name?” said Xander. Joseph replied, “I am Joseph I have been sitting by Nathan recently.” At that time Joseph was a very shy kid, he didn’t know almost anyone at this new school. “Yeah, um this is Xander,” Nathan said. “Hi, Xander,” said Joseph. “Hi” replied Xander.

After a while Xander and Joseph became better and friends, they knew each other better. Nathan, Joseph, and Xander were all in 4th Grade at the time so they weren’t stuck to just seeing each other at the bus, but they could hang out at recess. So they always did.

At this time Xander was on his old youtube channel: The Wrangler Gaming. So he had all kinds of different videos on their then he does on Twainzie. At Xander’s school they could record with their phones on the bus so Xander, Nathan, and Joseph always did that. They would make funny videos and weird videos all the time. Actually, when Xander made Twainzie he found an old video with all of them and he posted it (Fun Fact: A few months after posting that video Xander and Joseph made a show called The Bus).

So when Xander had The Wrangler Gaming and they were still hanging out but it was getting close to the end of school. They were worried that they wouldn’t be able to hang out after school ended. After a week, it was time. It was the last day of school. At Recess they all talked about random things like youtube and who liked who. Then Joseph went to go do something so Xander and Nathan went and hung out, sadly this was the last time they would. They talked about random things, most likely who liked who. Then Joseph came back and it was time to go to class. Now at the end of the day they gave each other their phones numbers so that they could hang out. Xander had to give them his mom’s since he at the time didn’t have his own phone. Xander was a car rider so he didn’t get to see Joseph and Nathan on the bus.

When he got home he texted Nathan. He waited a few when he would have got home from the bus. No answer so he texted Joseph, Joseph texted almost exacted when he did and Joseph was the last one off. Then Xander thought to himself “What Happened to Nathan?” The next day still no text back from nathan. Well he was still texting Joseph at least. About a week later Xander got his own phone number (***) ***-**** he was so happy he told Joseph and Nathan. Joseph got the text and texted Xander’s number, but Nathan, still no answer.

For the rest of the summer every now and then he went to Joseph’s place, but Nathan never texted back.

It was the first day of school, Xander got on the bus and saw Joseph. Xander was happy to see Joseph, but Nathan wasn’t there. They both thought, well maybe Nathan is sick so he couldn’t make it. Joseph and Xander talked the entire bus ride. It wasn’t only different that Nathan wasn’t there, but Joseph got held back in 4th Grade. Xander had to go back to where he was in 3rd, and he wasn’t in a good place then.

After a week of school Nathan hadn’t came to school, so Joseph and Xander didn’t know what in the world happened. They both never got into contact with him on the phone through text and call. So they thought that he may have moved and had not on purpose but did give us the wrong phone number or something.They both had never heard back from Nathan.

Most likely you have heard of the show the bus, now that we have gone over how Joseph and Xander had meet now it is time for The Bus. Xander had an idea, his idea was for him and Joseph to act like they weren’t recording and for them to record a new tv show.

They had the idea and Joseph liked it, although they didn’t do such a great first episode. They both weren’t use to being recorded. With this they couldn’t record a good scene.

The next episode of the bus Ricky had joined the assigned seat, Joseph and Ricky didn’t get along. They would yell at each other say inappropriate things to each other. At that point they were given a new assign seat the next day.

A good part of this was that Xander didn’t have to move so Joseph and Xander sat be each other still.

Episode 4 of the first season Xander had ran out of ideas for the time. At that point Xander did an awesome episode where he in the show had an idea of having his character’s tooth hurting. So in this episode Xander had to act like he couldn’t talk correctly. If you pay close attention to the show, you can see that Xander takes his hand off of his mouth and talks normal for a few.

The next season of the bus was fun, because Noah had just got back to coming to his assigned seat, it was a perfect time since Season 2 was then coming. So when Noah came back, Joseph and Noah fought in that little way like how they do on the show in real life. On the show they acted the same as they do in real life with the camera there.

Then Season 3 came, yes Season 2 was only 2 episodes. Well the reason we had to start season 3 right then is because something big happened at the end of the show. None of us knew it was coming until it happened, since it was unscripted. So they had their normal and weird day like every episode of the bus, until the last part. In the last part of that first episode of season 3 Joseph said that he was getting married into some girl.

In Episode 2 Season 3 Xander thought it was crazy that Joseph was getting married so young on the show. Before the episode started Xander asked him why he is making this happen on the show. Joseph just said that it would make the show interesting. So since Xander thought it was crazy Joseph making this happened on the show Xander chose to make his character be thinking that it is crazy. So Xander kept saying that Joseph is getting married on the episode.

Joseph also kept saying that Laken wasn’t invited for some odd reason, we don’t know why. Anyways on Episode 3 Joseph invites Xander for a little party right after his wedding. That is the reason on the show that they are at Joseph’s house.

Season 4 is the worst part of the show, since it is when Xander was really moving to Georgia in real life so they had to end the show. Now on the show it said that they all were moving states away and never were going to see each other again. It is a sad way to end the show, but it is the only way they could end the show. They had no choice but to end the show.

Before Season 4 it was a long time since another Bus episode had came out. Now this was because they had forgot for a few and then they got out of the habit of making the show.

So Joseph and Xander thought after a few months of no The Bus Episodes it was a bad way to end the show. They brought back the show with only 2 days left of school to record the bus with. With only 2 days left they had to finish the show in that short of a time. That meant only 2 episodes of the bus left. They had to come up with a smart way to end it. So since Xander was moving away they had in the show all the characters move away.

Now on the last episode, they had to make it short since they had to say goodbye for good. Xander was moving away to Georgia and would never see him again.

The next year of school Xander was gone, but guess who was back! NATHAN! Yes, so now Joseph and Nathan are hanging out, but Xander is in Georgia and now has made new great friends!

After a few months of being in Georgia and Xander got to go back to Indiana for a weekend. He got to see Joseph and Nathan one more time. Then Xander went back to Georgia.

So, now at then end Xander lives in Georgia, Joseph and Nathan live in Indiana. They just have memories of the good old days when they would hangout. Now they are away and have moved on from that moment. Xander is happy in Georgia with his new friends. Joseph and Nathan hangout and have friends. They were best friends and now don’t hang out all together,they have their own lives and all have these memories.