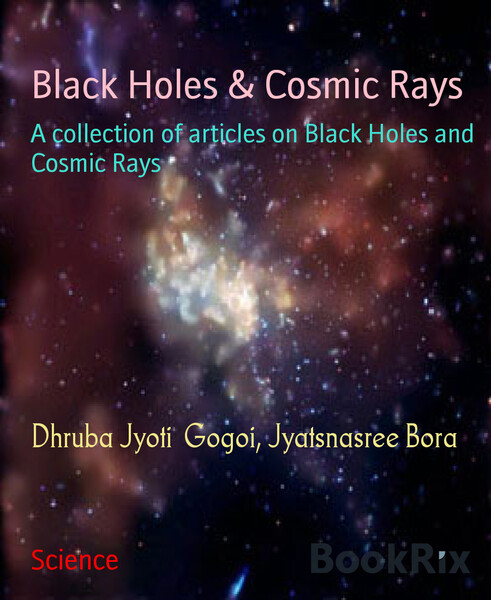 In this book, we have included three articles written by us which are mainly in Physics. The first article contains introductory information about Muon, a particle which is generated in cosmic ray shower and available on the ground level. The second article is based on the Black Hole. In this article, we have given a very basic introduction of Black Holes including its types. The third article is a general science article in which you will get to know whether the theoretical physics is converging to an end or not. Hope you will like these articles.

THE FAT COUSIN OF ELECTRON: MUON

At every moment, at every corner of Earth is hit by a bundle of high energetic (mostly) charged particle at the rate of 1000 per square meter per second.These charged particles are nothing but the cosmic ray (CR) particles. The cosmic rays i.e., the radiation from the heaven is a very interesting, important and well-known phenomena. These are radiation from the outer galactic sources with higher energies. They are composed of ionized nuclei, about 90%proton, 9% alpha particles and rest heavier nuclei. This heaven’s rain was first discovered on August 7, 1912, when Victor Hess performed the balloon experiment. After the discovery of radiation, it was noticed that air was ionized at a relatively higher rate. To study the ionization Victor Hess in Austria and Kohlhors in Germany made some measurements using a balloon to altitudes of 5km and found interestingly that ionization increases with increase in height. This reveals that there must be some high energetic radiation was coming to the atmosphere from the above. This observation led to the discovery of cosmic rays. After its discovery, scientists were trying to find its constituents by nuclear emulsion technique. In which charged particles present in cosmic ray leave some track. In addition to the view, such tracks cosmic ray physicists tried to count the charged particles and the first successful device was Geiger Muller counter. Such devices give pulses when charged particle passes through them and made particle detection much easier. The major part of the cosmic ray (CR) i.e., the primary protons when strikes with the atmospheric nuclei such as nitrogen or oxygen forms charged and neutral showers of particles such as pions. The important decay product of these pions is our major topic of interest in this article. These particles are nothing but the fat cousin of electron- the ‘muons’.

Cosmic ray air shower distributed many kilometres in the atmosphere is

Widmung:
This book is dedicated to our Parents