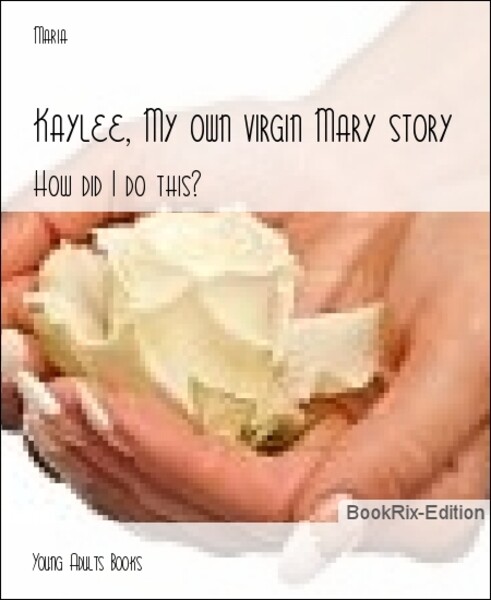 My mother once told me, “to love an innocent is but to love death itself”. For love is death in disguise, no one person has a choice, but to die at one point in their existence. Even if you are a vampire and have lived so long, one point you will find the one who makes your never ending life worth something and then you will have no choice. Nothing compares to loving a child. Even if you are not the father and you have spent time with the child for months thinking you were, You will soon realize that the child's hands are holding your heart delicately.
You may wonder what my mom's little phrase has to do with what I am going to tell you, well you know you are probably wondering what I am even going to tell you. Alright this happens to start in 1995, that is the day of my birth, you might wonder you know what's my birth have to do with anything? Well my mom was trying to scrap up some money for my older brothers, Christian and Nathaniel, who were six and four at the time, anyways she took this experimental medication which wasn't compatible with a fetus, but she didn't know she was even pregnant. She takes the pill and then four months into her pregnancy she realizes she has a baby on board. She stops taking the meds and I guess I was just one month premature. I was normal and fine, but we didn't know the medications had a little while, like 16 years, to take affect on me.
So that's that, now first off let me say she had a fourth and fifth child, my baby twin brothers, Joey and Mark, anyway after that my mother managed to tell my father that I may or may not be his. She cheated on my father with someone else. On top of that she still was and Joey and Mark may not be his either. So he took off, he had my brother's visit often, but I stayed home. He never was the same.
So fifteen years later, I am now in high school and everything’s okay I guess, but then again no one person often likes high school.

“Hey, hey! Kaylee...oh come on, alright, I get it your mad about last Friday.”
“No, of course not Derrick, why would I be mad about you making me look like a huge idiot in front of the whole school?”
“Alright, Kay, I already told you I am sorry.” Sure he was sorry, I mean he laughed like the rest of them, and that was his fault. He told me everyone was going to wear their goofiest pajamas to an assembly and walk in through the back doors ten to twenty minutes after the assembly was supposed to start, to make an 'impact' on the teachers. Of course my best friend lied and the whole school was NOT in their pajamas, NOT late to the assembly, and NOT even in their GOOFIEST clothes. So not only was I in trouble with the teachers and principal for being late to an assembly, I was a laughing stock for everyone in the school for wearing the goofiest pajamas to school. He hadn't paid enough to make up for it.
“No you are not sorry, you laughed with them, you lied to me, you are just plain pathetic.” I snapped. Why would he do this to me? What had I done to deserve this?
“Kaylee, please listen to me. I know I messed up, I did this for you, believe it or not. Vincent Crowley said you were too uptight and perfect for his taste, so I proved to him you weren't perfect or uptight. He said you were original and he said he is going to ask you out in lunch, forgive me now?”
“Well, IF he asks me out, and IF that's true, then I will see.” Vincent Crowley is a really cute and really popular. If he asks me out I am going to forgive Derrick for this and maybe even let him drive my car around. No, humiliation was enough. Anyways this isn't about Derrick or Vincent. This is about when I am sixteen so here it goes.

My first day of the most horrible and most beautiful occurrence. And wouldn't you know, it happens on a beautiful Friday, I have school. Anyway, here we go.

“Kaylee. I have had the honor of learning about a certain....fight, I guess you could call it. I would like to know what Mr. Taylor Presscot and you were arguing about.”
“Well, Mrs. Birch, as you know Taylor and I have a previous 'fight' in the records. He is just against my opinion on adoption. It was just a great misunderstanding. I am sure that, although it is not your business unless we used vulgar language and/or physical violence, we will patch things up eventually when I have children which, although none of your business again, will be at a point far later in my life. Goodbye, Mrs. Birch.” Okay so not the exactly smartest idea in my books, but it was a lot easier to keep her off my back in the future. I do know that the fight with Taylor Presscot was one that I WAS trying to patch up. I told him my opinion on the matter was a valid one, but that it wasn't something that we should base our hatred for each other on. I told him that I would like to discuss this over dinner and that we should try to find something important to place our hearts on. I didn't mean it like it sounded, I just meant that we had only one thing in difference, and that was where babies should go after birth. I thought I was saying we should try to find what we had in common. He freaked out.
“Important? What babies aren't important enough for you?”
“No, no.”
“Oh, well great, they aren't, glad we didn't need to go to a stupid dinner to find that out.” and he stormed off, I meant no as in he took it the wrong way. So there's the hatred between me and Taylor. Now, a week later I started getting sick, but it would pass. Just in case, I stayed out of school. Soon my belly grew. I couldn't stay out of school, but I didn't know I was pregnant. I had never been with a man! Anyway rumors spread around that I had a bun in the oven, and that I was a slut. Of course who could blame them? I felt terrible. Munchies, morning sickness, and I decided after school that Friday I would grab myself a pregnancy test. With Thursday around the bend, I ran home, but how could I tell my mom who just witnessed my brothers going off to fight in the war, that I may or may not be pregnant and it was her fault? So I didn't, I wasn't pregnant, how could I be? Thursday couldn't have gone slower if suddenly father time (no wonder he always appeared old, old people are normally slow.) died. When I got home my mom was worried, why wouldn't she be? Well fine enough after school I ran around the block and paid some girl fifty bucks to go get me a pregnancy test while I stood outside and freaked out. When she came out with the box, I thanked her, told her to keep the change and gave her an extra twenty. I ran around the block to Derrick's house and ran straight to his bathroom, and yet again I was pretty sure father time died, but when the little machine, I guess you could call it, came up with that little plus sign, I was pretty sure he was absolutely alive and kicking to get me home with my mom.

Widmung:
I dedicate this to my mom. She never knew about it, but secretly she gave me the inspiration.