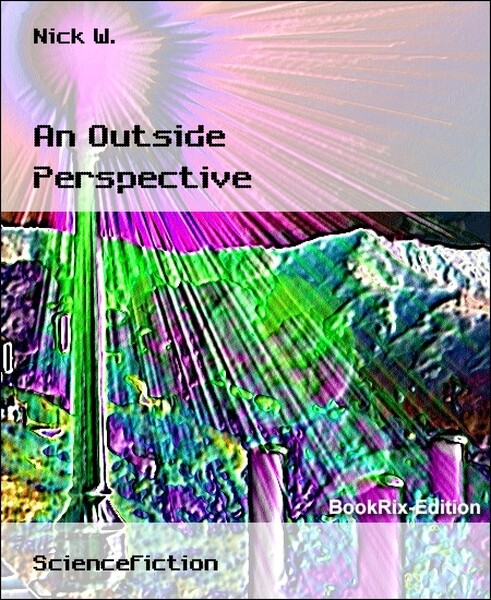 are these strange creatures? How have they not only survived, but thrived in their natural environment? How did they become the dominant species of their world?

I mean, look at them. They think themselves so important, yet most of them are unaware of how insignificant they are in the grand scheme of things. And look at their method of locomotion. They almost have it right for the first few years of their life, then suddenly they change to an awkward gait. Each step they take requires them to practically fall over before catching themselves, it’s absurd.

And their senses, each one is ridiculously mediocre. They’ve had to form a kind of symbiotic relationship to some of the so-called ‘lesser’ species on their world in order to make up for this deficiency. Even creatures that are a few steps back from them in their evolutionary line are superior to them in this respect.

And they’re so damnably dependant on each other. On their own, they’d struggle to survive. Only a few can catch prey, or recognise plants that can be eaten. A few of them have the knowledge to herd lesser creatures together for other members of their species to eat, or raise large groups of plants than can be consumed, but the rest wouldn’t know where to start with something like this.

They’re so destructive too. Their planet has suffered so much damage because of them. Entire species wiped out, areas of the world rendered uninhabitable. They even slaughter each other, and not even for sensible reasons like removing the weak from the herd, or for food. It’s almost like a sport to them.

Despite all this, they’re so utterly defenceless. Their claws are fragile and useless, their teeth are barely capable of dealing with soft meats and plants, and their digestive system certainly cannot cope with half of the things they consume. They consider themselves the alpha predator, yet one of them against what they think to be the secondary predator would result in the messy demise of the awkward creatures.

And then there are the tools they use. Awkward and clumsy for the most part, and most of them do far more harm than good, especially to their world, and each other. They’re reliant on these too, without these trinkets; many millions of them would die within days, unable to cope without their precious little toys. Again, only a fraction knows how to make each of these tools, some requiring years of learning before they can fabricate even the most basic of devices.

Communication is a problem too. They have hundreds of different vocal patterns, and while some can learn to understand more than one set of these patterns, the vast majority can only speak in one, and assume using a louder version will make themselves understood.

Honestly, how has a species so fundamentally flawed become so powerful on the world they live on. They are smart, to a degree, enough to out-think most of the other races on their world, but this alone could not possibly have elevated them to the collective strength they’ve attained on their world.

Even the name they’ve given themselves is stupid, though it seems to be one of the few things they actually agree on. What was it again? Ah yes, Homo Sapiens… Humans.”