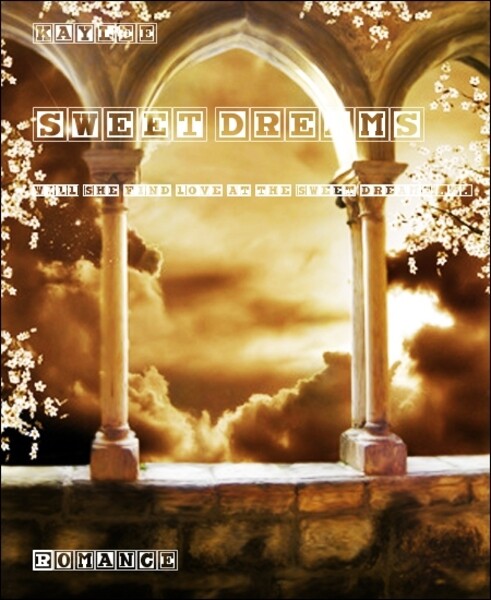 "Im in the limo right now adrian!" I told my best friend who,was basically, getting on my nerves. Not that i wasnt already flustered. I mean why did i hav to go to the stupid ball? why oh why me? All I have ever wanted was to NOT go to the ball. But you probably dont understand why so im gonna tell you whats going on.


..............LOVE....................................I woke up suddenly relizing with a sudden jolt that i mustve fell asleep in the limo. I looked out the tinted windows and relized somthing for the second time. I was going to have to go to the sweet dreams ball. I knew that before but it felt like i was in a dream except it was a horrible nightmare dream that i could not shake from my mind. While I was looking out the window the limo driver told me that we where almost at the palace I shuttered I hated the thought of staying in the same palace with the boy I despise and a hundred or so girls hanging all over him. He is arrogant and you can see it in his eyes when you look hard enough you could tell that hes just a spoiled rich kid that doesnt give a damn about anyone or anything and I absolutley disliked him for it. My parents always told me not to hate that it is of the devil. And i always try not to but with all those stupid arrogant rude people in this world how could you not? I sighed as we pulled up in front of the palace the nice limo man helped me with my bags and as i was thanking him i saw his face he was not very old at all he was actually my age also, he looked miserable. He smiled but i could see the saddness and homesickness in his eyes. ater I saw that i wanted to bash prince nathans' pretty face in my blood was so boiling. I clenched and unclenched my fists untill the limo driver (who I later found out his name was Rick)cleared his throat. I looked up, "oh! um sorry" I gave an apoligetic smile. "Thats okay it happenes all the time". He smiled. I couldent help noticing how nice his smile was with his chocolate brown eyes and light brown hair. I smiled back.
"Well better get your luggage into your new room you have a big day tomorrow with meeting the prince and all". I laughed like i would give a- He looked at me questionly. "I dont really like the prince that much". I confessed. "Oh good!" I thought I liked you!" I blushed. then we turned and walked into the palace. Inside awaiting a room, roomate, and a ball with the man I really dislike.
When we got inside the palace I gasped. it was exquisite it had a gold diamond and crystal chandaleir hanging from the ceiling and smooth gold marble floors. I could see that already the other girls were arriving and I couldn help but wonder which prince crazed girl was I going to have to be stuck with for the rest of this three weeks. we turned down the hall through the twisting and turning gold hallways and went inside my room, for the second time I gasped it was prettier than in the room we just walked into earlier!! it had dark purple velvet plush carpets and a gold trimmed light voilet walls. I went over to one of the beds, wich was a nice light violet color. Thew other bed was a kinda golden color with purple pillows and sheets. The bed was really soft but I know not to get used to it, cause Im gonna do everything I can to NOT get picked. I stood up and went over to the closets that were in the room. For the third time I gasped, they were walk in closets and they had shoes and heels and jewlrey and dresses galore. All of a sudden I heard a voice and a perky red head smiled at me. "Hi!" she said. "Uh hi" I smiled half heartedly. "Hey um look if you think ill be in your way or anything you dont have to worry I wont be planning on it" I said. Her eyes widened in shock. "Um no! not at all actually I was thinking of telling you that" she said. "Oh really? thats great! I"- "but now I dont have to tell you that then backstab you since you already dont like him any way" she said cutting me off from what I was about to say.

Widmung:
i dedicate this 2 all who read it. lso 2 my best friend whos name is tylin wich gave me an idea for the characters name hope u enjoy