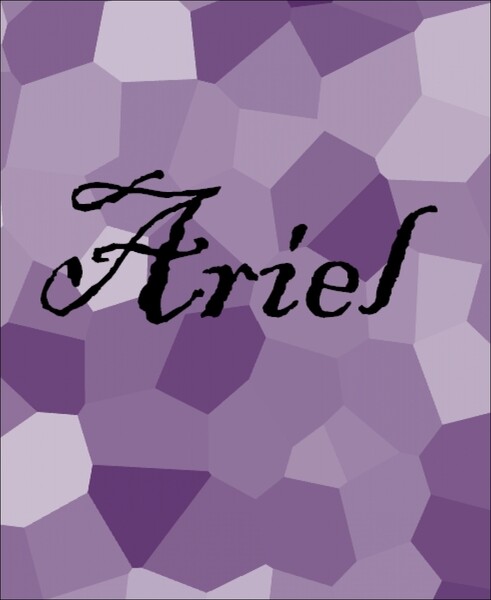 I healed very quickly, the doctors were amazed. I healed from a bullet wound to the rib cage, with 3 broken ribs in A matter of hours. Scar face still let me have time to recover and I spent all of it with Naomi. I think of that day still, when she called me her mate. That was the day were she choose to be with me forever, and I agreed. I was so happy, I still am. We're happy together, even when doing missions. Our current mission is sneaking onto a small island into a mansion to kill a terrorist. We took off our scuba gear, and changed into our black uniforms that had to tags to indicate who we were, or where we were from. Only our dog tags stating I was number seven: Ariel and number six: Naomi. We knocked at the door and an older butler answered.
"Ye-! Oh my, you've got ears and tails! Head master is going to want to see this." As he turned to get the man I pulled out my python and shot him square in the back of the head.
"Poor man." Said Naomi. I ignored her walking inside looking for the man as if after all the training, it put me in a trance. I walked along serious, killing anyone who saw us. Naomi started getting worried and taped my shoulder, I twisted around, and grabbed her arm pulling it to words her back to it's breaking point.
"Ari, hun, your going to break my arm!" She cried. When I realized what I was doing I let go and hugged her.
"I'm so sorry, I'm so sorry." I repeated.
"It's okay, I'm fine now." She pet my head. Then as if that never happened I felt myself go serious again, and I continued on our mission. We got to the master bedroom and Naomi pulled her M16 from her back. She looked in my eyes and signaled she was ready, I got my AUG and kicked down the door, we opened fire killing the terrorist and his many women slaves.
"Let's go." Said Naomi sadly. I left without a care, why don't I feel sorrow for this? Like my sweet Naomi does? I'll talk to scar face sometime. We were heading to the lab when we were caught in this huge net. Men with white towels wrapped around their heads leashed us. They dragged us to a tree with a roped tied to it, I felt memories coming on as I stared at it. I saw Naomi in a kimono, she was so beautiful, but she didn't have her tail or ears. I saw myself the same, like her and I was running to her. Then a man grabbed me, by putting the rope around my neck, and dragged me to a tree. This man...was... Hiyama! He was jealous because his wife fell in love with me! I remember! He dragged me up the tree and Naomi...no Marico was crying, and he...made me...jump from the branch I was tied to. I looked at Naomi and it seemed she remembered to.
"Hiyama stop this!" She yelled." Then man that was holding me by the neck took the towel off showing his face. It was hiyama.
"After I was reborn I saw your picture in a museum in seventh grade. I wanted you back and I'll kill her again if I have to Marico."
"I'm not Marico anymore, I'm Naomi, and leave Ariel alone!" He smiled while tears rolled down his face and I felt his pain. The pain when your beloved Naomi yells at you. He cried and pulled a pistol out.
"Fine if I can't have you...no one can."
"No!" I streaked, but he shot her in the chest and she fell back, then then let me go. I went running to her. Crying I held her in my arms.
"Baby, Naomi, stay with me. I'll help you."
"I can't...see your face anymore. Your beautiful face." She cried with me. She coughed up blood and started coughing.
"Listen, when I'm born again. Come find me, and we can be together again." She started fading out.
"No, Naomi please!" I cried.
"I love you, my sweet Ariel." I felt her stop breathing and I sobbed holding her head to mine. Cried for hours when her body went cold. We scar face found me, I was skin and bones living in the tree above were Naomi's rotting body was. They said I was beyond repair, traumatized, I hated everyone. Until one day I was walking in the woods, remembering her sweet face. I could swear I could hear her soft, kind voice.
When I looked behind me a girl my age stood there. Her hair red, but her eyes and face were that of Naomi's.
"I'm lost can you help me? ...Ariel?" I looked like she was thinking, remembering and she cried.
"My...Ariel..." She ran up and hugged me. I cried and stroked her head feeling no ears, she was human. I didn't care because I was once human to. Scar face let me go, seeing I was happy being with her. We live together in a small town were no one cares if I have ears and a tail like a wolf's. We're just all happy together.

Finally...I'm happy, With my Mate.