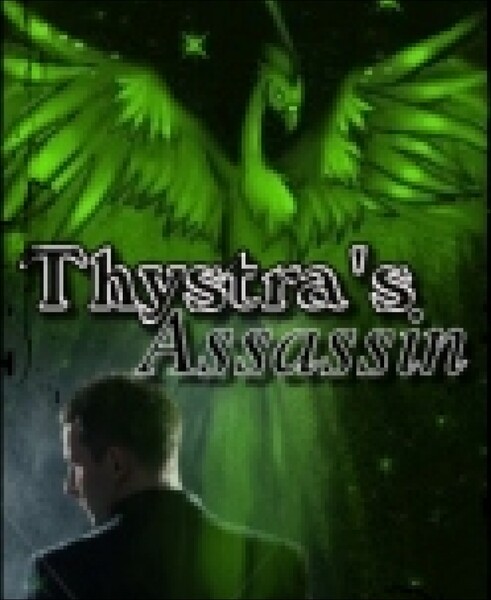 Locke had never been fond of sitting and letting helicopters or planes fly for him. He had much rather fly himself but that would expose his true identity. He wasn't born human at all, he isn't human. He is a phoenix, an earth phoenix to be exact.

Looking down towards the ground, he was Thystra, his world, his land, his home well what is left of it.

Blinking his eyes rapidly from his short trance, he looked into the eyes of his friend, partner, and brother.

"Yes? Lark?" Hassan asked taking a sip of the whine they bought during their last trip.

Lark studied his friend for a bit and chuckled. "You're begining to act like that man. Now who was he again?"

"I am nothing like him or that other man. We are all diffrent." Locke stated before Lark could finish his statement.

Another chuckle reigned over. "I know I know," He said then frowned at his partner's look. "Cheer up Hassan, we're going home."

"Home, but not welcomed." Hassan said, his tone now dark and emotionless.

For as long as he remembered, he had no parents or siblings. When he was only a young boy, there was no mother to sooth him when hurt, no siblings to play or fight with, and no father to look up to and be like. Locke, for as long as he can remember was alone and has beenfor many years until The Black Scorpions foundhim, that was when he met Lark/Skylark.

"You surespace out a lot." Lark said, sitting down before the place landed.

Hassan shurgged his shoulders and claimed it was a habit. At the same time they hooked the belt around their waist and waited for the plane to land.

Once the plane had landed, Locke and Skylark undid their belt and headed out, ignoring their luggage which was waiting.

"Ah, Locke, Skylark, pleasure to see you both again," Sethus greeted the two. "I can see you two had quite the flight."

"Don't you think about it." Locke said with an annoying sigh.

Lark held both hands up in front of himself in a mock defense as the limo came by just in time to pick them up.

"About time." He said placing his hands down to his sides while the driver came out of his side of the limo and went around the black vechle to gather up their luggage for their trip back home.

Hassan looked at his partner with a mock surprise and horror. "What is this I see? Skylark is tired?!"

A slight smirk formed cross his cheekbones. Taking the challenge, Skylark held his hands up again in a surrender mode and Hassan did the same as well.

"You're not going to win." He said, his tone teasing him.

After the driver loaded the luggage into the limo, he made his way around the black vechle to open the door for the two assassins before heading back to the driver's side to take off.

The two assassins kept thier hands up high but were now shaking numblessly. Sweat started to form on thier brow for they both had been in this position for nearly two hours but this was nothing to them. Nothing at all.

"Say, until we get back? You know, about five mintues there?" Lark asked seeing and experiencing how his partner was doing.

A very low chuckle escaped from the blonde haired assassin's lips. "I say, that is about fair. Loser?"

"Feeds the Levithian. For one week."

The Levithians were amongst the rarest, royalist creatures in Thystra for they only come once every hundred years. This is their lucky year, this is the year Levithians come and dwell amongst the Thystrans. They were both helpful and dangerous, angered easily if not cared properly aslo approaching the magnificant creature, one must show he is no harm and with curtisy.

Locke bit his bottom lips a bit until his tongue tasted blood then he nodded his head virgurously.

"And winner?" Hassan asked waiting for his partner to think of a good and worthy award.

"Hm. How about winner, doesn't have to do any house work for...one week." Skylark said, feeling proud.

"Sounds good, but you are still losing."Hassan said shaking his head.

They were just about five minutes towards thier destination when Hassan decided he has had enough. He quickly lowered his arms down, surrendering the challenge which then signals a large smug on Lark's face.

"I win!" He shouted out, throwing two rockfists in the air, all in the while hitting the roof of thelimo hardand popping his muscles at the same time. "Ow!"

Lark lowered his arms down tomassaged them. They were both bright red from the hit. "I got defeated...Nothing could defeat me...But a limo can?! Seriously?!"

A snicker escaped from the young assassin as he leaned back and enjoyed the last few minutes of the ride. Lark sent his partner a cold but mock glare towards him in return, hecrossed his leg over the other and placed his chinon the window still and veiwed theworld.

They were on their way to a council which consist of Locke, Skylark, Levitacus, Daltus, and two new memebers, Zarina and Zendaya. This was a secretive council, the Council of the Phoenixes.

Daltus paced around the room both impatient and worried. Daltus was their leader since he knows about Dagrun more than anyone plus he was hte Pheonix of light which was the same yet oppisite of Dagrun's the Pheonix of Hell.

Dagrun was known to many as Hell while Daltus was known as Angel.