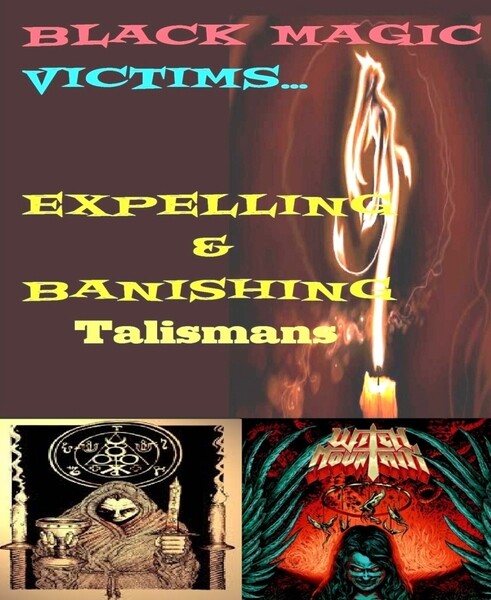 The reality of (Aversive, Hostile) or in major term called “Black Magic”.

Fundamentals that comprises the practice of black illusion, its historical reports and loads in modern time.

Origins, roots, foremost use and put into practice by whom? What circumstances, practitioners (Witches) considered deemed appropriate for the function of black magic by different ancient’s tribes.

Dissimilar characters of sinister magic. In gain, how to distinguish between dark rituals, customs and black magic performed in different traditions throughout the Earth…

What cultures, religious feelings, social clubs, nations and peoples utilize and exploit different kinds of dark magic in their lifetimes?

Influence and potential of black magic on different cultures and customs?

Popularity of black magic around the Earth.

Why people indulge in the practice of black magic beside its known and emergent negative effects?

Inception and conception of occult lore… Its force, root and behavior from the history to obtain occult amp…

What are the requisite necessities for the expelling, banishing of black magic blow and caress.

These are astonishing and startling issues in innocent people’s minds and I tasted my best in this volume to expose and synthesized in factual terms the black magic with exclusive talismans for self-possession to make sound treatment for releasing and banishing of victims from the magnetism of black magic.

Black Magic, in the path of necromancy is an attempt to recognize knowledge and influence of rituals, symbols, actions, gestures, speech and speech communications, those influences on the destiny and health of the victim. Generally magicians believe that dark magic is an exercise in isolation and secrecy to have personal spiritual growth. They state that usage of black magic has been sustained since the earliest human cultures and deliver a significant spiritual, religious and medicinal use in many civilizations. They further added that theory of black magic is a fact which can produce a result somewhere else, cooperation with the evil spirits those causes the adverse effects and black magic is a scheme of knowledge used for adverse actions within societies.

In ancient Egypt, black magic consisted of different rituals that empowered the influence of Creator God Heka, these rites were practiced in temples and informal situations by priests along with their secular practice, to get the assistance from the deities, ghosts, demons, those were reflected to cause sickness, chance events, bad luck with poverty and sterility.

Generally, magic is divided into different categories. Here is the magic used by the wizards of today and there is black magic practiced by witchcrafts and wizards now a days and of ancient time.

All of today's magicians will readily acknowledge that they are simply practicing the art of misrepresentation and illusion.

Even the world's greatest magicians, those can make the statue of liberty disappear in front of masses eyes or cut a person in half and put him back together again readily acknowledged that they just deceive the masses and the stunt is based on some clued-up deception.

However, witchcrafts and wizards of black magic claims except that in reality they can change or defy the legal philosophies of nature and can compose and arrange the supernatural phenomena turn out. They assert they can bend spoons immediately by attending at them or can speak to dead bodies and have psychic abilities to read people's minds to know their past and can predict about their prospects. Hence, far, all those have claimed to be able to use incantations to talk dead or other occult means to reach the unimaginable happen, have all been shown to be frauds and humbugs.

Wizards and Witches of different eras claims, these powers actually exist and attainable by the worship of devils. Many Foundations in the world offers over a million-dollar reward for anyone that can prove any paranormal abilities. Thus far, many have sampled, only there have yet been no takers…

Large amount of dogma with their cults and creeds are also based on the supposed miraculous powers and miracles of their founders.

Regrettably, modern day’s seers used its abilities in the public figure of white magic to convert the multitudes. Many of their drills are founded on their sham thoughts and most of them are not familiar with it either… For instance, the use of black magic by the occult force healing system is a mere fraud and has its direct roots with evil spirits or devil worship.

I must be conversant with certain alternative practices in order to make certain that this practice is not grounded or rooted in the worship of devil to avoid certain illnesses immediately, which later on, only be restored to health by using soothing and sacred words from holy scriptures by a real pious and saint, categorically for proper and appropriate treatment of a victim of sinister magic.

Religious Satanists and harmful forces specialists also create confusion in innocent minds to worship self-made deities to obtain occult energy of evil forces... Mostly they were / are atheists or agnostic they saw Satan/Devil as an icon of controlling the world.

The Satanic Dabblers, pampered with black magic are in all-purpose “mutinous”. They performed hideous rituals and signs, telling people’s what is the immediate demand of god and what divine being wanted them to get along. While they have received such selected messages in dreams through personality enlightenment in their place of worship.

Most of the messages they received through enlightenment are for the kings or tycoons or four well-known prosperous and wealthy celebrities to caution them for defeat /loss or guarantee them of victory/ financial reach in front of fair game.

These wizards or witchcrafts also performed magic with odd superstitions all prevalent among masses with the magic wand tool… they found particularly easy to apply this method. Their popularity stands in a perpetually shifting environment? They are gaining importance in people opposite to these facts that satanic black magic establish and instill darkness, disease, hunger, and anything negative of adversity simply.

Some practitioners call their magic 'white magic' only to distinguish the difference in worship to invoke the demon. They have threefold law of vengeance. They trust that if anyone do good or evil deeds, will be paid back or punished three times for his/her deeds.

They use this predestined verge that nearly all of the background could be transferred in one pass.

They delude themselves and there is no true statement in their articulates conviction that all humans are unlucky and damned to hell because there is implicit element in human nature of transgression and sin, therefore, it is absurd to be an unadulterated life.

Devil worship and devilish practice of black magic could bring reputation and fortune to them...

Black magic, curiosity and oddity have a long and storied history and remain a voice of many religious beliefs, dogmas and customs.

Wizards and witches denounce that it is connected with imaginary thoughts that one can control the supernatural powers of black magic through ritualized behaviors to harm victims maliciously.

On the opposite, they strongly stand on it with arguments, these are religious demands of devil to save the world and remains part of their traditional knowledge and cultural tradition. Their ancestors have been praised occult forces to gain their support for black magic through different cults.

These culturally developed traditions often bear a large quantity of influence on those who view them. Their traditions are certainly associated with devil worship.

Many ancient and right away a day’s priest/seers of different dogmas felt that the employment of black magic is a means to obtain the desired resolution of whatever kind. They believed that one could turn others to their wishes with black magic. It has been included in their important mythical literature and mechanism.

In summation, they ignore strongly that black magic is an awful practice to harm others by devil worship through different objects and can jump back terrifically upon those who use it. They know, but they condemned that accused of black magic are even holly priests of the outstanding amount of cults, suffered by these debased and violated practice with the belief on devilish black rituals.

Worldwide, misguided peoples anxious to obtain its impermanent advantages through practice to get acumen for black magic by devil worship and violate every principle of decency exist in society and brotherhood, they stay to stick to the way of abusing, sacrament with blasphemous interpolations for the aim to cause a rival to wither out.

Widmung:
EXORCISM (EXPELLING AND BANISHING) [ TALISMANS] The complete procedure of Exorcism (Expelling and Banishing) is explained below, applicable either to ‘Exorcist’ or to ‘Victim’. The victim and exorcist of victim doing the exorcism, must cleanse their bodies and house. Food contains no beef, pork, or other red meat for victim and exorcist. All points must be restricted to victim or exorcist premises like dog, dolls, musical instruments, pictures/painting of people and animals, other magical amulets or charms (any variety) must be hurled into the melting water of rivers and follow the below procedure, step by step for expelling and banishing of black magic of whatever kind and evil spirits. Engage (11) long quills of peacock and clean the body of victim thoroughly in the sunrise before breakfast.........................