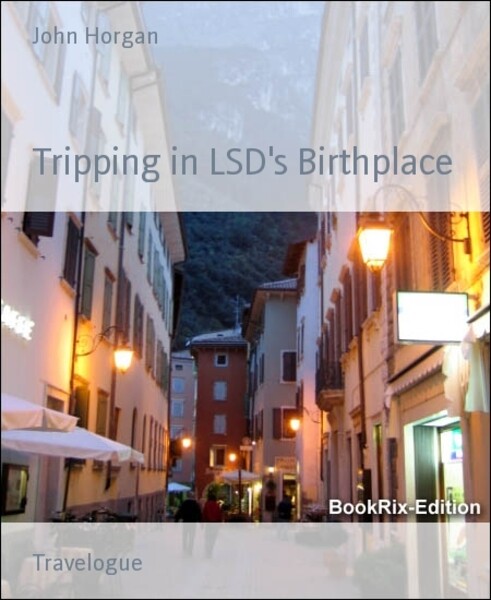 
One of the strangest trips of my life took place in November 1999 in Basel, Switzerland, while I was researching a book on mysticism I flew to Basel to attend “Worlds of Consciousness,” a leading forum for scientists studying psychedelic drugs. Basel was an apt locale for the meeting, because in 1943 a chemist working for the drug-maker Sandoz in Basel made the discovery that launched the psychedelic era. Albert Hofmann was investigating a compound derived from the ergot fungus when he felt what he described later as “a remarkable restlessness, combined with a slight dizziness.” He guessed that he had absorbed some of the ergot compound through his skin. Three days later, to test his theory, he imbibed an extremely small dose of the chemical, 250 millionths of a gram, or micrograms. He soon felt so disoriented that he rode his bicycle home, where he experienced all the heavenly and hellish effects of lysergic acid diethylamide.
Hofmann’s contributions to psychedelic chemistry did not stop with LSD, his “problem child.” In the late 1950’s, he analyzed Psilocybe cubensis, a “magic mushroom” consumed by Indians in Mexico, and found that the primary active ingredient is psilocybin. Soon scientists around the world were investigating these and similar compounds, which the psychiatrist Humphry Osmond dubbed psychedelic, based on the Greek words for “mind-revealing.”
By the late 1960’s, American officials alarmed about psychedelics’ surging popularity had prohibited their use, and legal investigations of the drugs ground to a halt. In the 1990’s, however, a few dozen scientists in Europe and the U.S. quietly resumed research on these odd compounds. When I learned about this work in the course of researching my book on mysticism, I was intrigued for personal as well as professional reasons; I had dabbled in psychedelics on and off since the late 60’s, when I was in high school.
It was therefore with great anticipation that I made my way to the “Worlds of Consciousness” meeting, held in a convention center just down the street from my hotel in Basel. The meeting offered two very different perspectives of its subject matter. In the convention center’s lobby, vendors peddled visionary books, art, and music. The hall also featured an exhibit of psychedelic drawings by the Swiss surrealist H.R. Giger. The drawings showed pouty-lipped, warhead-breasted, cybernetic vixens flayed, tortured, transmogrified by unimaginable psychic forces.
Beside this subjective evocation of the psychedelic experience, a display of “scientific” posters—with titles like “Psychoneurophysiology of Personalized Regression and Experiential Imaginary Therapy”--seemed almost parodically dry. The meeting’s schizoid character was reflected in its speakers, too. One group wore counterculture clothes and discussed altered states in a subjective, even subversive style. The other wore relatively conservative attire, including jackets and ties, and employed the clinical, objective rhetoric of science.
The guest of honor at the conference was a stooped, white-haired man with a fierce, Churchillian mien: Albert Hofmann. Now in his 90’s, he still avidly followed the field he helped create. One day we spoke during the lunch break, and Hofmann, in halting, heavily accented English, defended his “problem child” with vigor. He blamed Timothy Leary for giving LSD such a bad reputation. “I had this discussion with him. I said, ‘Oh, you should not tell everybody, even the children, “Take LSD! Take LSD!” LSD “can hurt you, it can disturb you, it can make you crazy.” But properly used, psychedelics stimulate the “inborn faculty of visionary experience” that we all possess as children but lose as we mature.
Hofmann recalled a psilocybin trip during which he hallucinated that he was in a ghost town deep inside the earth. “Nobody was there. I had the feeling of absolute loneliness, absolute loneliness. A terrible feeling!” When he emerged from this nightmare and found himself with his companions again, he felt ecstatic. “I had feeling of being reborn! To see now again! And see what wonderful life we have here!” The gruff old man stared above my head, his eyes gleaming, as if born again this very moment.
In his writings, Hofmann occasionally divulged deep misgivings about having brought LSD and psilocybin into the world. In a letter in 1961, he compared his discoveries to the discovery of nuclear fission; just as fission threatens our fundamental physical integrity, he said, so do psychedelics “attack the spiritual center of the personality, the self.” Psychedelics, Hofmann fretted, might “represent a forbidden transgression of limits.”