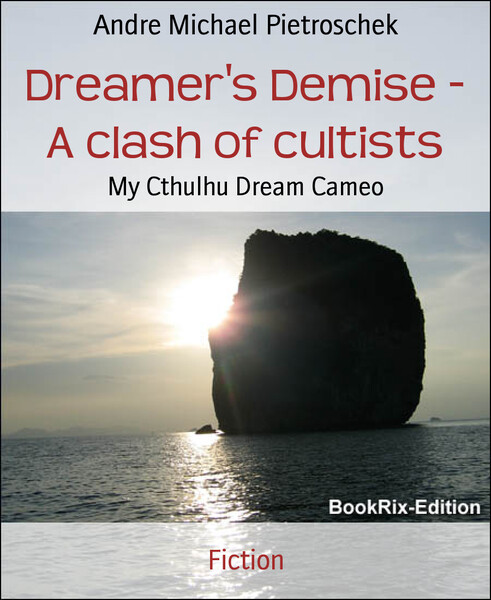 No warranties. This ebook, the podcast it is based on, and its context are works of fiction. Names, characters, events, and locations are fictitious, or are used fictitiously. Any resemblance to actual persons or events, living or dead, are entirely coincidental. The ebook contained herein constitutes a copyrighted work and may not be reproduced, stored in or introduced into an information retrieval system, nor transmitted in any form or by any means (electrical, mechanical, photographic, audio recording, or otherwise) for any reason (excepting the uses permitted to the licensee by copyright law under terms of fair use) without the specific written permission of the author.

Before it happened, I had them fooled. Our coastal ones were so zealous and overtly ambitious, on whatever Dagon could promise, that they simply did not care, how I handled my personal studies. Splendid. Our rural ones were content with not being cheated on the summoning rites, and once more i could call myself lucky. Though it was a learned modesty, and not only luck, when it came to my occult studies. To me, they had been an inherited familial duty. Some minor ambition arose, when I saw personal benefit. I played it saver than those, who thought recklessness alone wins the proverbial battlefield. It rarely does, and winning the field does not mean surviving the looting, or the return home to that medieval castle. I can not agree on the Miskatonic university overshadowing our existences, and neither would I see them, as nothing, but the enemy! Don't blame the chicken for knowing what the fox's arrival heralds. It often is as simple as that. Occult practice has certain demands, but factually it is degeneration and cultural priorities, which explain, why we face a more downtrodden lifestyle.

Helping out at the gasoline station was my dayjob. And I had done it this day, just as so often before. It was about time I went home, for my own plan was to meet a fellow occult delver in the dreamlands. Driven by an euphoria, which I could not call pious, my walk home had a dangerous amount of swagger in it. I felt good, but knew the warnings about euphoria, when it comes to secrecy and occult rites. Two hours later, lying unto my simple bed, I felt the special tea starting to work. I had acquired a lesser formula as a reward for services best left unspoken. While I am not fully auto-didactic, one reason for me to call my own ways the lesser path is that such alone made me get away with that. Going unscathed, when one lives as a human body, sure has benefits, which life beyond does not offer to mankind. And honestly, I was far from an accomplished sorcerer. Surprisingly educated and dilligent hedge wizard to some, dabbler in dangerous half-understood pseudo-sciences to others. Eager to make my move I fell

Widmung:
Life. Mother Nature is still a force to be reckoned with.