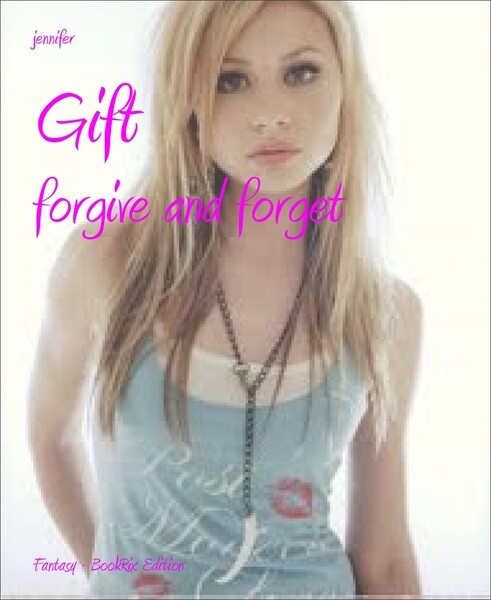 If you get a gift you feel happy. You get it you keep it safe. If you lose it you will never forget it. You get a gift you look after and love. but sometimes you can obuse it or its used against you.But if the gift was painful, you would not want it. You'd just toss it into the trash. though it might hurt the person who gave it to you. But its easy to forgive and forget.
But mine. You never forgive nor forget.
I wish i could but mines no gift
Its a cursed nightmare.

can there be anyone so shallow?
well i guess there is. i hate Suzanne, she's naive she believes evrything and she eavesdrops. she says she just happens to pass by and hear. so it takes a person that long to walk by! and hear everything we say to!
I'm at home now with Suzanne and my best friend Lizzy
sorting out the problem. so i tell mum about telling Lizzy a most trusted friend our secret
and Suzanne eavesdropping and blabbing her big mouth
off about it to the whole school some believe and some don't. but its true She's not lying
i CAN see ghosts and bring back the dead
i don't know myself how i got it but all i know is that
I'm the master of life and death
...........................


i go to school today. im going to keep a low profile but its a big fail everyones around me .
asking and asking and asking the same old question can you see a ghost?
i keep my mouth shut but of course i do see a ghost its staring my right
in the face.

i scream in shock
im staring straight ahead. the ghost turns to look behind him before realising im screaming at him . he looks no older than me around 14,15 maybe. the people around me stop and stare around like stupid confused pack of dogs waiting for their owner to react first. i turn on my heals and run down to the utility room until i realise that nearly my whole year knows i hide here when im upset. so i sprint up the stairs to the unused classroom and sat on the desk. recaping the last few moments of terrifying memories. but i feel some one watching me. as i turn i nearly fell off the table in fact i did i landed with a thud onto the hard carpeted tarmac floor.
the boy was laughing his head of literally .his head flopped right off and landed ont the floor. he continues to laugh at the look on my face. revolted and amused. "hey im Logan,whats your name?" he says cheerfully but still choking with laughter. "Kara" i manage to whisper.

Thank god its break could get into serious trouble
"nice name” he says "my name used to be Gale but the death president named me Logan so as long as im dead im Logan.its said their is a person who can bring back the dead back into humanity be the age they died in. for all i know it could be you!" I looked at him curiously. He was very funny in a way but he still creeped her out. "Maybe. But all I know is I can see you and I can talk to the dead." I say firmly. He looked at me with so much shock his face went darker if that could happen.

Widmung:
To my family.mum,dad,cindy and Michael for giving me the time and the my turn for use of the computer. And to bookflix for this very website