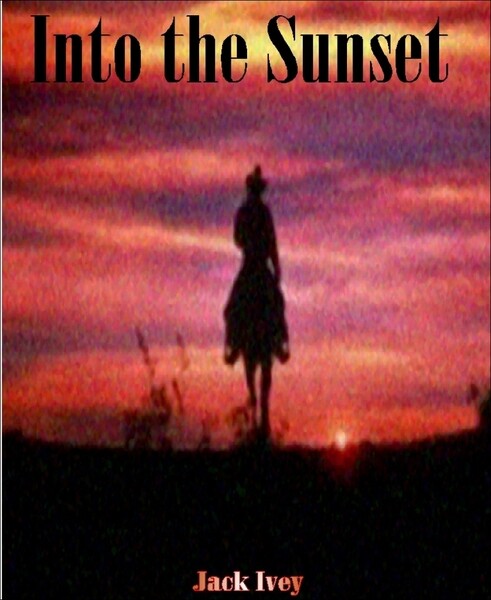 Colonel John Hamish rides into town slumped over in his saddle. The strength to sit upright has slowly seeped from his wounds. Though not lethal, the wounds have depleted his body of the nutrients it needs. The sun has been most unkind, glaring in a cloudless sky for days on end. It is the dead of summer, and even the night air allows little relief from the heat. His horse foams profusely from its bit-shackled mouth, dragging its hooves as exhaustion grips tightly to its every muscle. The weary steed is barely able to keep ahead of the dusty dry cloud it creates.

The journey to this tiny settlement took three days—from what Hamish can remember, though to lose count would be easy for a man in his condition. Hunger rips at his stomach with unending abandon. He'd left Fort Parmidor on Friday, but his memory of this action is now shadowed within the hazy fog that grips his mind. What had caused him to leave his comrades at the fort was something he wrestled with during his trek across the plains. Hamish digs deep to remember the battle—the last battle he fought. His mind draws a blank. He can hardly see their faces, and the names of the men in his regiment elude him. His hunger is insatiable, clawing at his insides. He needs to find something to eat soon, or he will go completely mad. This hunger is something he can’t fight as easy as that melee back at Parmidor.

Memories begin to come back to him. Indians! He remembers Indians; savages on horseback attacking the fort. It happened at first light. Yes, that's it! He was in his bunk asleep, trapped within a nightmare. He remembers waking from the nightmare when he heard…what had he heard? A bugle blaring? No, it was no bugle—it was screaming...

Food, he needs food, nourishment of some kind. But it is late, and the small town of Broken Branch is asleep. Someone will be awakened for Hamish must eat! He falls from his saddle; his body hits the street, causing a cloud of dirt to swirl over and around him. One of his three remaining brass buttons releases from his jacket and rolls in a short path away from him, leaving a straight line etched in the soft road. The line reminds him of an arrow. Yes, an arrow! He was hit in the shoulder. He reaches his hand to his left shoulder and confirms the wound. Still fresh, still alive, teeming with activity. What the hell kind of talk is that? He thinks to himself.

He remembers being hit; he was just outside the gates having returned from -- bodies. Mutilated bodies flash through his mind. His men, their screams, the screams that woke him-- their skin had been torn from their bodies, skinned -- alive? Yes. They were screaming, agonizing screams; his head had pounded from the sound. He had moved about the bunkhouse, going from bed to bed checking his men, finding them—oh god!—without skin; writhing in pain, reaching for him, the looks on their skinless faces. How could he ever forget? He did not want to remember.

Hamish shakes off the horrible memories and works his way up to a standing position. He scans the town in which he has just arrived. A barber shop, mercantile and the sheriff’s office all in a row behind a boarded walkway. He spies a bank—First National Bank, he reads on the window. He doesn't need money; he needs food. The pain in his stomach feels like someone is boring a hole in his side. He sees the Last Chance Saloon at the end of the street and a short chuckle escapes him; he hopes it's not his last chance, but if he doesn’t eat soon, it just might be. The shadows of the matchstick buildings lay lazily upon the ground by the light of a full moon. No other light is showing; no one in the town is stirring -- stirring?

A new memory is triggered. He was tied... tied to a pole—or was it a tree? Yes, a tree. And they were stirring something in an earthen clay bowl. The bowl was decorated with brown and red paint, colorful yet muted.

What does that mean, colors, muted? He tries hard to remember, but his mind can focus on nothing for long but his need to eat. The hunger is rooted deep in his suffering like a plant. Plants! In the bowl!

The plants were unknown to him, local he believed, but not anything he was accustomed too. His captors ground the plants upon a stone and stirred them into— into what? He strangles his mind to release the answer: stirred them into— an elixir. A potion, they had called it. Yes, a potion that...

Hamish is startled from his thoughts by a noise, movement; perhaps a source of food coming from behind some nearby barrels. Using what little energy he has left, he obeys the hunger, and slowly moves in the direction of the noise. The pain is killing him, literally tearing his stomach to shreds. If only he could…

Damn, it’s only a cat. The slender black feline meanders down the street, but does not cross his path. It might as well have crossed my path, he thinks. My luck can't get a whole lot worse. Then something catches Hamish's eye. What is this? Growing beneath one of the barrels are small green leaves with twisted veins. It's the plant... that damn plant the Indians were crushing and mixing into their potion. Indians!

More memories come rushing in. He'd been captured. They'd caught him off guard. He'd been on a routine scouting mission when those damn savages had crept into his camp and taken him in the night. He'd thought they were going to kill him, but no, they didn’t. They- they had tied him to a tree, and he had watched as they concocted their recipe, this... potion. They had used a knife to cut open his shoulder, then smeared the...

A rooster crows; Hamish blinks back to reality. Dawn must be close at hand. Hamish looks to the east and finds a faint hint of gold is peeking above the deserted horizon. Soon morning will call, and the townspeople will be about. He moves slowly towards the closest building—the barber shop—the hunger pleading, begging him to satisfy it.

Another memory flashes into his mind: He could not take anymore of the pain, the desperate pain the potion caused as it was placed on his open wound. They laughed; those damn red skinned bastards found it funny. What did they put on my wound? It burned like fire. He could feel it moving through his blood, consuming him. God! the pain, the pain! When he awoke, he was outside Fort Parmidor, banging on the gates, screaming to be let in. The guard had recognized him, and the gates had opened. He was back and he was alive, or so it had seemed.

The memory fades, and Hamish finds himself back in Broken Branch. He forces his steps up onto the plank board walkway; it creaks under his weight. He walks inside the barber shop. It's empty. The chrome and leather chairs hold no one, it must be too early. Food... he just needs food. Hamish must eat! He braces himself against one of the barber's chairs, and closes his eyes. His mind travels back in time.

He is safe, back inside the walls of Fort Parmidor. He makes his way through the fort until he reaches the barracks. His men are sleeping peacefully, there is no movement inside. And then... screaming; that terrifying screaming, raging against his brain. Why are they screaming? It is just him, Colonel John Hamish, he just needs to eat and he cannot control it... his appetite, the appetite for human flesh. The potion! That damn potion they called carnecenar. He remembers now: carnecenar: flesh eater. His soldiers' fire on him with rifles and slice at him with their knives, but it has no effect. Their weapons pierce his skin, but he feels no pain, and there is no blood. Well, not his blood anyway. His men put up a good fight, but all succumb in the end to his craving for flesh.

The barber walks in, waking Hamish from his nightmarish memories and shouts, “Who are you, what are you doing…” Hamish is on him, eating his flesh before he can even finish his sentence. Hamish must eat! The barber’s cries, his deafening screams, resonate in Hamish's head. The townspeople come running to the sound of the dying barber's screams. Hamish smiles a ghoulish smile, blood and flesh dripping from his mouth. It is time to feast.

Twilight approaches as Hamish places the last body on the pile. He climbs back upon his horse, his appetite satisfied for the time being. The next town is three days away. I can make it, he thinks, as he rides off into the sunset.