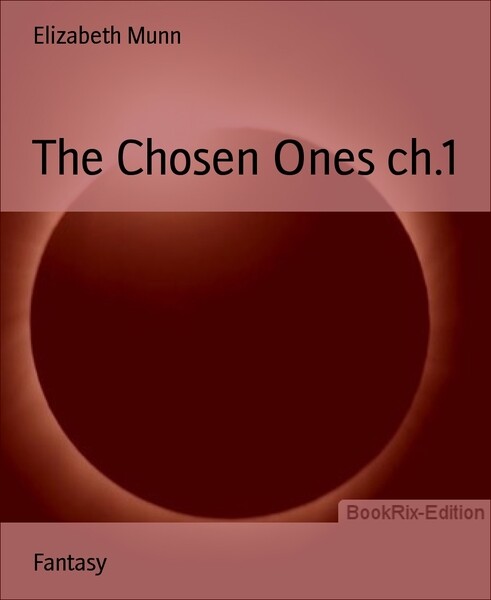 Firey hot flames licked my legs, giving me confidence. This didn’t feel the way I thought it would, orange heat burning my body, but instead the feeling of stepping into a Jacuzzi. It feels like you rule the world, like something that had been bottled up inside you and just exploded open. I feel light as a feather, floating into an unknown world, where no one could laugh or make fun of who I am. I am a Chosen One. I realized that as Alexander took my hand guiding me out of the fire. I didn’t burn, which means I have passed the test. The test to being a Chosen One.
“You are now a Chosen One, Karaleyn. You know the duties you must attempt,” And I did know. The Chosen Ones, when the time comes, must destroy the Dark Shadows, making sure that they do not take control of the Earth and turn it into a place of Chaos. But to prepare for that war the Chosen Ones have to go to Le Faye Academy to help them train. There are seven Chosen Ones, but now, including me there are eight, all of which have a special power.
Bubbling up in the fire was a scrap of burnt paper, which is supposed to show my special power, reading ‘raiser of dead’. My heat beat slowed, my breathing got heavier, I can raise the dead. My hands, clutching the paper, were clammy, but they’d been that way ever since I got here. My eyes wandered from the paper to the audience I have here, the rest of the Chosen Ones. A few of them had surprised expressions when ‘raiser of dead’ showed up in the fire, Alexander and Mary Anne smiled, the rest of them stood there expressionless and speechless. Through the dark, my eyes met with Alexander’s sparkling blue ones, they reminded me of a restless sea waiting for victims to jump into it’s waves. Then I pulled away, afraid of the strong emotion that hid inside his eyes. The thing I wonder is, was it a positive or negative emotion. I do not know. It is party now so I’ll have to deal with that later.
Katherine popped open a Champaign bottle and started to pour it into glasses. I was pretty sure all of us are under twenty-one, but I guess that’s just something they do, or now, we do. I took mine and it tasted terrific. Everyone was talking except Mary Anne who was just laying against a tree, watching everyone else. I started to walk over to her, deciding it wasn’t a good idea to wear high-heels when you’re going to a ritual, making you a Chosen One in the woods. I’ve already tripped twice.
“Why was everyone surprised when I got this?” I asked her showing the paper with my power on it. I’d been having to hold it since my black dress didn’t have any pockets.
“Well,” she started, “When Alexander had his ritual, he didn’t get a special power. So we just thought that you probably wouldn’t either. Not only that, no one has been able to raise the dead in centuries. You have a rare power.” I couldn’t believe it, happy Alexander had no power. “ We should probably get back to the party,” she was right but I still couldn’t believe Alexander had no power.
Everyone was sitting around the fire when we got back. I sat down in between Mary Anne and Alexander, out of all of them I’m most comfortable with those two. Mary Anne, one year older than me, is like an advisor and is a good friend. Alexander is my age and I like him, a lot. Then out of nowhere Katherine said that I should try out my new power. Everyone else agreed so I decided that might as well. I had been fidgeting with my paper, then as I turned it over there was writing, I think in Greek. The words read . I don’t know how, but I said them. I had never taken Greek before, but I knew what it meant. Then a woman appeared in the fire. You could see her but she wasn’t solid, she was dead. The woman started to speak, “Beware the Dark Ones, when the moon is full they will attack, you will be weak, so prepare. Are you ready?” She gave me and most likely everyone else goosebumps.
“When the moon is full, that’s less than a month. How will we be strong enough in time?” Mary Anne looked worried.
“We won’t. Didn’t you hear her? She said we will be weak,” Elena replied. She looked sad and flustered too.
This isn’t going to be good. I know that this is going to be the biggest war between the Chosen Ones and the Dark Ones in centuries. And we won’t be ready unless we really get to work and get about a thousand times better than we are now. I mean, I just became a Chosen One, I know that I definitely have a lot to learn.
I look up at the sky and wish upon a star… that we’ll be ready, that everything will turn out right. I just wish.