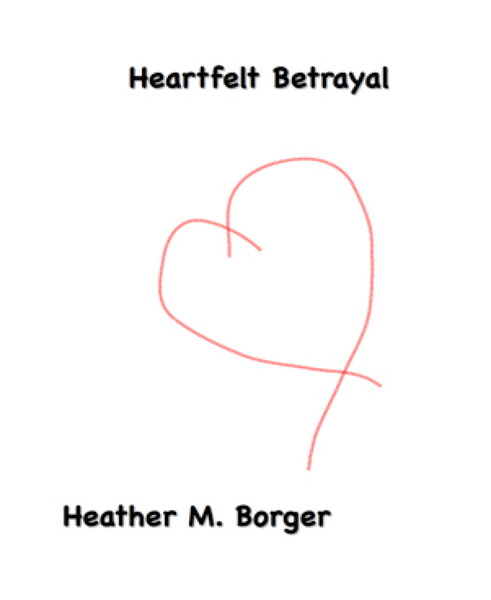 Chris absentmindedly pressed the button on his TV remote. He had passed through almost 30 channels by the time he realized he wasn’t paying attention nor did he even care what was on television tonight. Chris only watched one thing anymore, anyway. Standing slowly, he moved toward the television and turned it off. Maybe he’d buy a newer one someday - one he could turn off without getting up. He picked the beer up off the counter and took a sip. The rim of the bottle never had a chance to leave his mouth. As soon as the warm beer hit his lips, Chris spit the disgusting liquid back where it came from. It sprayed out the sides of his mouth and he sighed, slamming the beer back down, shaking off his wet hand, and feeling disgusted with himself. He shouldn’t have let it set out on the counter for so long. He hated warm beer. He hated a lot of things lately. He hated promising his Anger Management coach he’d have only one beer a day. He hated that his coach felt it would be a good idea if, in a few months, he’d cut back even more. He hated that the one beer he was allowed today was sitting on the counter - warm and useless. He hated the empty feeling he’d experienced over the past two years. It grew inside him and consumed more of him each day. Ironic how emptiness can consume and fill you. Not interested in walking across the tiny kitchen to go to the refrigerator, Chris turned back into the living room and picked up the recording from the premiere night of his most recent film. He dropped it onto the DVD tray and sat back down on his couch. Pressing ‘play,’ he focused on the beautiful face that stared back at him. More than anything, he hated how he’d not seen Beth for the wonderful woman she was when he had the chance. He would be so happy if she was in his life now. Instead, he watched the interview from the premiere of the movie she acted in, hoping each time that she’d answer the final question differently. She never did.

The interviewer asked enough questions, but the last one was the question Chris almost never watched. Tonight, he would use it as a reminder of what he needed to do and how little time was remaining for him. The interviewer asked her question with a smile, not aware of the pain it would cause. “Speaking of your beautiful new gown, I didn’t miss the ring on your finger. It must be new as well. I don’t remember seeing it in any of your recent interviews. Will you be shopping for a white gown in the future?”

Beth reached her arm around Scott and looked up at him before continuing. Her smile grew as she answered the question, “Yes. As a matter of fact, I will be back in LA to visit my favorite boutique in a few months.”

Chris cringed. He stopped the tape and rewound it a few seconds, then watched it again. His pulse raced. She smiled like she had never smiled before. He hated himself for not giving her more reasons to smile when she was with him.

The movie premiere was a few months ago. If he didn’t act quickly, Beth would be married shortly and he’d lose everything. He knew that once she married Scott, she’d never give him a second thought. Before the wedding he might stand a chance, but not after. He played that heart-stopping question once more, this time pausing the film so her smile radiated out at him.

Chris knew what would help him. He picked up his phone and called Walter, his Anger Management coach. It took a few rings, but Walter eventually answered - just as he always did.

“What can I do?” Walter’s concerned voice was always calming and supportive.

“I’m not going to be able to go through with this. I’m not good enough for her.” Chris’ voice shook as his self-confidence diminished.

“Have you been drinking tonight?” The question came not as an accusation, but rather a reminder.

“No. I opened a beer, but it got warm and I when I went to drink it I couldn’t. I didn’t open another.”

“Yeah. I hate it,” Chris complained.

“Talk to me about it hurting,” Walter prodded, hoping to make Chris more aware of his feelings.

“I can’t stand how happy she is with him and how much she despised me the last time I saw her. She’s never going to want to even look at me, let alone talk to me enough to give me another chance.” Chris’ voice became louder as he spoke, anger edging in.

“Chris, listen to me.” Walter’s voice was stern and his order demanded Chris’ full attention.

“Right now you are the person you want Beth to see. Sure it hurts to be vulnerable, to feel pain and regret, but right now, you’re the man Beth knew was there all along. Right now you’re the person she wanted to get to know in Arizona. You need to have faith and believe in yourself. You can do it. You have the courage and strength to approach her and talk to her. And, if nothing more, you can apologize and let her know how sorry you are.”

“That won’t be enough. I need her back.”

“I don’t know if I could handle her rejection. What if she tells me to get lost and I lose it?”

“How can you be so sure? You didn’t see what I did to her the last time she left me.” Chris cringed as he remembered seeing the fear in Beth’s eyes from the pain he had inflicted on her.

“I believe in you.” Walter’s voice was strong and still held the determined confidence. He didn’t waver. His voice didn’t shake. He believed in Chris. He trusted Chris. And Chris could feel it.

“Okay. I’ll give you a call tomorrow,” Chris promised.

“Good. Now remember, show Beth the man you are now. Don’t let her catch a glimpse of who you were.”

Chris hung up the phone. It didn’t surprise Walter, It was Chris’ way of doing things. He never said good-bye.

Chris set the phone down and leaned back on his couch. He needed to work out his plans. After finally uncovering where Beth had moved to, and learning she had recently been hired by a university near Scott’s apartment and about an hour outside the small town she grew up in, his next few moves fell into place. Chris found a place to park his RV just a few minutes from the university and immediately began watching different buildings on the campus. Knowing Beth’s softball background and desire to coach made it easy to locate her office inside the Phys Ed building and after only two days, he knew her schedule. He had watched her leave every night for a month now. The past few weeks, he tried to announce his presence. Her reaction to his truck, while not at all what he had hoped for, was obvious. She recognized him. She knew it was him. Monday he’d approach her and confirm her suspicions.

Walter sat back in his chair. He considered calling Chris back and telling him not to approach Beth. It wasn’t right for him to pursue her expecting her to come back to him. All along this journey, however, Beth was the only reason Chris wanted to be a better person. Walter used that knowledge to keep him on track. Now that Chris was finally to the point where he felt ready to follow through with his plan, the reality of how wrong it was to encourage him set in. He should have explained to Chris that this wasn’t the best way. He should have helped him see the value in being a better person for himself. But Walter understood exactly how he felt and, in a way, he was living out his own hopes and dreams through Chris and the possibility that Chris might have a chance at winning back the only woman he’d ever be able to love completely.